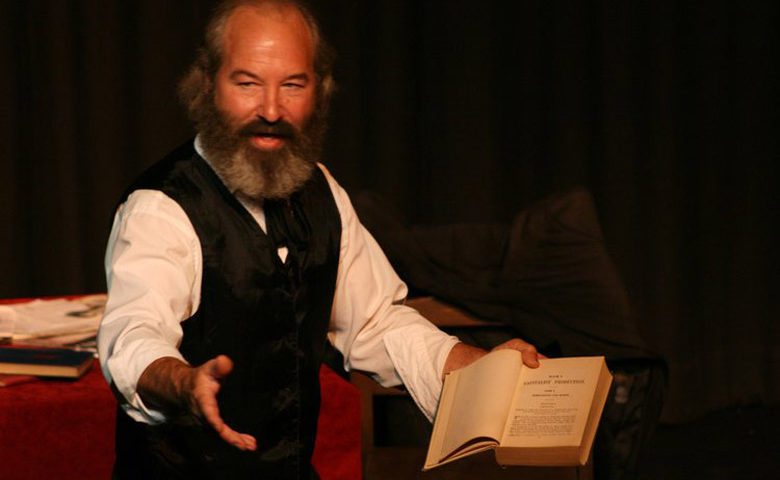 MARX IN SOHO is Howard Zinn’s attempt to paint Marx’s theories as prescient and interesting. Bob Weick, as Karl Marx, makes them completely engaging in this one-man play. Marx has returned from heaven to explain his now distorted ideas and ideals to a modern audience. He argues that the problems of yesterday are still the problems of today: war, poverty, political corruption. We just smell better.

This wry humor and brevity is exactly what Marx’s wife Jenny says he’s missing. Zinn takes her imagined suggestion to heart and mixes political theory with entertaining scenes and people from the Marxs’ life. Bob Weick fills out these parts by addressing different characters in turn. He doesn’t become them directly, but plays Marx impersonating them. His eyes twinkle with devilish amusement when he describes his interactions with the anarchist bear of a man Bakunin. His love for his family is evidenced in his voice’s subtle tenderness when he repeats their thoughts. But most of all, his passion rings forth at the real injustices the working class suffer. The play borders on preachy, but Weick’s delivery, especially in his last lines and final swigs of beer, make it palatable to the masses.