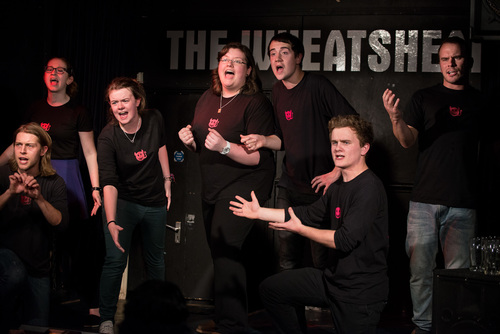 The Oxford Imps bring loads of energy and good will. Their show cobbles together set-up bits and wild new inspirations. Their stuff is very good, though sometimes it sags in the middle. But that’s the way it is with true improv. If an improviser stumbles or stalls for even an instant the audience is asked to yell, “Die! Die!” And the shamed one drops down for awhile. At the show I attended they brought a former Imp up on stage with them. He was amazing and they all worked together seamlessly. The Oxford Imps show you a good time. [Gilded Balloon Treviot, Edinburgh, August, 2017 oxfordimps.com,  media@edfringe.com]