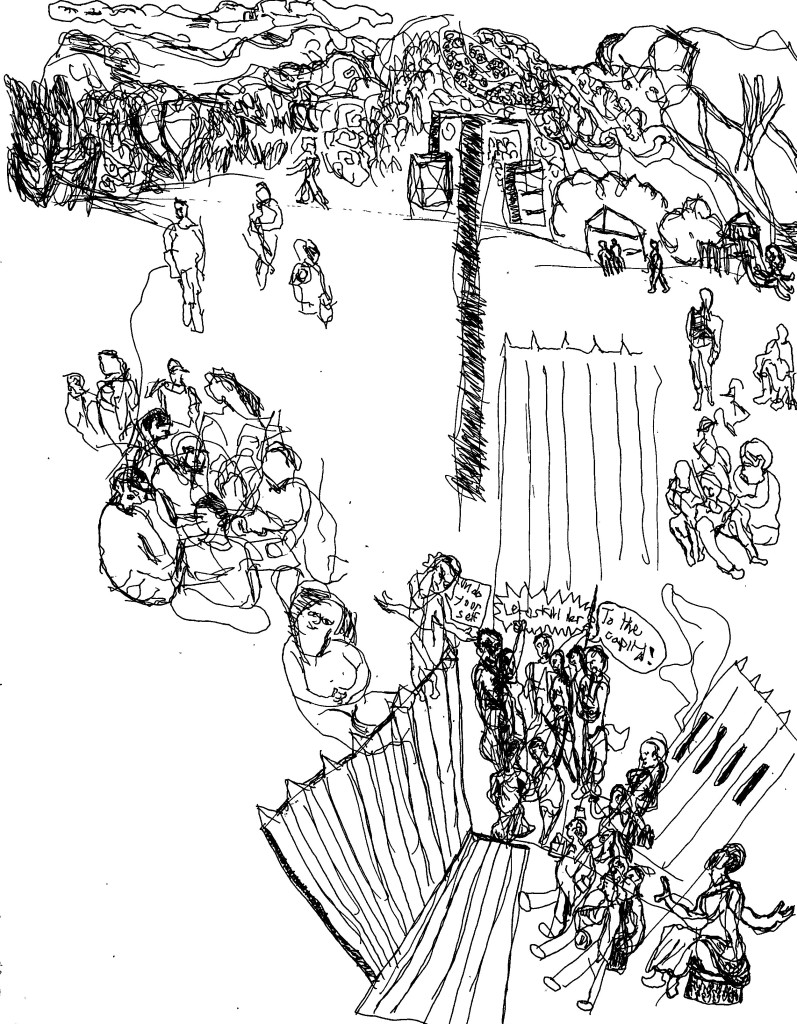 The audience gather together on two adjacent hill sides and in the middle is a stretch of grass. The fortresses are made up of walls and the stage utilizes a drawbridge for dramatic entrances and exits. Coriolanus by William Shakespeare is about a warrior named Coriolanus struggling for political power and emotional ties with the people. The incitement from the senators in government is for Coriolanus to rule in consul. It is Coriolanus’s ignorance that disrupts the city. The senate meet in the grassy area before us and we are all surrounded by the approaching cityscape. Cominius , played by D’Arcy Dersham, a chief Roman general spins the artifice of valor and scars to be rewarded for Coriolanus as a great warrior.

The people give their blessings by staining Coriolanus’s robe with red paint like the wounds which he distinguishes with honor but without any concern for the people. The first citizen, played by Christina May, speaks for the people to protest the ruthless character of Coriolanus. Volumnia, played by Judith Lightfoot Clarke, raised young Coriolanus to be a warrior and not a ruler. Shakespeare’s Coriolanus features the classic fate of a great warrior in Roman times and who becomes a legend. 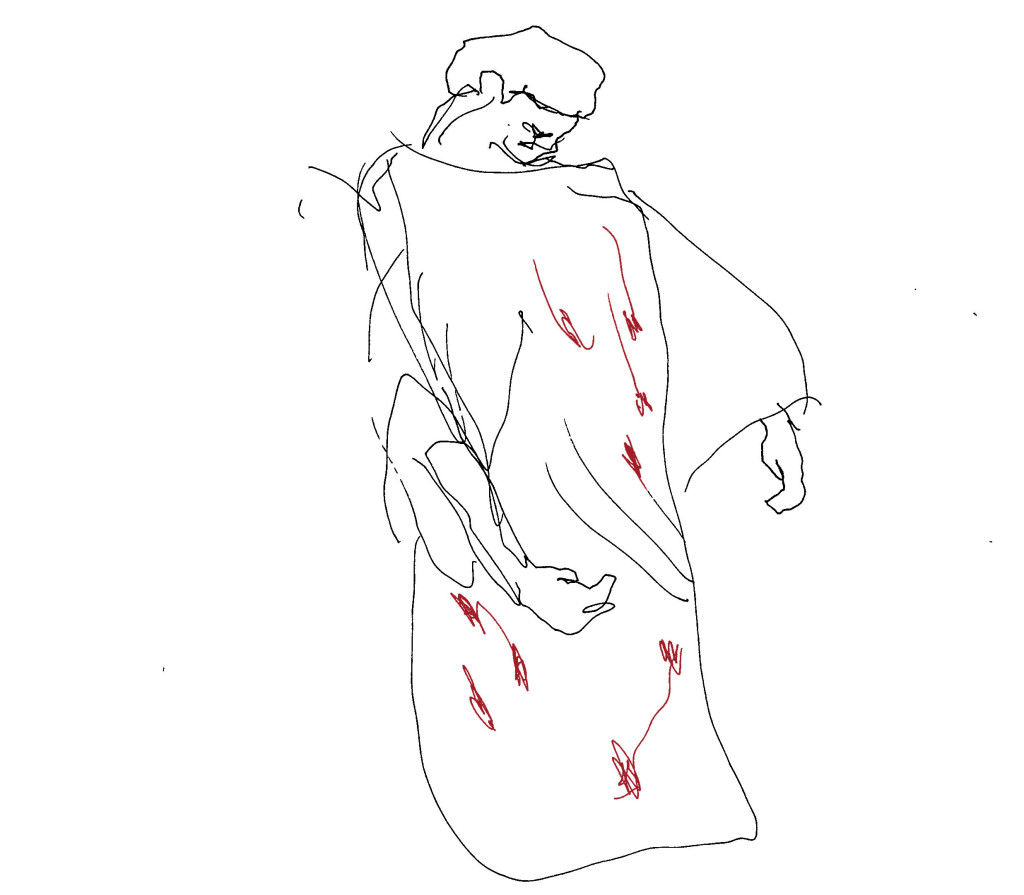 Coriolanus, played by Charlotte Northeast, announces she is going to the market to convince the people with battle scars. The people are dressed in shawls, and come out carrying a weight on their shoulders. May’s plebeian role stands out from the rest, but it is Titus Lartius, played by Iman Aaliyah, who is heard loudest. It exhibits a warrior mentality, “we will make them know our minds!” This informative structure of a political sway is designed perfectly for the nature of being outdoors and in the real world. Theater speaks to us through simulated reason which recreates this crazy world.

The question of valor is whether Coriolanus is about a general or a political leader. Are the people in power courageous to elect a ruthless ruler like Coriolanus, or is the organization of plebians led by May as a group showing valor? Coriolanus ends in darkness, and the natural setting of Shakespeare in Clark Park turns spooky when Coriolanus defends Rome and dies for the plebeians, the patricians, but most of all for the city of Rome itself. We are left in darkness, Shakespeare lends us his words, “make the best of it,”is the Roman lord’s advice and Aufidius, played by Emily Kayr Lynn, reminds us of Coriolanus’s legacy, “a noble memory.” Aufidius is a rival of Coriolanus and slays him when the vote of the people is graspable for Coriolanus. The lighting by Drew Biliau reminds us of a dramatic injustice in authority, but this murder is no revolution! Kittson O’Neill’s direction is a riot, a public spectacle, a battlefield, and effectively wins the audience with allowing the voices of young children to be heard.