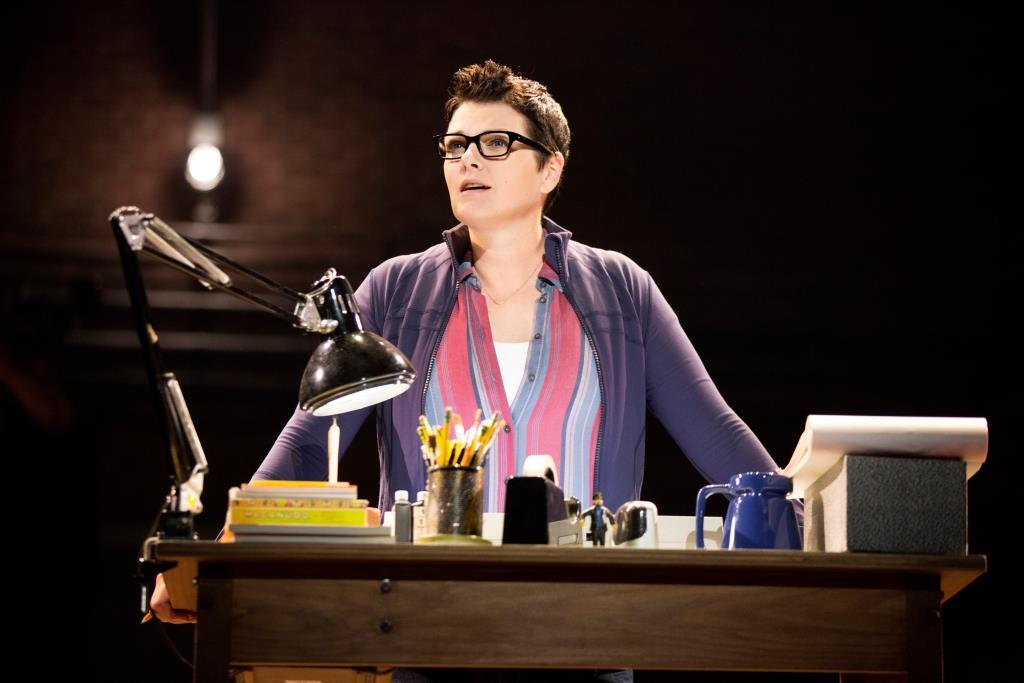 There was a perfection to the timing of FUN HOME’s arrival in Philadelphia: Pride Month and the week before Father’s Day. Both themes — grappling with sexual identities and with strained paternal relationships — are tackled with humor and soaring song, even when they veer into the tragic.

Based on the graphic novel by Alison Bechdel (of Bechdel test fame), FUN HOME follows an adult Bechdel looking back on her youth in Lock Haven, Pennsylvania, her college years at Oberlin, and her relationship with an emotionally unavailable father, Bruce. The title alludes to what Small Alison (that’s the child version of our protagonist) and her brothers called the family funeral home. It also seems to be a nod to the family’s Victorian house, which her father is obsessed with restoring.

We learn early on in the show that Bruce is a closeted gay man who will eventually commit suicide. When that suicide occurs mere weeks after Medium Alison (that’s the college one) tells her parents she’s gay, she wonders: Did her own coming out contribute in some way to her father’s unraveling? The most poignant moment of the show is when Alison and Bruce go for a drive while she’s home for winter break and she desperately tries to convince herself to address their shared secrets. He’s too self-engrossed to hold a conversation, and Alison doesn’t get much closure before his death.

But somehow, the show is really funny, too. Alison as all-seeing protagonist — played by Broadway star Kate Shindle of LEGALLY BLONDE: THE MUSICAL fame — is sarcastic and self-deprecating; if anything, she’s underused. And when Medium Alison finally names the attractions she’s had her whole life and has her first hookup with a girl, she belts out that she’s changing her major to Joan — specifically, sex with Joan, with a minor in kissing Joan. She’s adorably awkward and you’re excited for her for finally getting a win.

FUN HOME is a study in want, in change, in growing up, and in being grown up and, perhaps, seeing your parents as they are: flawed humans, just like you.