The InterAct Theater presents realism distinctly by going behind the scenes of a working kitchen in New York City. HOW TO USE A KNIFE by Will Snider at the Proscenium Theater uses a kitchen environment showing drama confined by the industrial space, and on a larger scale a government corruption. (read Phindie review). 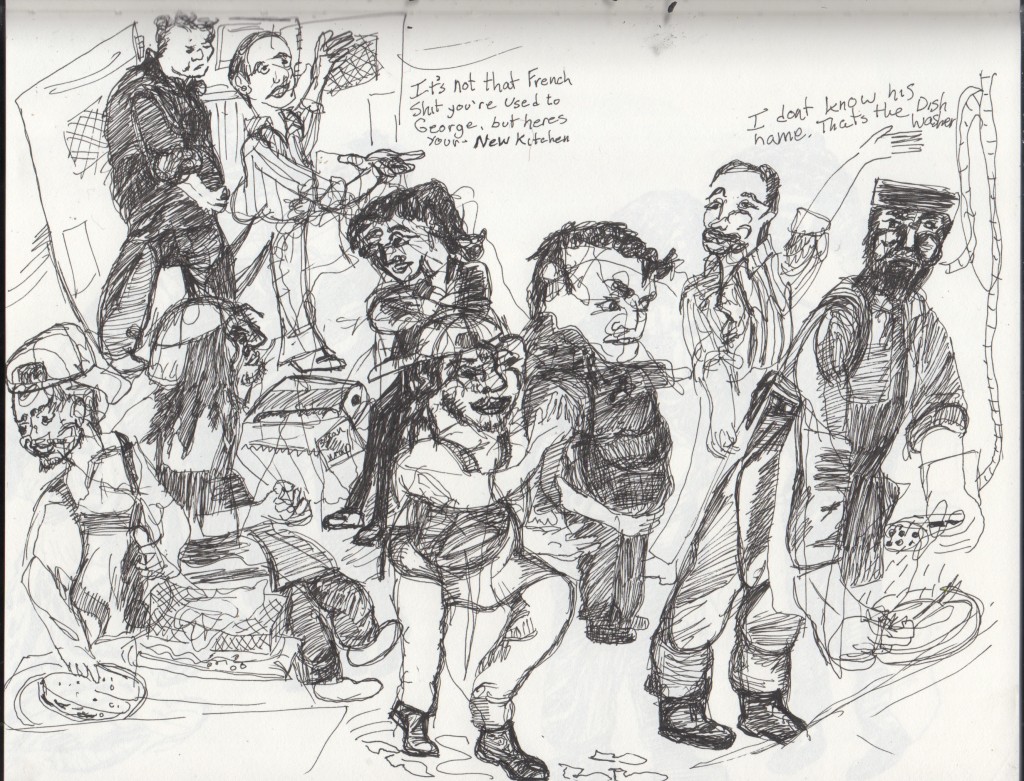 The mess that comes about in this kitchen is more inhumane than unsanitary. For starters, the busboy, played by Trevor William Fayle, throws up red wine. The subcontext of this play is sickening, but the context of the play is an insensible manager, played by Jered Mclenigan, and the consequences follow a similarly ugly pattern. The Mexican and Guatamalan cooks set the stage for unprecedented horror by humoring the audience. One is Miguel, played by Angel Sigala, an innocent hard working immigrant. The other is Carlos, played by J Hernandez, who is more critical of the corruption. 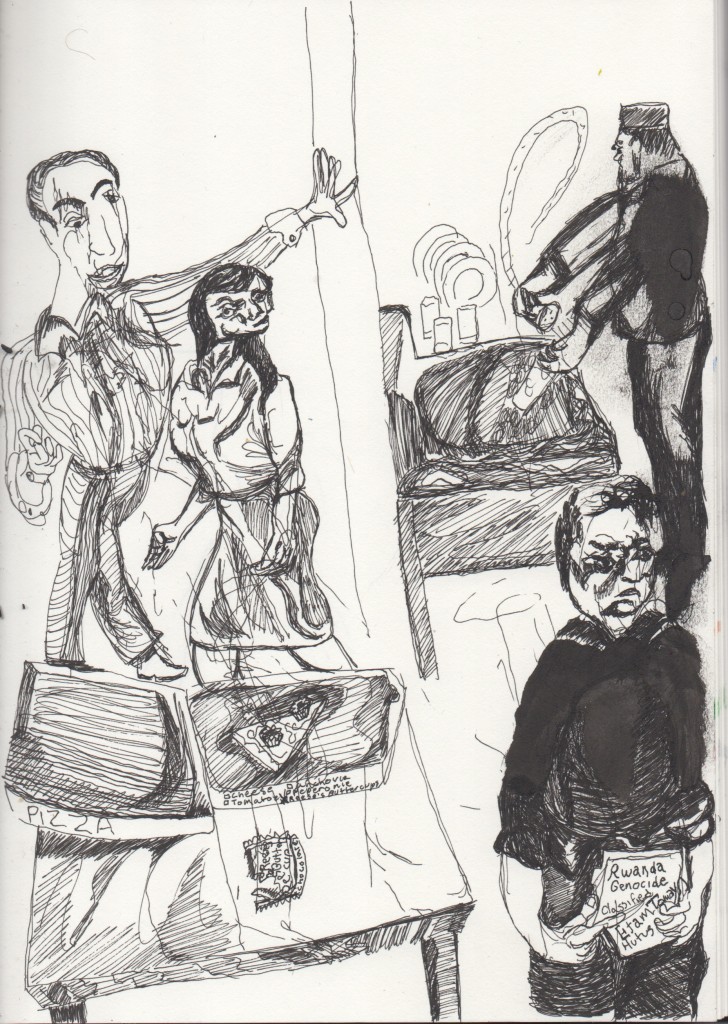 The play uses blackouts which splice the mundane with an unspeakable act of genocide into the dialogue. The Hutu ideology that floats above the scene of How to Use a Knife is the corruption. The service industry is the stage to pursue a Tutsi assailant. The dishwasher in this kitchen is a symbol of the atrocities that occurred in Africa. Did the terror that engulfed in Rwanda wipe out the human spirit of this person and many, many others? The dishwasher , played by Lindsay Smiling, calls the Hutu ideology, “doing genocide” but his name is Steve and we don’t know what to believe. The calmness in his speech that deconstructs the aggression we normally associate with mass killings. As opposed to the federal agent for the International Tribunal who enters the kitchen with rage and gives out orders. Kim, played by Maria Konstantinidis, is looking for morality to be restored. Yet the events that took place in Rwanda in 1975 are impossible to forget. 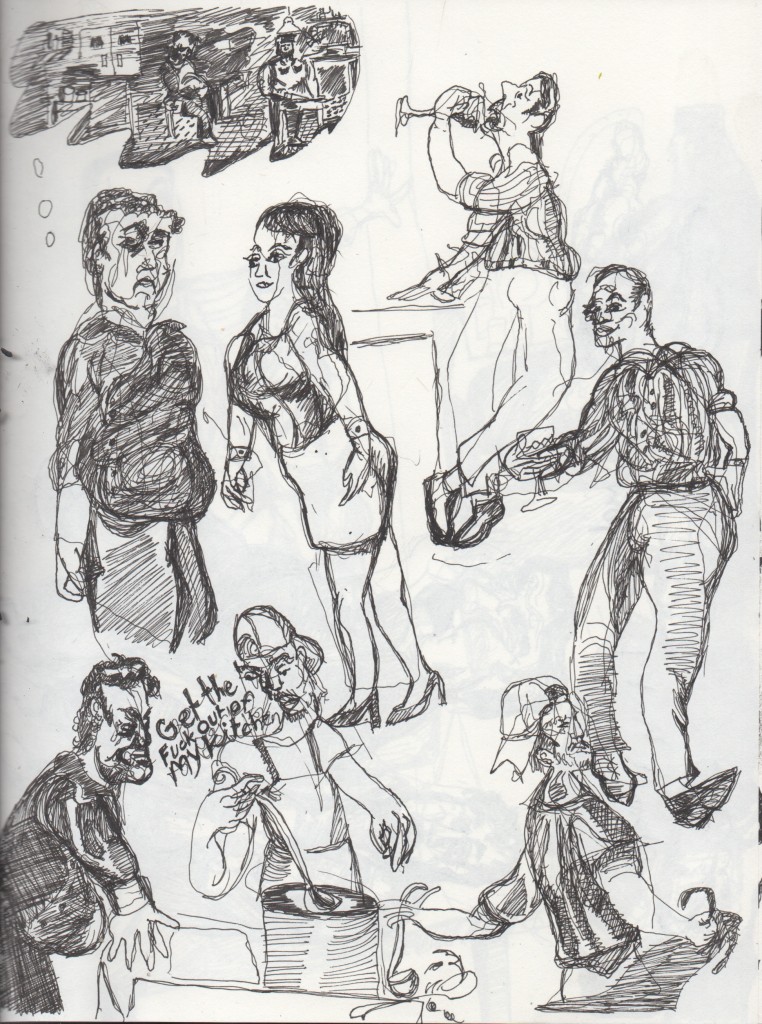 The reality of running a kitchen for Chef George, played by Scott Greer, is supposed to put things into perspective. The chef is driven mad, yet the unmanageable aspect of his life is supposed to be relief for us. Another person in the kitchen brings with him a more heinous reality. As I understand it, the Hutu power declared Rwanda their native land, and Tutsis were originally from Ethiopia. The Hutus used machetes to remove their enemy. A kitchen places competitiveness on this unmeasurable scale which corruption rules. The director, Seth Rozin, moves Kim, the federal agent, in and out of the kitchen quickly only to lead Michael, the restaurant manager, and we watch him follow her every move. The corruption weighs heavily on George’s conscience and the affect of immorality on Steve is inconceivable.