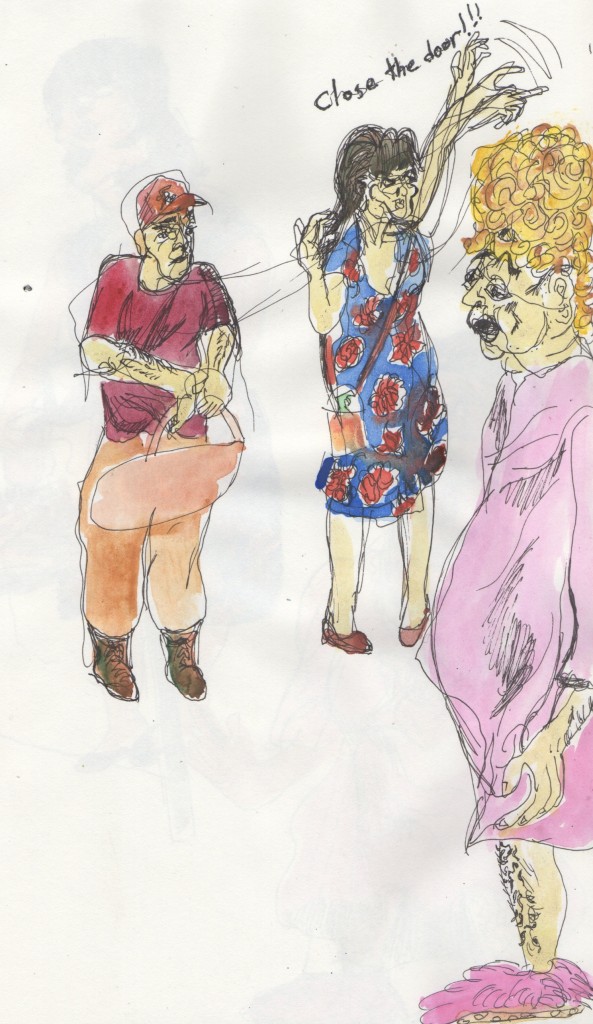 When Isaac comes home from the war. Paige is yelling at Arnold to close the door. I like to think of John Morrison’s Arnold as an Elmer Fudd. The characters in the play are all very comical and they are extreme images of what they represent. Isaac (Kevin Meehan) and Paige (Marcia Saunders) antagonize one another. Taylor Mac creates a confusion over who is in control. They are like Daffy Duck and Bugs Bunny in the Looney Toons going at it again. This play is interesting how it meshes the reality of stereotypical gender roles with popular television characters. It is diabolical nonsense that is suppose to entertain us on screen, but I think what Judy is saying is that we shouldn’t imitate these two dimensional ideas. 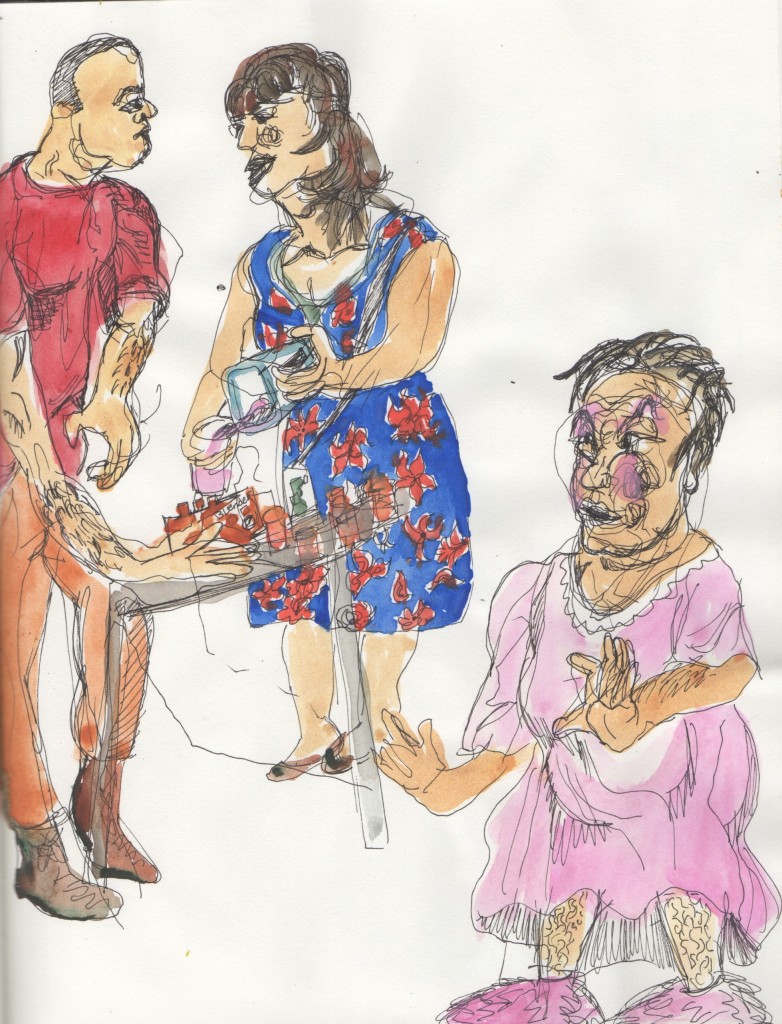 Isaac is back home and Paige is not going to let him ruin her new image of herself, Max (EPPCHEZ), and Arnold (John Morrison). They found normal was a cruel husband and a clean house, so they changed the meaning of “normal.” After Arnold had a stroke Paige and Max rearranged the way they thought of the world and themselves. 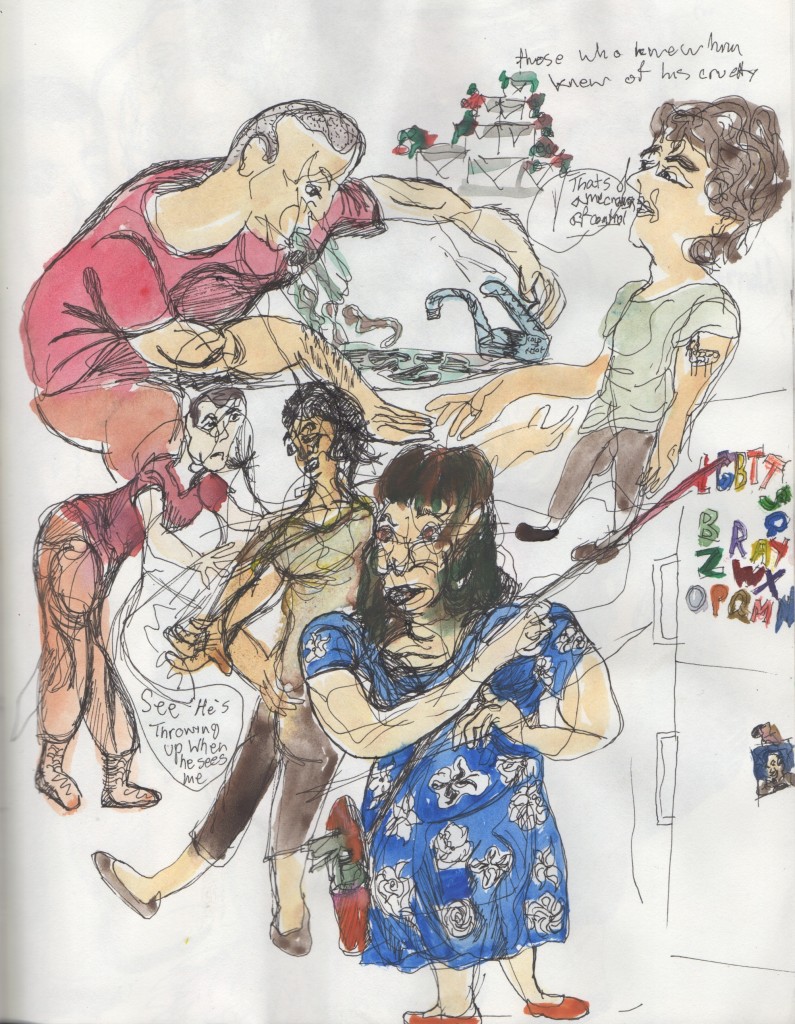 Isaac throws up all the time and the blender acts as a symbol for the way gender as a biology works in reality. Judy blends familiar roles of power, beauty, and equality in ways that give people the power to choose their own identity. In the place transforms the lawless nature into a more restrictive humanity. The mortuary sense that is responsible for Isaac’s sickness is also recognized as undoing of the biological understanding of gender. The blender is in a way mixing everything we once knew about the liberation of women, and empowering men and women alike is the beauty in HIR. Paige is giving a lesson on the way things really work around HIR. 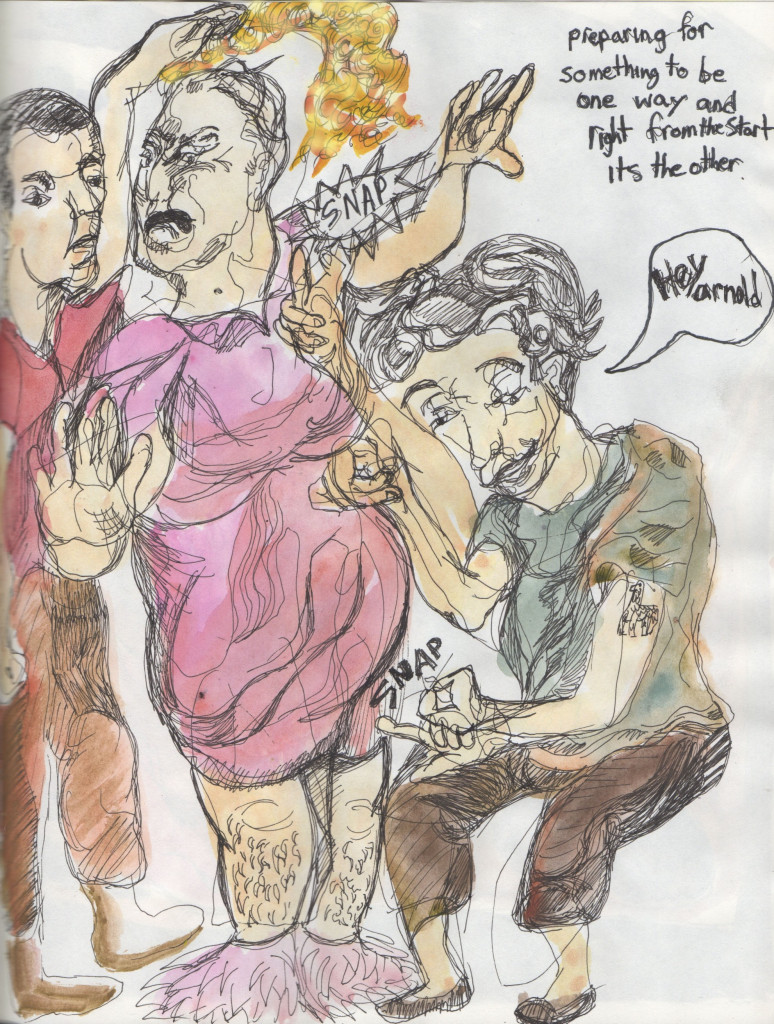 Max is Isaac’s little sister in the play and the personal freedom is made out to seem anarchist. Max’s snaps his fingers at Arnold, and Arnold’s immobility or sickness is degraded by the presumption that he was worse before this. Taylor Mac’s HIR is characterizing a slow evolving malaise in human anatomy. Isaac cleans up the house, and intends to restore the appearance of a “normal” family. This family is like a molecular formula, the atoms: Paige, Isaac, Max, and Arnold. The ecological restriction of gender weaves its way into HIR in a colorful depiction of our simplest particles. I think that it is genetics that formulates the way our personalities react, and Judy envisions how atoms might participate in these festivities. 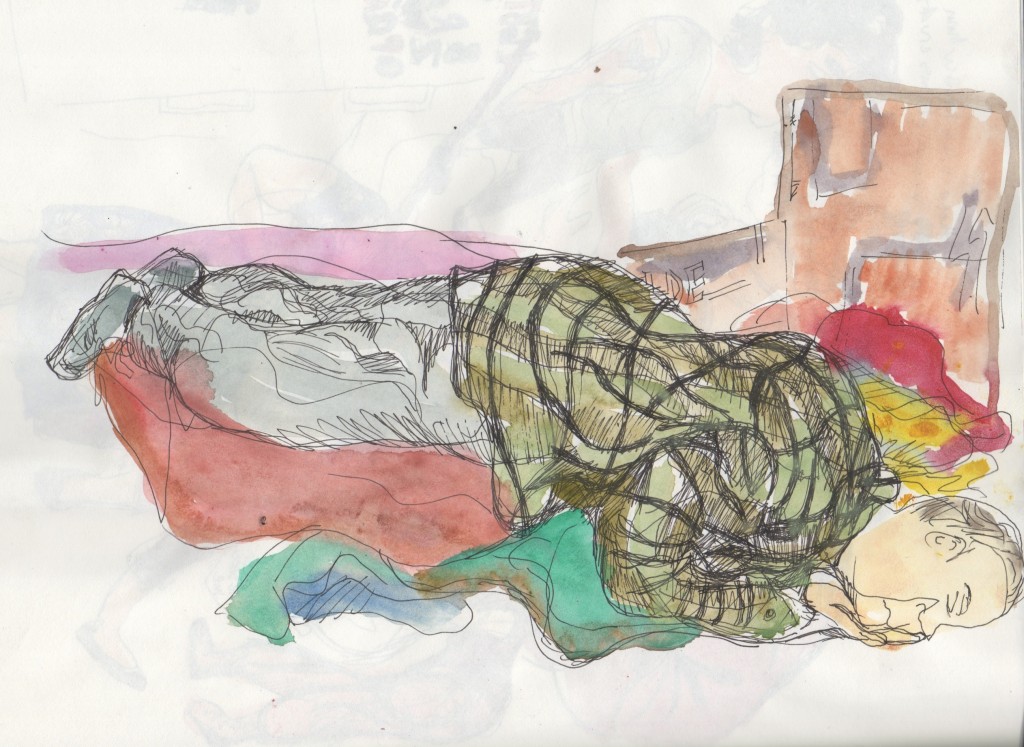 Arnold sleeps in a box on a pile of clothes. Isaac reminds him of his old manners. Isaac teaches him how to act crude and treat others poorly. Paige insists if anyone knew who he used to be then, no one would care for him now. He looks like a bum on the side of the street, and what is absent are the pedestrians that would go by casually passing him without any consideration for his troubles. 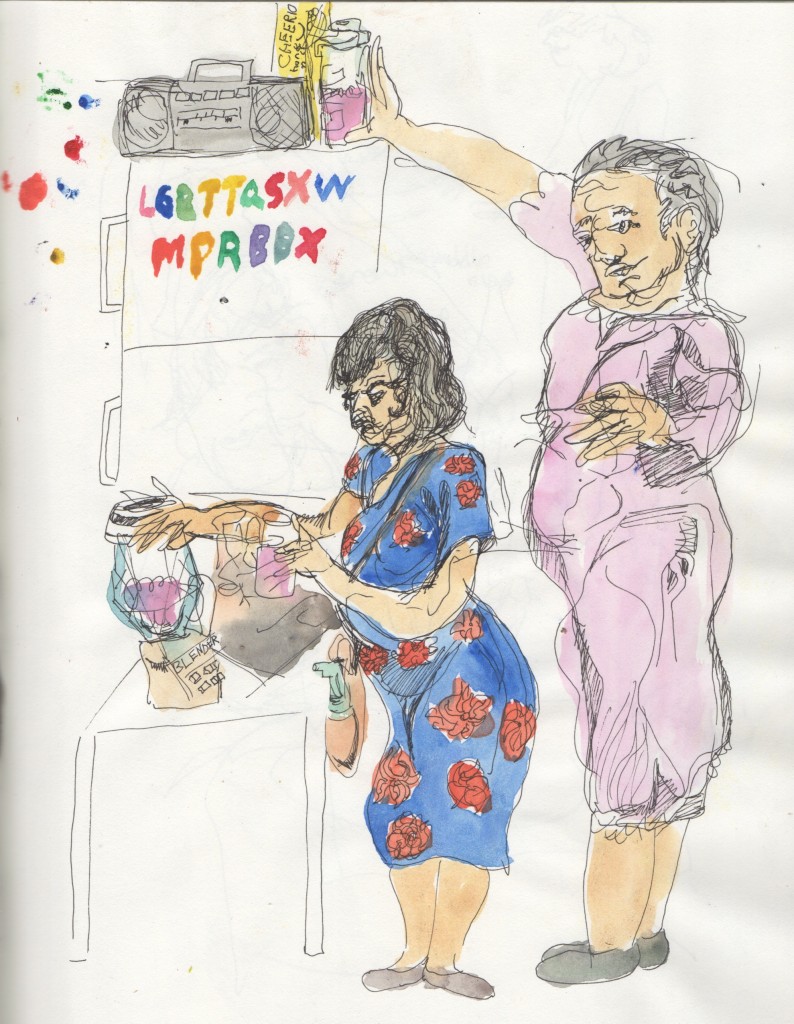 Arnold doesn’t like it, but Paige is in control and very strict to keep things the way they are now with out an abusive husband. The shakes are mixed with hormones to mediate Arnold’s testosterone. This time while Isaac and Paige are arguing he hides it on top of the refrigerator. Notice the colorful alphabet magnets on the face of the fridge. These letter spell out a new biological understanding for sex and gender.

The puppet show is Max and Arnold behind a sheet playing reproductive organs in a story narrated by Paige. The ghostly light on the stage is a beckoning to human cave dwellings. The puppet show is performed in spite of Isaac’s idea of a normal household. Paige has the right ideas, but the expression on HIR is sinister in this scene. The natural world and the inclusion of humans with different genders and sex is a complicated theory that proceeds the cavemen and creates ecological problems for the future. I believe Taylor Mac is making HIR to make us more socially aware, and to consider that we are better off without arrogance.