Kun-Yang Lin and Dancers performed SANCTUARY at the Prince Theater April 27-29, 2017 (read the Phindie review). The two pieces they performed communicated a larger picture. The first piece, One-Immortal Game, is reminiscent of the Chi dance techniques which can be graceful and fierce. The lighting is marked by crisp shadows, and the dancers’ turns throw light onto a checker board. The second piece, Santuario, comes in many forms, such as acting and just being, as Kun-Yang Lin refers to it, rather than performing. Voices in the music and the dancers’ voices added a theatricality. Unity takes shape with groups of dancers and with one dancer alone. 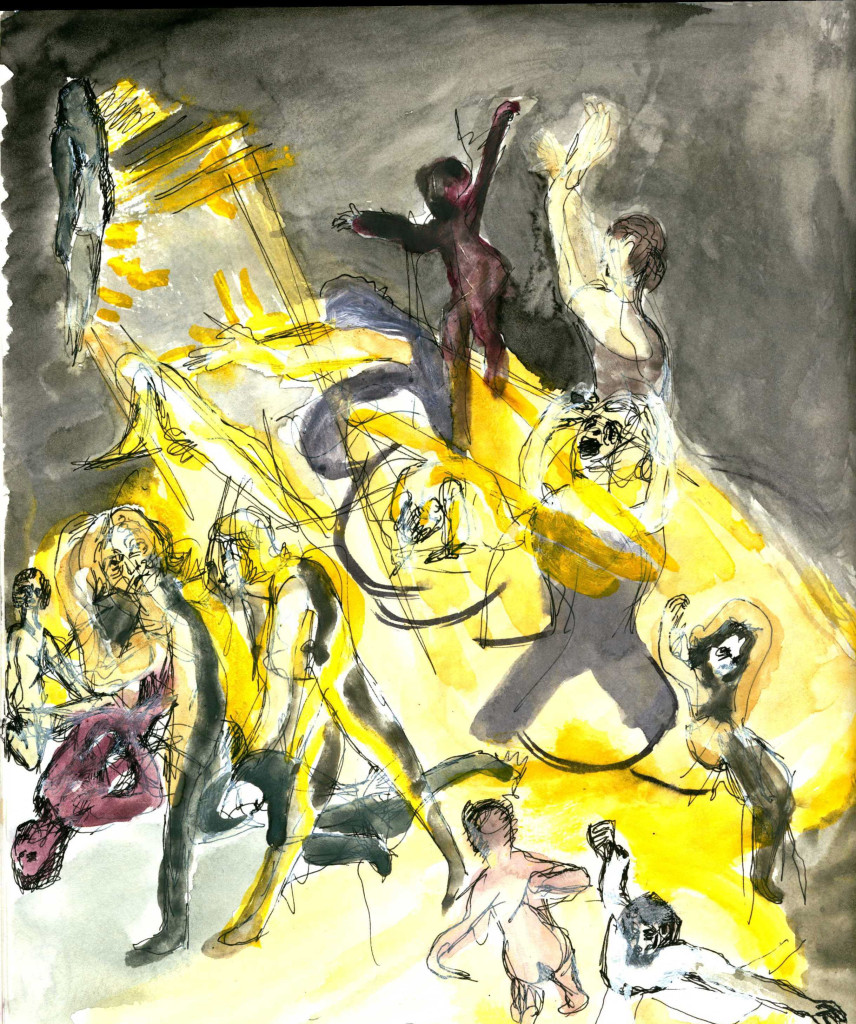 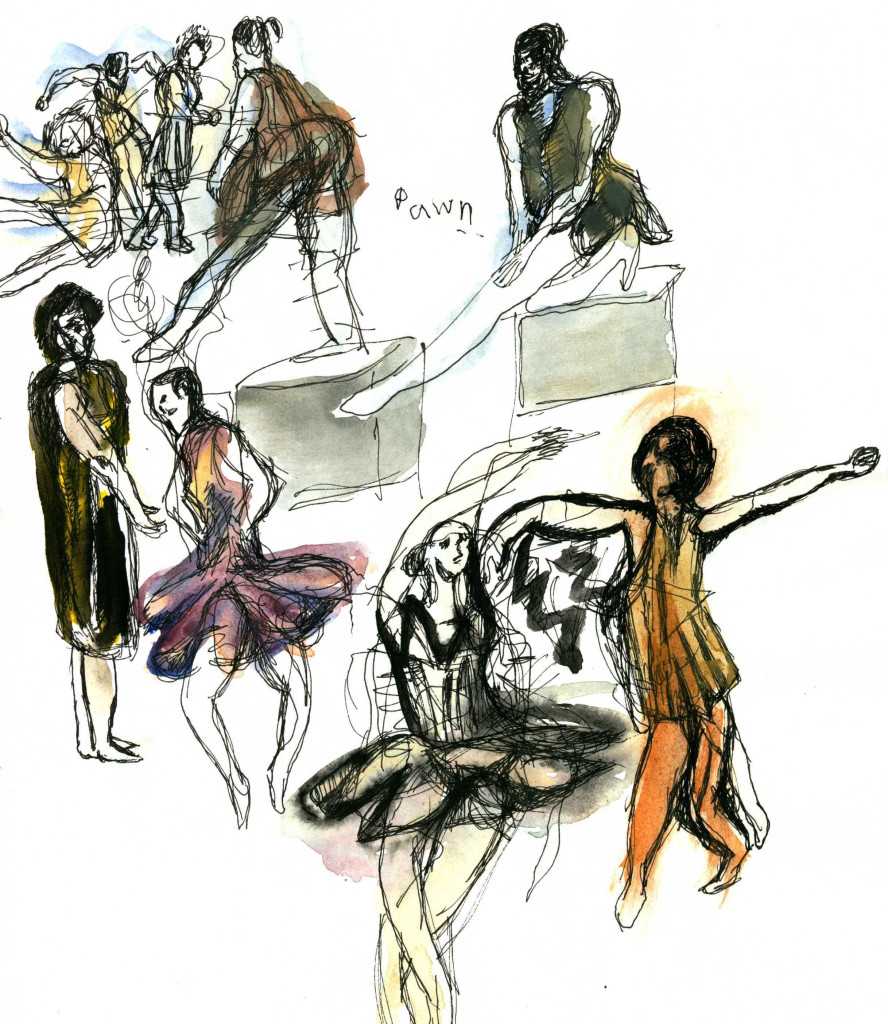 There are three cube shaped blocks used as pedestals. Two dancers come out facing each other seated on the cube blocks. It is a metaphorical chess match. Later these blocks are moved around the stage or taken away. These alternating objects unfolds a complexity within the game. The dancers move like the chess pieces and the stage has become the chess board. The dancers are chess pieces, and the chess board becomes crowded with pieces. 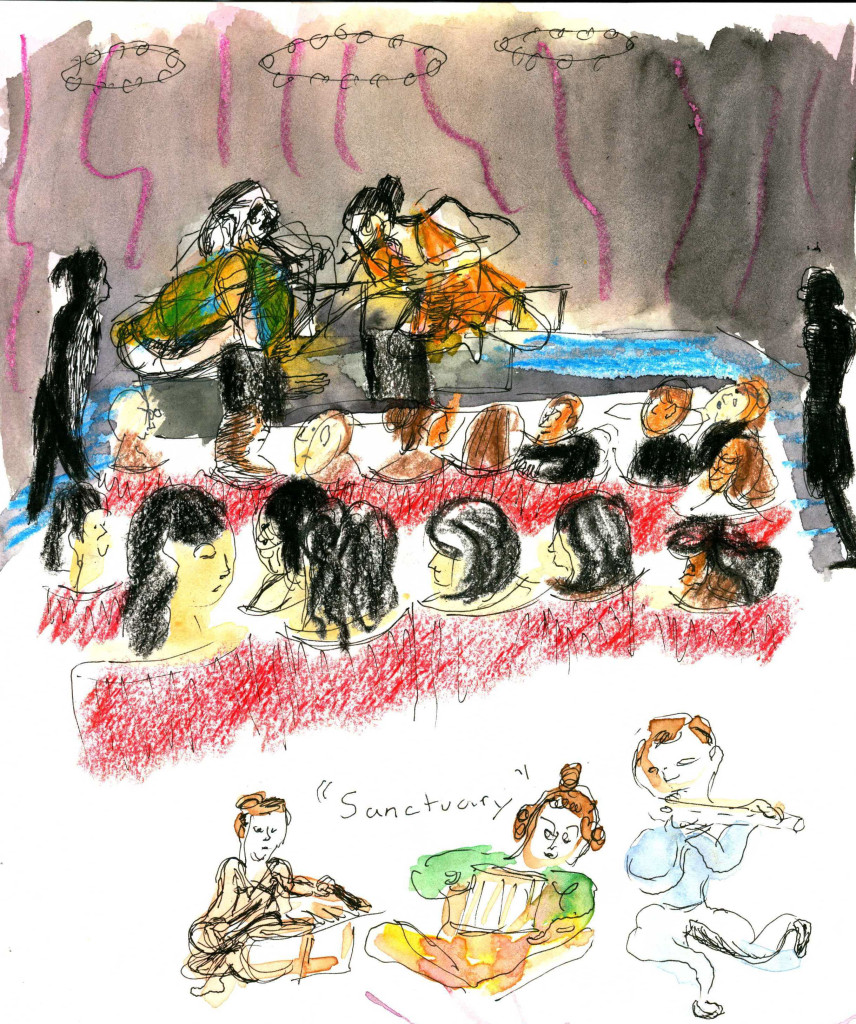 In One-Immortal Game the checkered stage is scattered with different moments of the game. In a game of chess the chess pieces are moved and this changes the outcome of the game. In the dance, the pieces and players become one. The players and the pieces set the stage and are interchangeable. 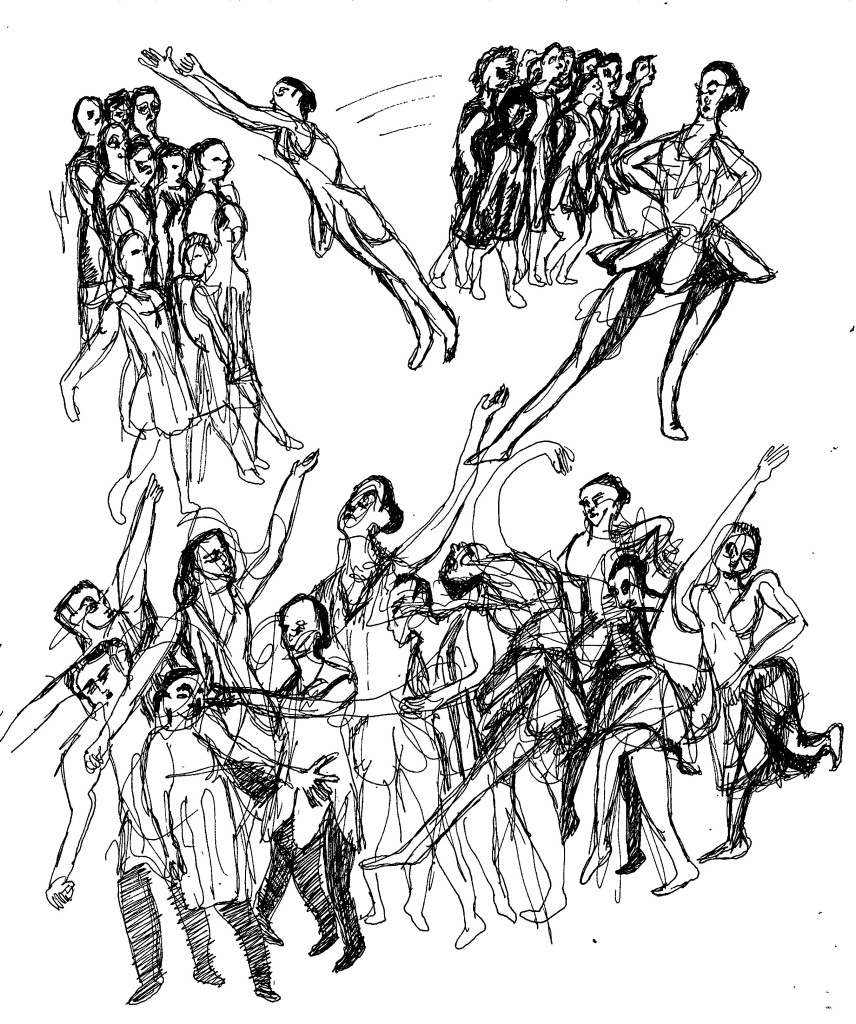 The strategy of the player is an attack or a hesitation, and weighted decisions become more fluid. The chess board becomes filled with a mass that builds tension. It changed from one-on-one competitiveness to a movement of dancers which rotated and reassembled in unison. They shouted, “Go!” and the next turn was made. It was no longer a game but a state of democracy. 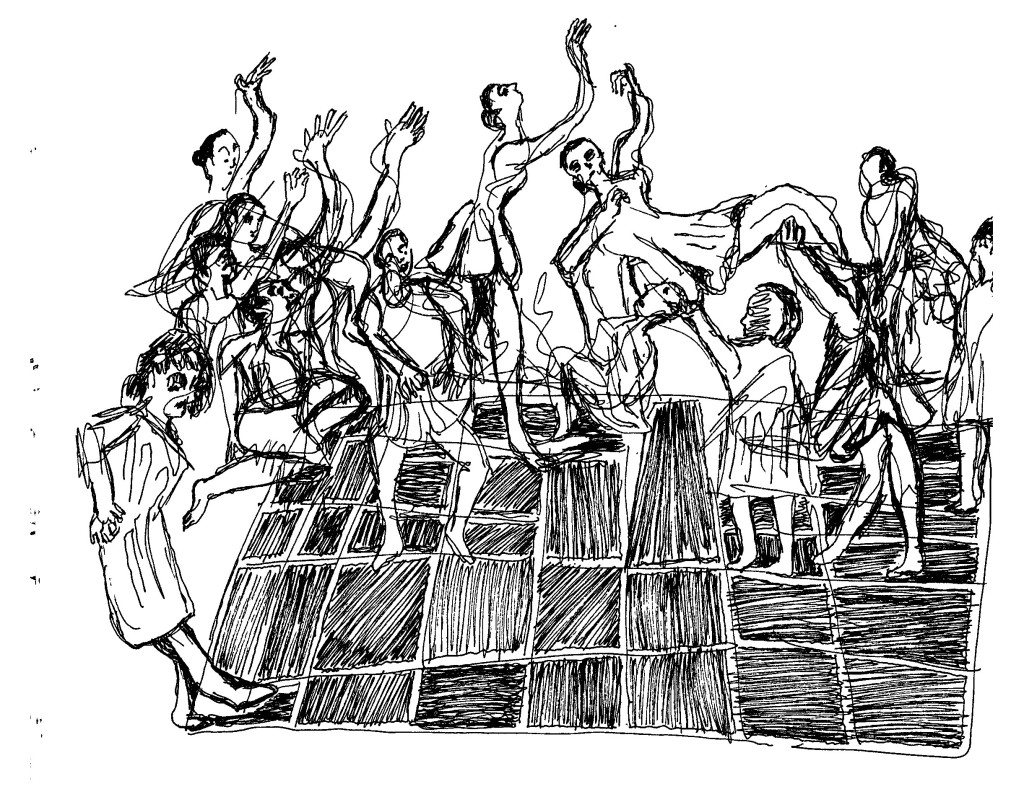 After an intermission, Santuario unexpectedly and artistically brings a club vibe. In this piece Kun-Yang Lin is speaking directly to the Orlando shooting that happened last June. At the beginning of the night, Ken Metzner spoke a few words about the impact that this kind of terror brings forward. A sanctuary is a space where it is safe to be free from any judgement. Pulse Night Club in Orlando was that space. The rights for security are important for privacy and expression without discrimination. There was also a relief given to the majority of Latino dancers that were ripped out of their sanctuary. Kun-Yang Lin and Dancers are using art to raise the issue of equality. Sanctuary is a dance about dancers attacked for being themselves. 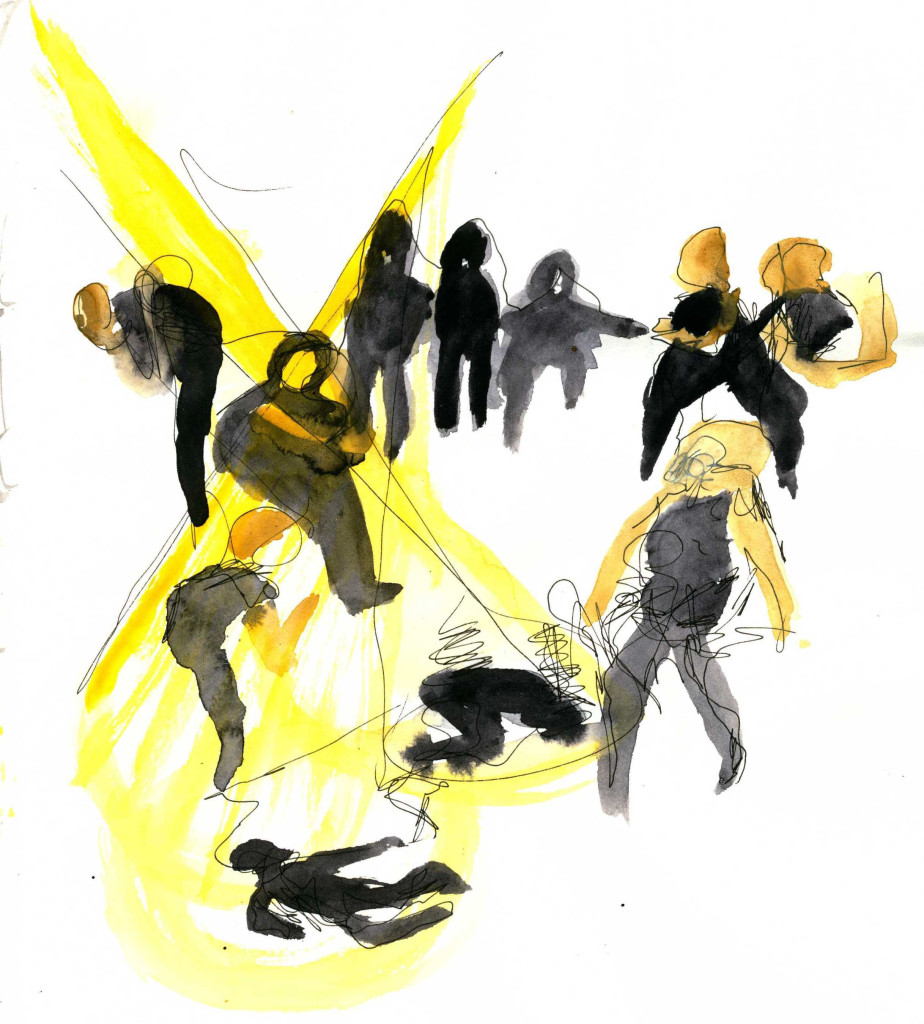 The emotional battle to for the strength to re-experience the trauma took perseverance. Jessica Warchal-King described the principles that Kun-Yang Lin promotes in his dance theory, and this includes a sense of being for the audience. For example, Frank Leone reenacted as the gunman and the shrilling screams from Warchal-King darkened the mood. The deranged shooter’s laugh or the panic in the victims screams could be described as nightmarish. This play that unfolds within the dance is especially jarring when the lights turn on over the audience. Some of the dancers climb down off the stage. Breaking the fourth wall and staring out at us in a trance forces us to look at this recent history. The combined imagery from One-Immortal Game and Santuario is patchwork visualizing our next move.