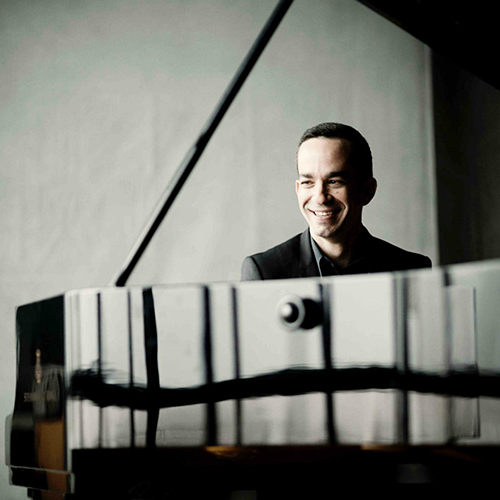 Cancellations are frequent occurrences in the classical music world. Such is the nature of the beast in an industry where events are regularly scheduled 3-5 years in advance. Voices change. Illnesses and injuries persist. Sometimes, tragically, a performer dies. Each contract signed is really a leap of faith—a hope that the artist will be able to perform somewhere in five years’ time, with no real guarantee it will come to pass.

And, of course, cancellations can feel like a letdown. You’ve spent your hard-earned dollars to see a certain artist. You blocked out the time for the performance. You paid for parking, or a taxi, or maybe even rail or air travel to a city in which you don’t live. Dinner and drinks may be involved. As you settle into your seat, you realize that the performer you’d hoped to hear won’t be playing that night. I get it. I’ve been burned by Jonas Kaufmann so many times I’ve started regarding him like an old lover who ghosted me.

Still, an unexpected change in program—or artist—can bring about unexpected pleasures. When it was announced that Patricia Racette, whose musical intelligence and dramatic commitment I’ve long admired, would be taking over the title role in Strauss’ Salome at the Metropolitan Opera on short notice last December, I knew I had to go. (I did, and it was well worth the trip to New York—Racette made a meal of that famously difficult part). And any momentary disappointment I felt when Argentinian pianist Ingrid Fliter cancelled her debut recital with Philadelphia Chamber Music Society dissipated as soon as Inon Barnatan took the stage of the Perelman Theater on Wednesday night.

Barnatan’s program explored variations within music, a concept best displayed by his opening and closing selections. The program began with Handel’s Chaconne in G Major, HWV 435. Although rarely seen today, the chaconne enjoyed immense popularity in the 17th and 18th centuries. The form is unique for introducing its variation over the descending bass line. Barnatan methodically introduced the piece’s eight-bar theme, then fleetly deployed the piece’s twenty-one subsequent variations, which come rapid-fire in a piece than barely lasts ten minutes. Despite this natural fleetness, some purists might quibble with Barnatan’s fast and loose employment of rubato; to me, his choices reinforced the nature of the composition, which is always hurtling forward. 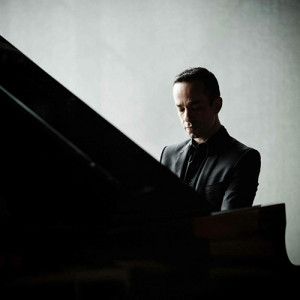 The program closed with Brahms’ epic Variations and Fugue on a Theme by Handel in B-Flat Major, Op. 24. Similar in scope and obsessive quality to Bach’s Goldberg or Beethoven’s Diabelli Variations, this masterpiece introduces twenty-five variations—most lasting a minute or less—that play with a host of compositional styles. Barnatan often seemed to be caressing the keys when playing the piece’s minor-key movements—especially the haunting trills displayed in Variation 5. In more propulsive movements, such as the siciliana that comprises Variation 19, he appeared absolutely uninhibited. By the closing fugue, Barnatan was absolutely possessed. This was a man living with the music.

In between, Barnatan introduced me to a piece with which I was not familiar: Hungarian composer Gyorgy Ligeti’s Musica Ricercata, from 1953. I won’t soon forget it. The eleven-movement piece often felt like a precis of the compositional styles that influenced classical music at the time of its premiere, with a fair amount of foresight for what was to come. The first movement introduced two pitches, with a new pitch introduced in each subsequent movement; the final movement encompassed all twelve tones, which was reminiscent of Schonberg and Berg. The program notes further explain Ligeti’s devotion to his countryman Bela Bartok, evident in the frequent clashes between romanticism and atonality throughout the work. Although this was my first experience with the work, I immediately noted its potential influence on a wide and eclectic range of mid-century piano composers, from neo-romantics like Samuel Barber to the more avant-garde John Cage and Philip Glass. Barnatan took a freewheeling, almost tongue-in-cheek approach to the piece’s many contrapuntal lines, yet he managed to always make the entire composition feel like a seamless garment—more so than the two other pianists whose YouTube performances on the piece I listened to as soon as I got home.

The program also included Schubert’s Piano Sonata in C Minor, D. 958—the first of the composer’s final three sonatas, written just months before his premature death. Barnatan’s playing was virtuosic, but I couldn’t help but feel he wasn’t saying anything new about this oft-performed piece. I would have preferred a more obscure selection that could serve as a suitable companion to the Ligeti. But the Schubert was a predictable audience favorite, with a smattering of patrons rising to cheer as Barnatan left the stage for the intermission.

Barnatan’s expressivity extended beyond his hands. He is a performer who plays with his entire body, and especially with his face. Throughout the recital, he seemed to be in actual conversation with his piano—guiding it, goading it, sometimes comforting it. During a particularly difficult movement in the Ligeti, he tilted his eyes and opened his mouth slightly, as if to say “don’t worry—we’ll get through this.” And when he returned to the stage to give us some Bach as an encore, he glowed with serenity, as if in disbelief that such beautiful music could even exist. This kind of showmanship may rankle audience members who believe (incorrectly) that an overtly personal affect does a disservice to the music. To me, it reinforced how deeply connected this artist was to his program, and to his craft.

Inon Barnatan was not who many of the concert’s attendees were expecting, and regrettably, there were many seats left empty in the wake of Fliter’s cancellation. (The program had been listed as sold out when Fliter was the expected soloist). Their loss. Those who stayed were treated to an exquisite and inventive evening of music, and also given something to look forward to: Barnatan will return to PCMS in October, performing with cellist Alisa Weilerstein.

One Reply to “Inon Barnatan in recital (Philadelphia Chamber Music Society): Variation as the theme”