The latest offering from Inis Nua Theatre Company is SWALLOW by Scottish playwright Stef Smith, a heartwrenching play about human connections. We checked in with Stef Smith to find out how she approaches her work. [Proscenium Theater at The Drake, 302 South Hicks Street] April 26-May 14, 2017; inisnuatheatre.org. 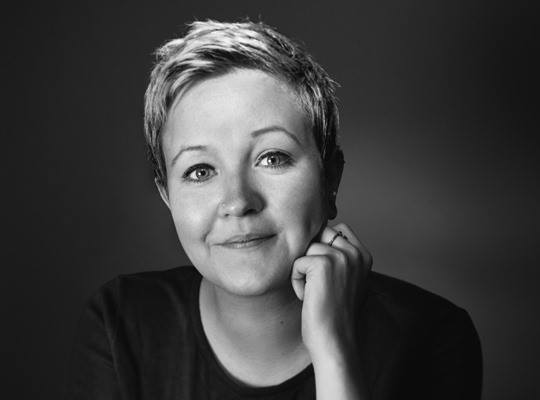 How did SWALLOW come about?

Stef Smith: I have had some frustration that rarely were contemporary women with contemporary lives given centre stage. This piece started with creating three different images of people at the point of no return and from there the narrative was written very quickly and instinctively. What followed was two years of refining and development from those early broad brushstrokes into something hopefully more nuanced about the experience of modern life.

What do you like to focus on in your plays?

Stef Smith: I think my plays always focus on different themes and concerns. They nearly always start with a question (that is often unanswerable) and respond to urgent or contemporary problems. I am also interested in the overlap of form, content and characters and all three of these things feed into each other and define play. In some ways my work is political, but it’s always about human connection and the contemporary world.

You recently had a play at the Royal Court. Has that experience opened up any new opportunities?

Stef Smith: I think having work on at the Royal Court allows you to build a profile in London and internationally. I think it has potentially introduced to me to companies that might not have otherwise heard of me. It’s hard to make a definitive connection to plays and what comes after them but I definitely think I have had new opportunities that stem from that play.

Have you had any other plays produced in the States?

Stef Smith: My play for young people, Remote, was part of the National Theatre Connections Festival and has been performed in high schools and youth theaters across America. My first play RoadKill also toured to Chicago (Chicago Shakes) and New York (St Anne’s Warehouse) in 2012.

SWALLOW runs at the Proscenium Theater at The Drake (302 South Hicks Street) April 26-May 14, 2017; inisnuatheatre.org.