First, the elephant in the room: Together We Act is a non-profit theater company for people who stutter. Now, it doesn’t take a cynical theater critic to draw the conclusion that speech impediments and stage acting do not a salad make, to put it gingerly. But those afflicted by lifelong speech problems are not immune to the desire to perform. We don’t choose the bug, it chooses us. The refreshing thing about the cast of TOUGH COOKIES is that they are as genuinely talented as they are self-aware. 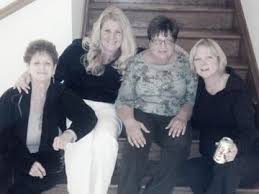 The play itself is light fare, a silly, Christopher Durang-y one-act written by Edward Crosby Wells. Sue Camlin is hilarious as Mammaw, the paranoid, domineering mother of Jo (Katherine Filer), who is humiliated when Mammaw starts running her mouth in front of Jo’s friend Billie (Lucy Reed). That the script is rather slight–the reversals are compelling, but the conclusion is rushed–is of less concern than the fact that the jokes always land and the actors never skip a beat. With such a short run, TOUGH COOKIES is a Monday night must-see. But don’t show up expecting actors who stutter; come expecting actors who act. [Playground @ the Adrienne] September 8-9. fringearts.ticketleap.com/tough-cookies