EgoPo’s new production ANNA is a loose adaptation by Brenna Geffer and her ensemble based on the novel, Anna Karenina by Leo Tolstoy. 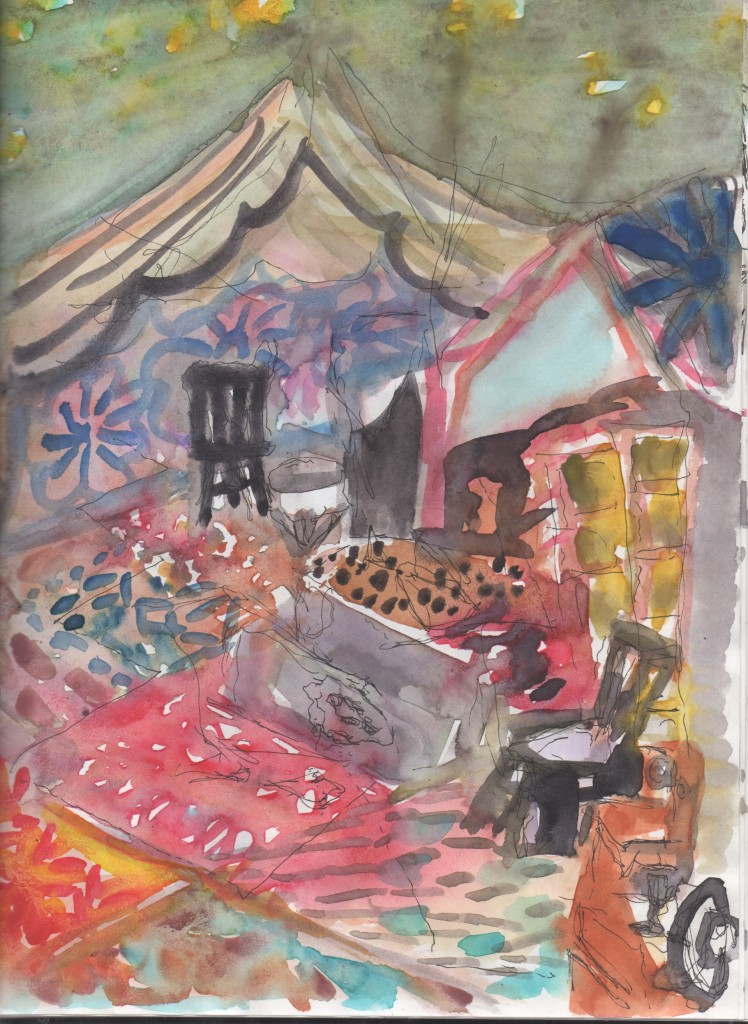 The set designer by Aaron Cromie transports us to aristocratic Imperial Russian: fine cloths, pictures, antiques, instruments, and Turkish rugs. Major changes were happening at the time when Tolstoy wrote Anna Karenina: the abolition of serfdom, new conversations about women’s rights, reforms within the judicial system and local governments, and the waning power of the old aristocracy. Cromie’s set design (above) evokes this shifting landscape.

Vronsky (Andrew Carroll) moves about the stage in pursuit of Anna (Colleen Corcoran), and the whole cast follows him, at times representing a change of place or a type of transportation, as when the cast mimics the locomotion of a train. Anna travels away from the unsettling world to exchange it for a more bohemian life .

Tolstoy’s realist fiction was a comment on the class structure and politics of the time. in developing the play, Geffers was interested in the concept of time. The condensing of such a significant piece of writing into a play and narrating the story through figures through history is a double entente on the passing of time, and the specific use of performance time. In Anna Karenina, Tolstoy seems to paint a picture of the time period using many characters. The time issue in the play, ANNA, is a manifestation of a realist novel by Leo Tolstoy, but departs from the unstable relationships by directing our attention to this, “shifting landscape” 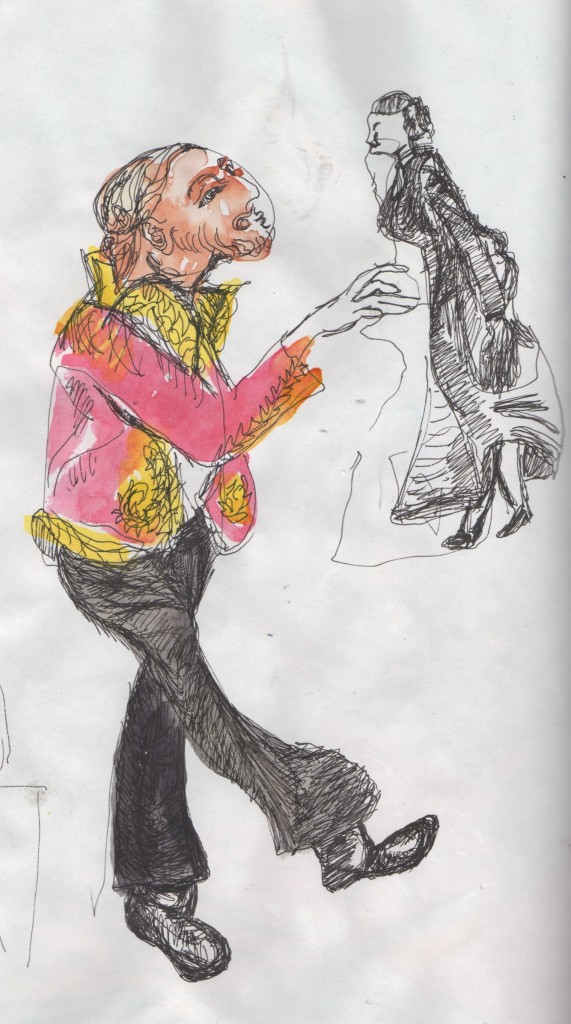 The sexual appeal of Tolstoy’s Anna Karenina is diverted to the role of power that Maria Konstantinidis has over Arlen Hancock. The ensemble interprets the characters in the novel and the actors insert narration from a historical point of view. The costumes by Natalia de la Torre depict an African American revolutionary (Carlo Campbell), Vietnam protester (Lee Minora), beatnik poet (Carlo Campbell).

Shamus Hunter McCarty presents as a controversial Truman Copote, and Andrew Carroll could be compared to the sex icon, Prince. Brenna Geffer’s ANNA is a patch work of Tolstoy’s imagery with an ensemble of actors who appropriately personify infidelity on a timeline through history.