This weekend, I saw two very different styles of classic thater: Jean Giradoux’s THE ENCHANTED from Idiopathic Ridiculopathy Consortium (read review here) and Henrik Ibsen’s A DOLL’S HOUSE from the Players Club of Swarthmore. I thought it would be interesting to compare the absurdist comedy of Giraudoux with the serious drama of Ibsen. 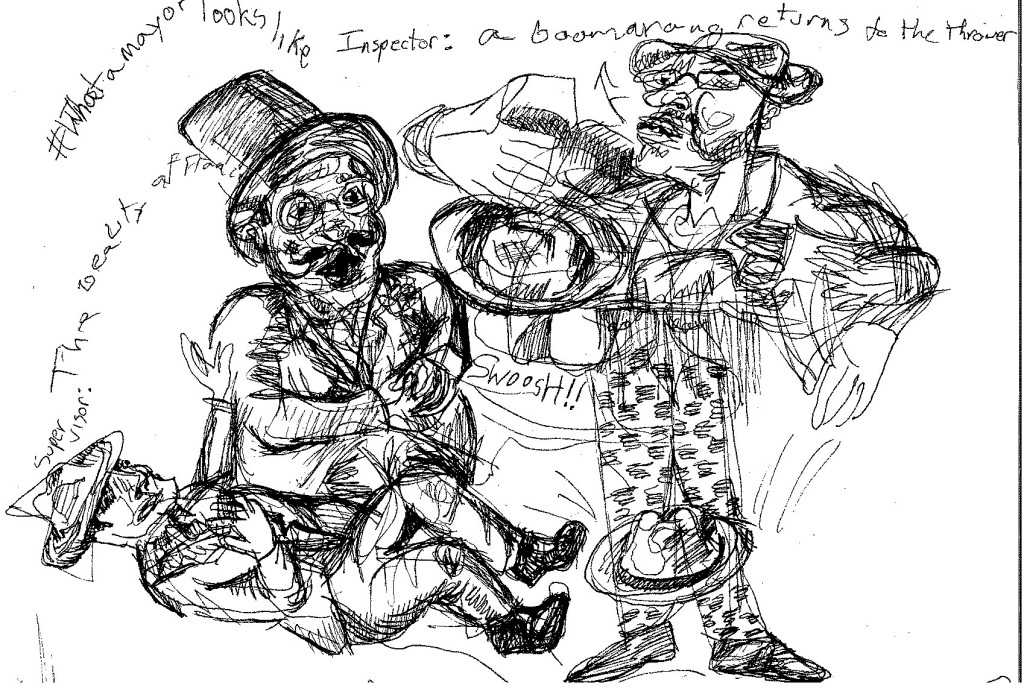 IRC’s adaptation of Giraudoux’s Intermezzo (1930), at Walnut Street Theater Studio 5, uses Maurice Valency’s English translation from 1950. Jean Giraudoux’s military career gave him insight into the department of foreign affairs, and he provides a look at the career of a diplomat. But he does so in the context of a ghost hunt and a love story, in which death is inseparable from life but humor is unmistakably true to Giraudoux’s reality. The theater has become a place for imagination and the absurd realities of the world to come together. It’s a great piece for our absurd time in history. 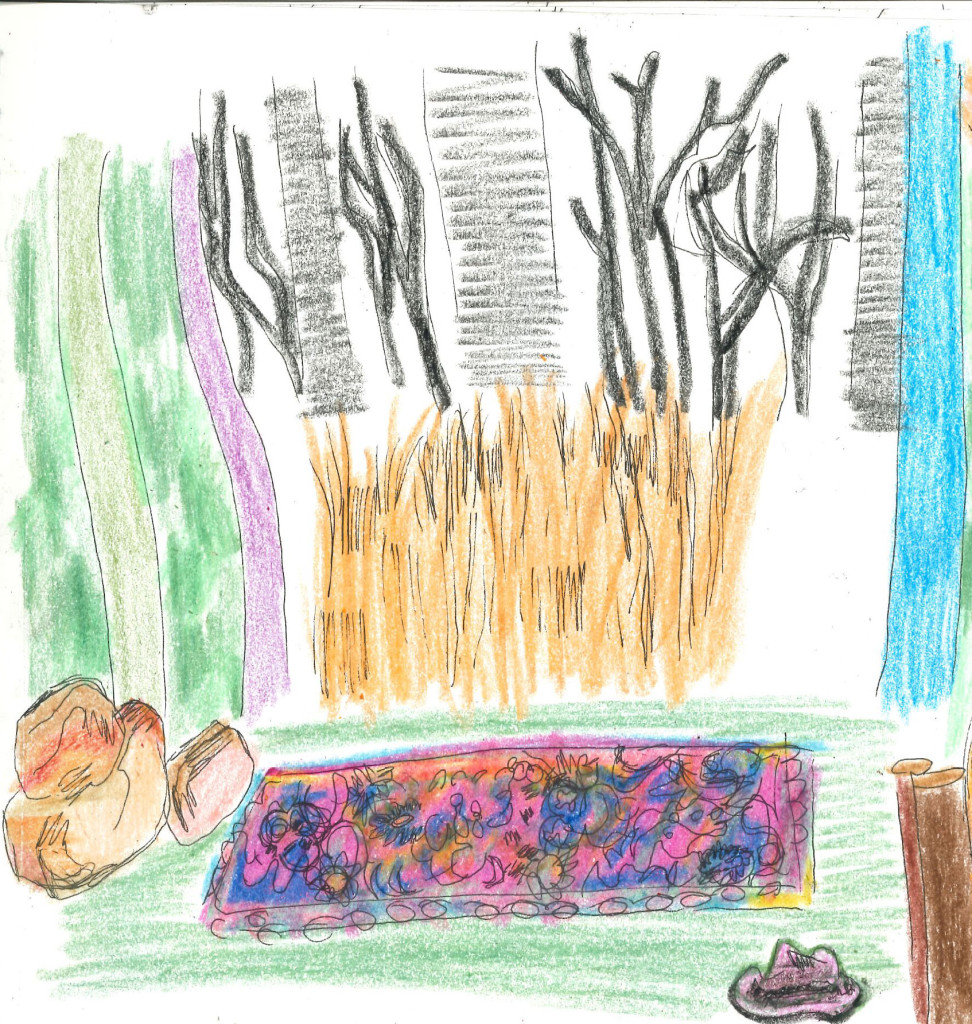 The set is layered with green turf, a red Persian rug, and orange straw. Melissa Amilani’s frantic Mayor with a top hat and painted on mustache is a sorry little man. The transition of scenes happens quickly and can be a little confusing to follow: the Doctor (Jane Moore), the Mayor, and The Inspector (David Stanger) exit stage right, and a teacher Isabel (Anna Lou Hearn) enters stage left. A class of grade school students appear from over the straw as puppets. The puppetry is colorful and witty; the class sends Stanger’s Inspector into a frenzy. 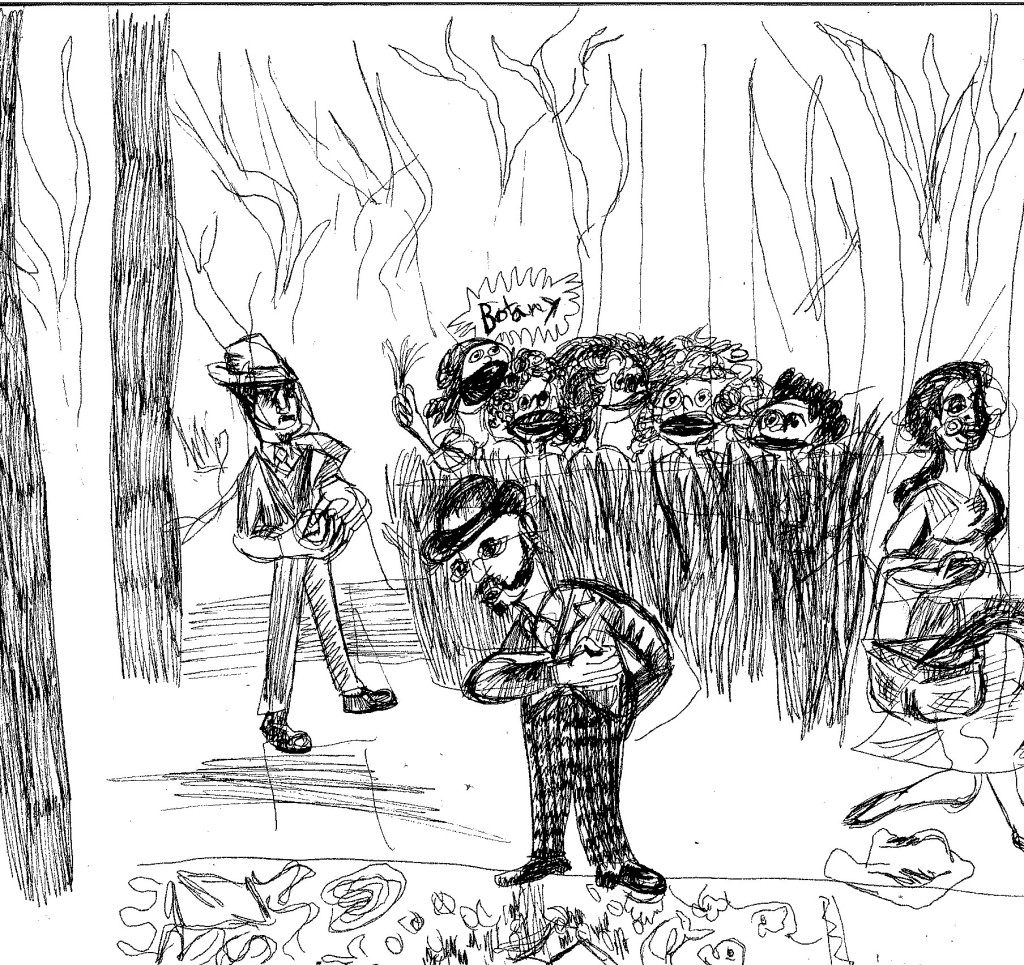 The play climaxes with a cacophony of meaninglessness: modern life’s pathway to death. The Supervisor’s unrelenting, “I love you, I love you…” runs simultaneous to the political platitudes of the Inspector, the gossip of townspeople, and the voices of children. 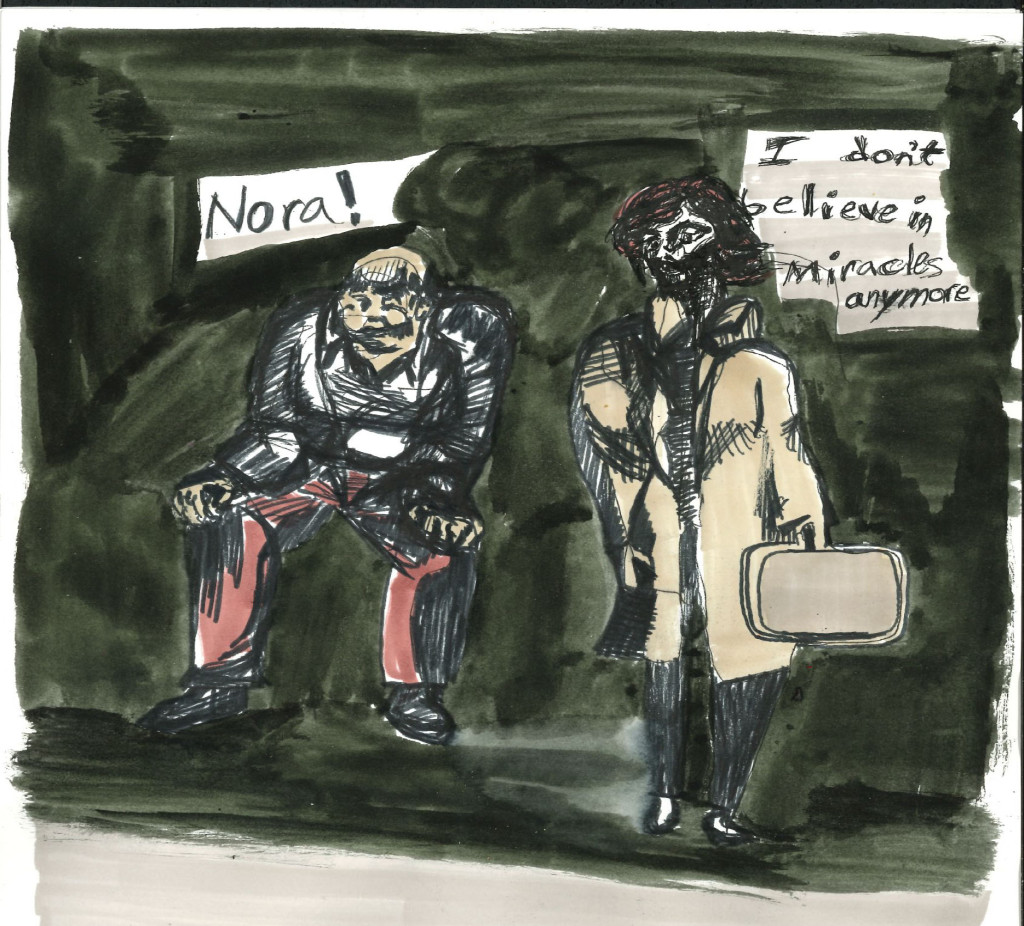 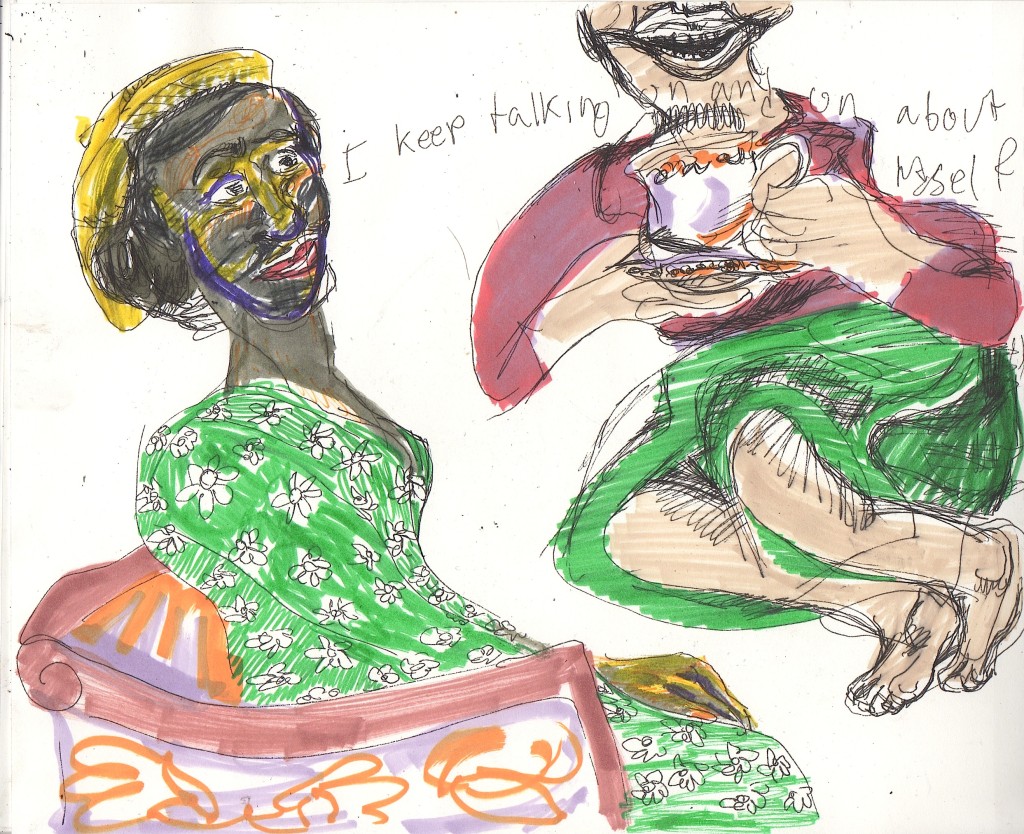 It is Christmas Eve; Nora wears a gypsy costume. She dances center stage without knowing the moves, awkwardly lifting her skirt and kicking her feet to the gypsy music. Life is teetering on the way things should be when Nora’s old friend Kristine Linde (Sara Osi Scott) comes back just as her life begins to spoil. 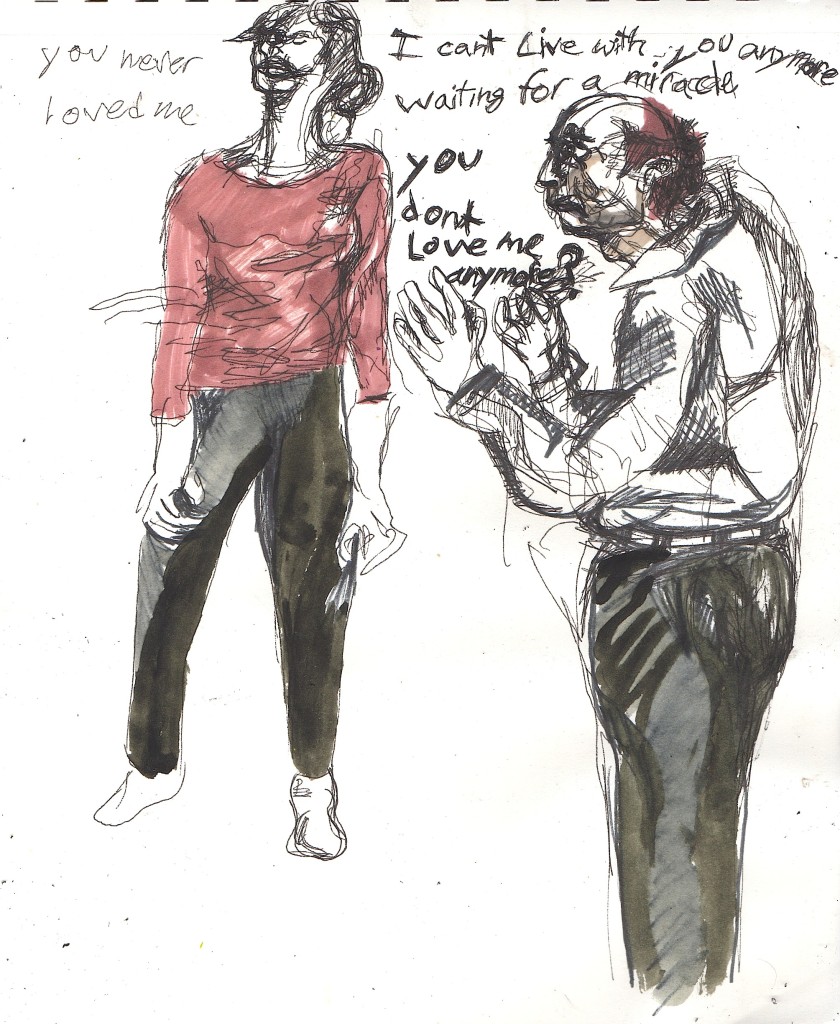 Ibsen paints a picture of an ordinary house hold on the border of a modern modern tragedy. This adaptation takes Ibsen’s tragic portrait of life, and put it in focus. It’s sexist constructs support the plays theme of a fake ritual which eventually collapses. I bet Henrik Ibsen found this very funny.