Joseph Stein’s ENTER LAUGHING is a well deserving token for the 106th year at the Players Club of Swathmore. (Read Phindie review here.) This meta-play within a play is clever and ridiculous. The display of working class New York City is colored by the antique phones (candle stick phone and a pay phone), dirtied yellow and green walls and bricks, and an overbearing mother with curlers in her hair. The mood was dark but the actors’ performances, directed by Paul Kerrigan, were a bright light and seriously funny. 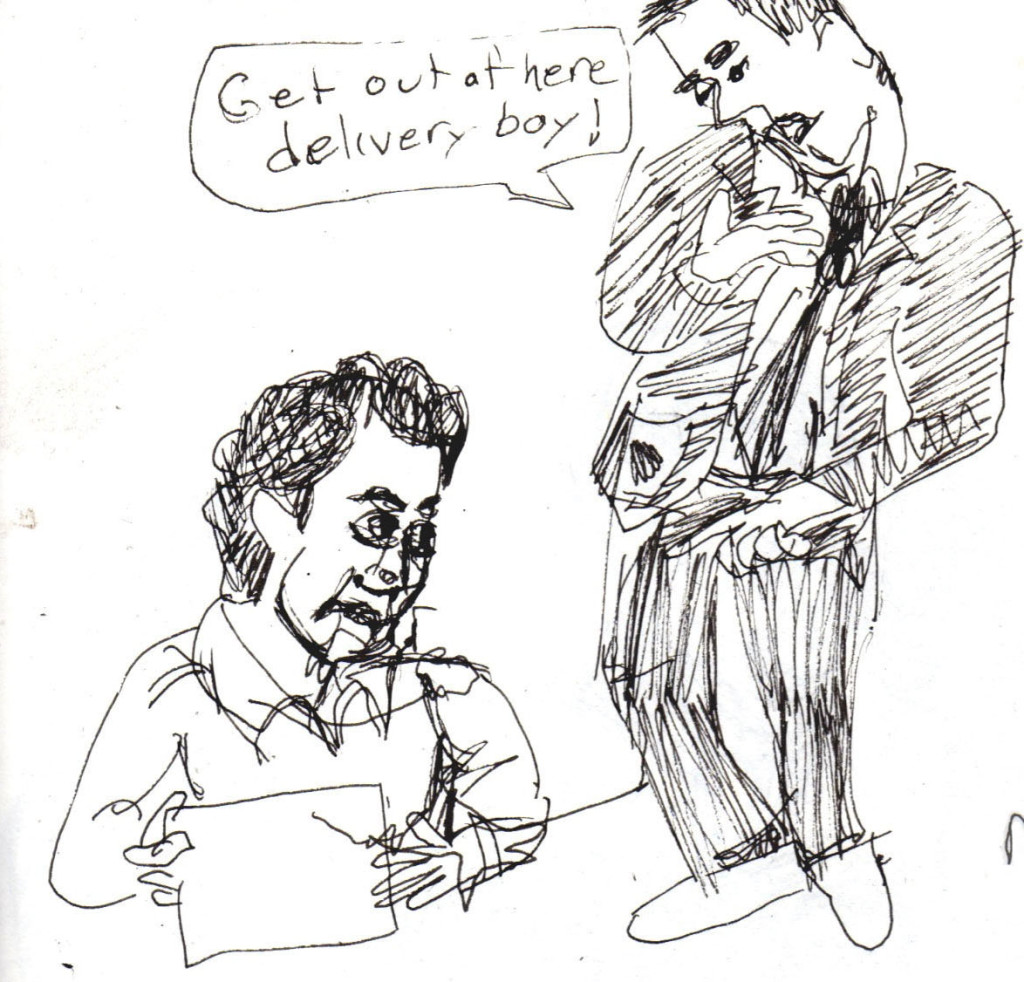 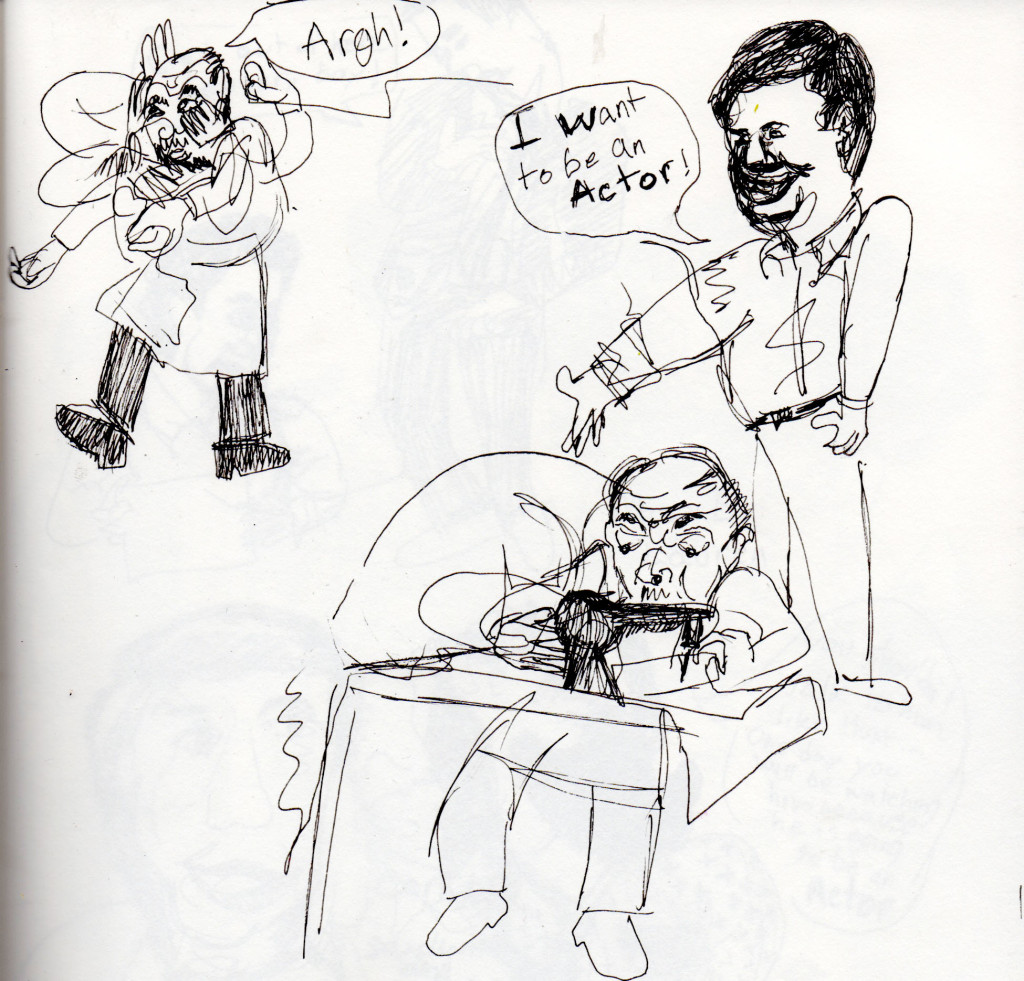 The worst part comes in the end when Angela, played by Elizabeth Hennessey, tells him, “you’re such a good actor; daddy said you can act for free!” There is a sense that the casting for ENTER LAUGHING revolved around this one character’s trope: a boy living in the Bronx and working for a small sewing shop owned by a Jewish immigrant, Mr. Foreman. This play is contained by a social order, and the driving force is the young boy’s unrealistic dreams. 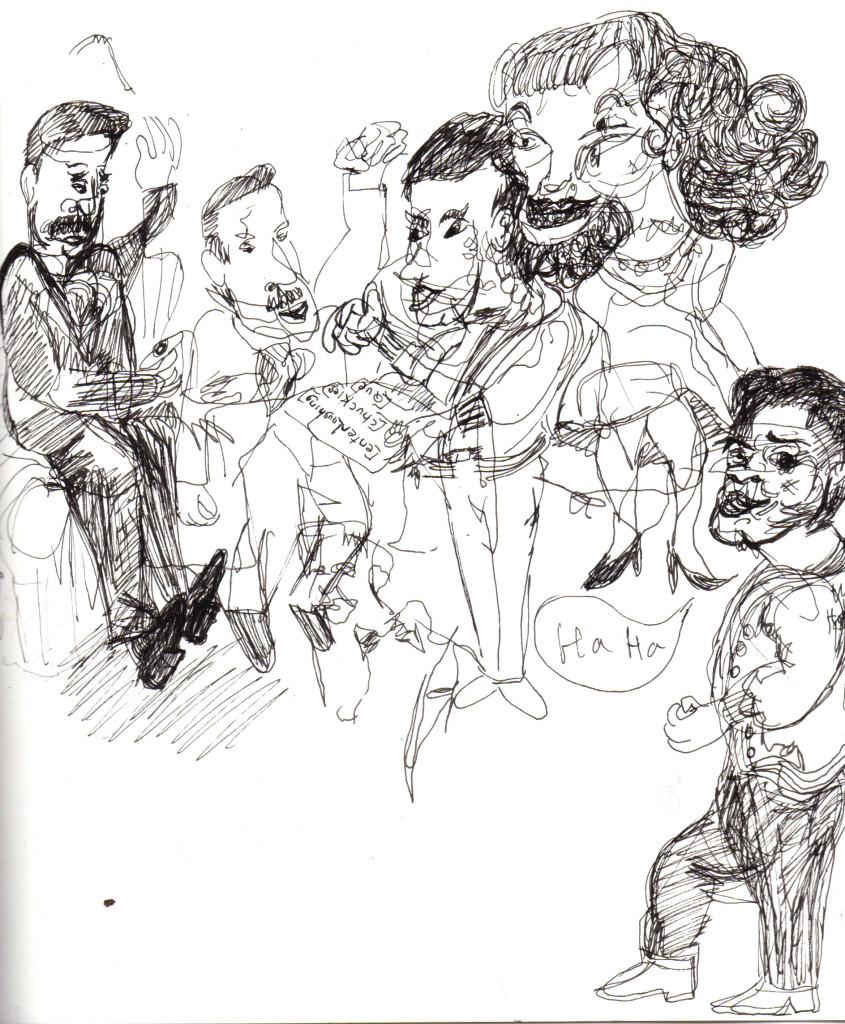 There is a quickness to the young talent and artsy spirit to Mike Sokolowski’s role as David Kolowitz. More importantly, the fundamental psychological side is determined by his relationships, family, girlfriend, and of course his fascination with acting. He wants to be somebody! Mr. Foreman, played by Paul Kerrigan, comes out on stage and answers the phone to reveal to the audience that the person on the other end tried to call earlier but nobody was there to answer it. David Kolowitz was late to work and is always leaving early, a dream chasing-caricature of a New Yorker. 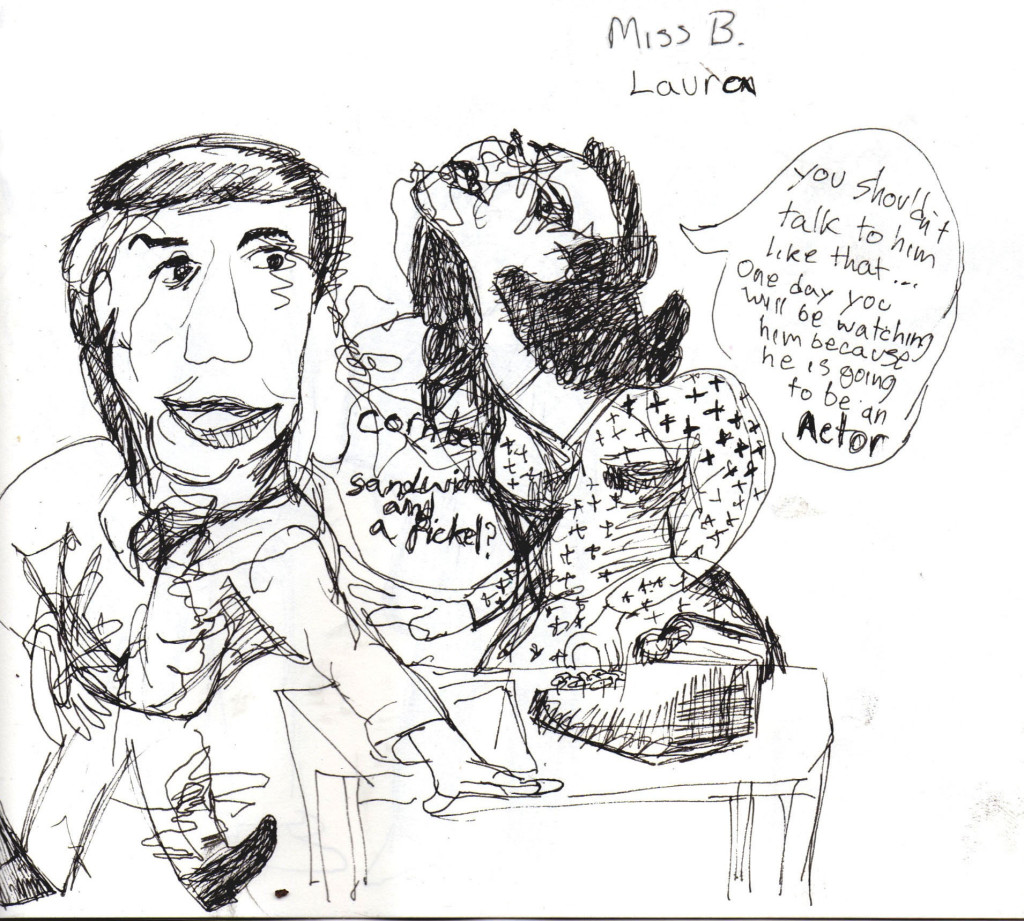 The master and his apprentice entertain us by showing us two worlds that co-exist: a future as an actor and a small shop to make a simple living. Marvin, played by DJ Gleason, and his girlfriend, played by Blake Eckert, are encouraging, but not too hopeful! This play is on the fast-paced urban track, and it is the express train going from comedy to tragedy. Our attention is on the errors and mistakes, or miscues by the actors at the Marlowe Theater Stage. It starts to connect the time’s national ethnography of 1960’s New York and performance as a work of art. 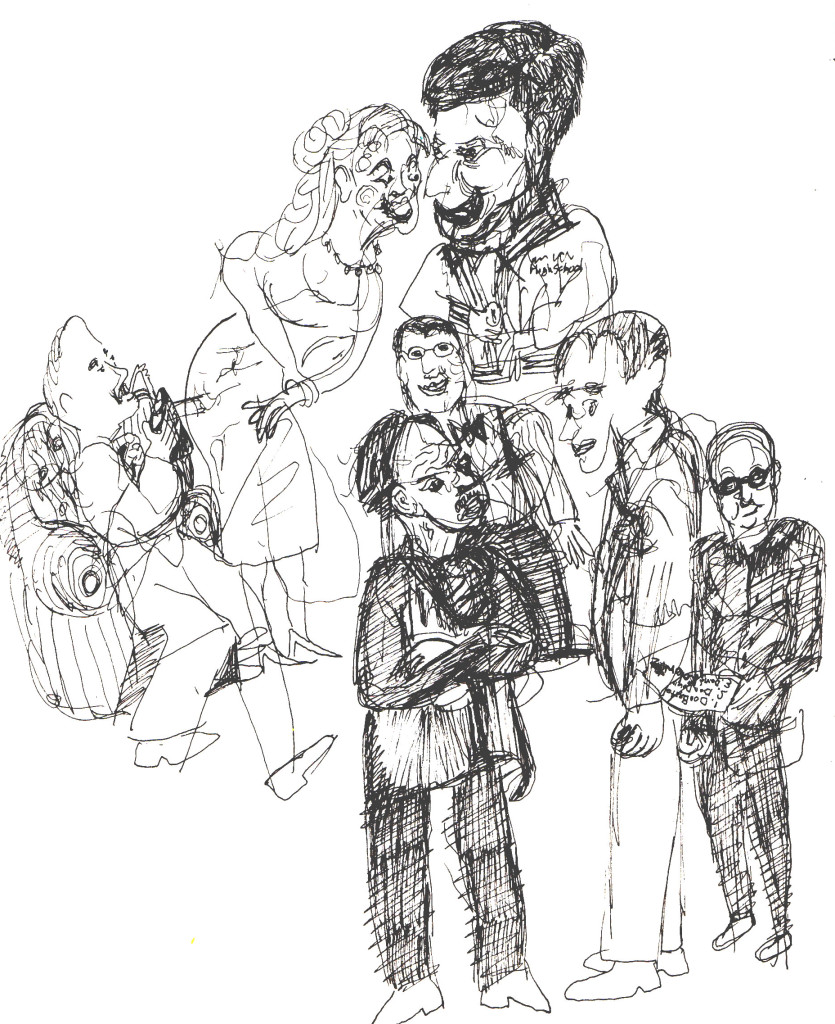 Some of the most memorable lines, “what is a queue,” “chuckles,” or “enter laughing,” all told the story of an irresponsible kid who doesn’t know any better on or off stage. The made up answers make David Kolowitz look innocent, while the rest of the cast is uptight. For example, the waiter, played by Joe Selfridge, Roger, played by Ryan Henzes, and Pike, played by Seth Knoch, frown upon the young and innocent rebel. 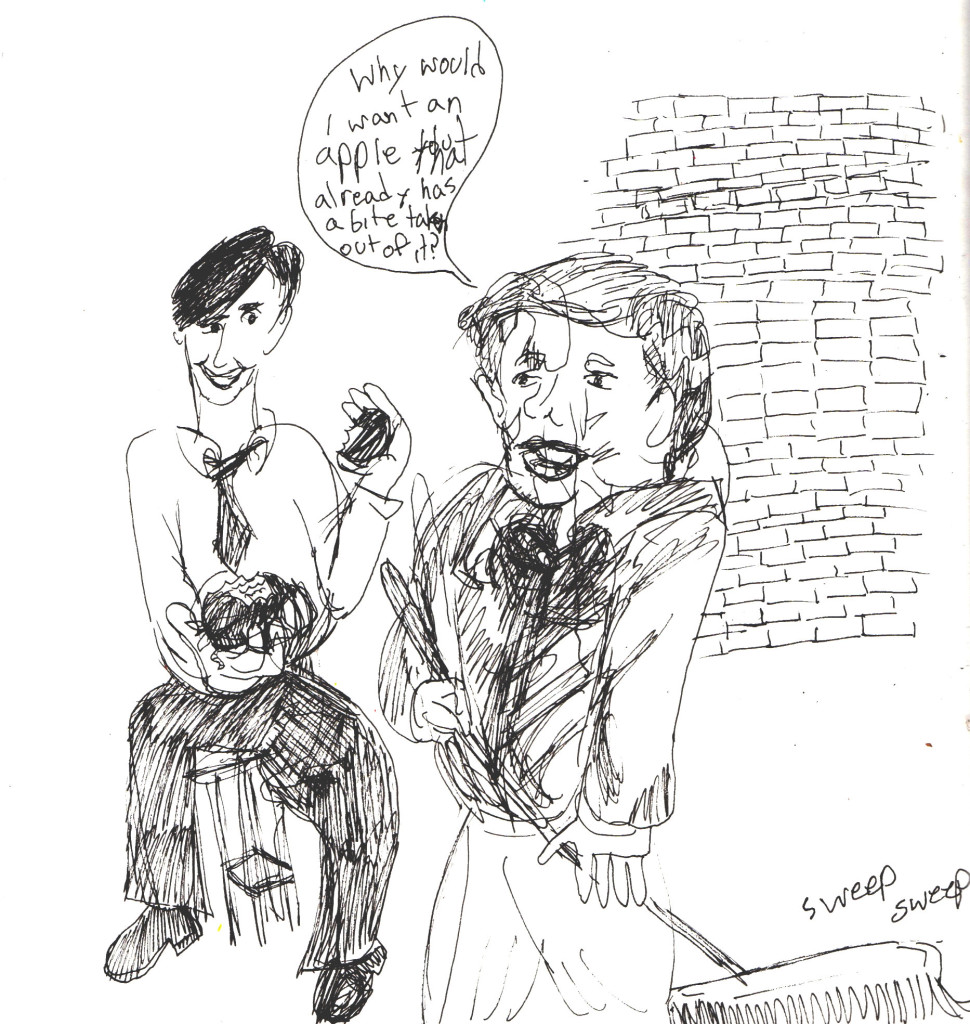 The hero of the day, Laura Miss B, Emily-Grace Murray, spices things up in the end. Then and there, back stage before the meta-play we witness the upper class and lower class switch. Roger the business executive at the La Tresh Hat Company returns as a foil to strip the connotations which label him superior at the onset of the meta-play at the Marlowe Theater Stage. The stylized social principles that defy the genius of Joseph Stein’s critical response to show biz is summed up here, “My name is David Kolowitz and I am an actor!” 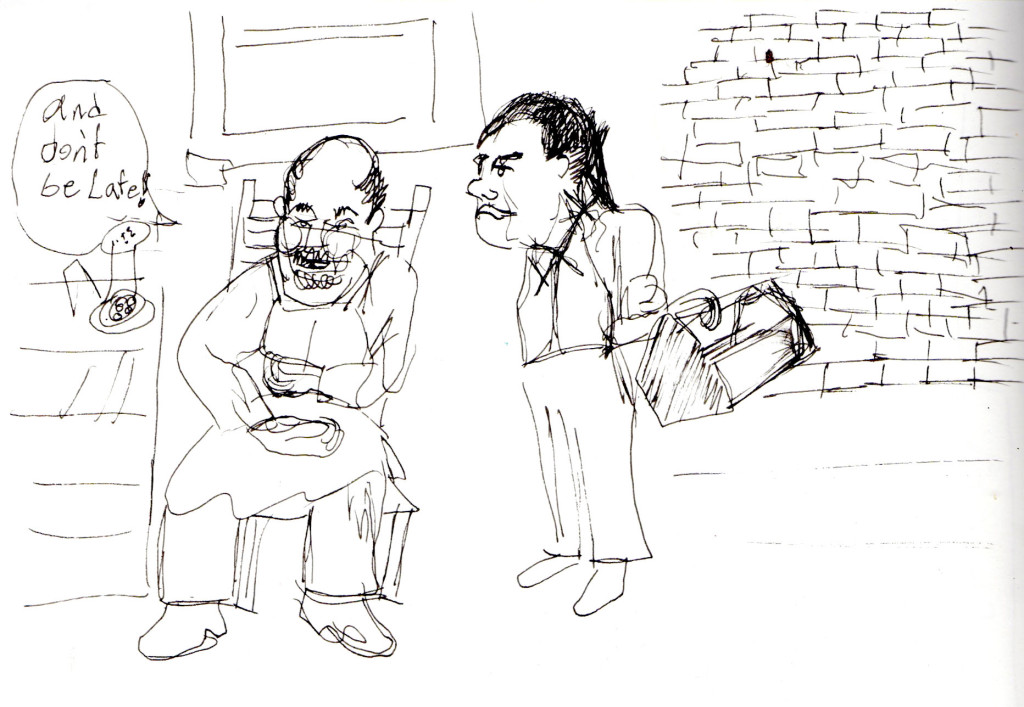