A multi-talented star of Philadelphia theater, James Ijames is a well-produced local playwright, a much-seen actor, an award-winning director, and a mentor to new generations of theater artists as assistant professor of theater at Villanova University. He was recently named one of ten recipients of the 2017 Whiting Award, a prestigious $50,000 prize.

He has acted on stages around the area. His accolades include the F. Otto Haas Award for an Emerging Artist, two Barrymore Awards for supporting actor for Superior Donuts (Arden, 2011) and Angels in America (Wilma, 2012), and a Barrymore for best director for The Brother Size (Simpatico, 2013).

He is a founding member of Orbiter 3 Playwright Producing Collective, a member of the InterAct Core Writers Group and a mentor for the Foundry. James’s writing credits include The Most Spectacularly Lamentable Trial of Miz Martha Washington (Flashpoint 2014) and Moon Man Walk (Orbiter 3, 2015).  His new play WHITE premieres this month just outside Philadelphia at Norristown’s Theatre Horizon. A humorous and relevant work about the intersectionality of race, sexuality, and gender, the work was part of the 2015 PlayPenn New Play Conference and the 2015 Gulfshore Playhouse New Works Festival and received the 2015 Terrence McNally New Play Award. James talked to Phindie about the genesis of WHITE and its development at PlayPenn, a Philadelphia-based organization for the development of new plays.

Henrik Eger: How did you come up with the concept for WHITE?

Eger: Describe the stages that your script went through, from your very first draft.

Ijames: Initially, the script was structured as a lecture Gus [one of the characters] was giving about his art, but it developed to be more of a personal life vs. professional life narrative that I think works nicely.

Eger: Many theatergoers seem to know little about the important work of dramaturgs. Could you describe the input on your work by your dramaturg at PlayPenn, Elaina DiMonaco?

Ijames: Elaina kept me honest about the structure. When I wanted to cut corners, she really held me accountable to the story I set out to tell. She was a huge cheerleader for my impulses and ideas.

Eger: What impact did Lucie Tiberghien, your PlayPenn director, have on the way you rewrote parts of your script?

Ijames: Paul [Meshejian] talks with you about who you would like, and you bounce around a lot of names. I spoke with Lucie on the phone after she read the play, and she just had great ideas about the script and where it could go. I knew instantly that she would be a great fit. She was a huge influence on the play. Our aesthetics are very similar, and the issues that move us are very close. So we worked really well together. She also really held me accountable to the story.

Eger: PlayPenn had invited a large range of theater artists, including stage designers, to work with you.

Ijames: I have close relationships with a lot of designers. Dan Perelstein and I are very close, and we collaborate a lot. I love that designers are a part of the process at PlayPenn. I think they give us great insight into the plays that playwrights sometimes don’t think about or can’t think about. For example, thinking about costume changes for actors or how lights could be a part of the text and not an afterthought.

Eger: Among playwrights in North America, Paul Meshejian and Michele Volansky are legendary for nurturing new plays. Could you give examples of how their work shaped part of your script?

Ijames: Paul and Michele have gotten the system down to a science. It’s truly a playwright-centric process. They believed in me very early in my career, and that vote of confidence is HUGE. Volansky was the dramaturg on Miz Martha [The Most Spectacularly Lamentable Trial of Miz Martha Washington] and she really changed how I thought about playwriting as a craft. She focused my thinking about structure and how form meets content. They’re the dream team. 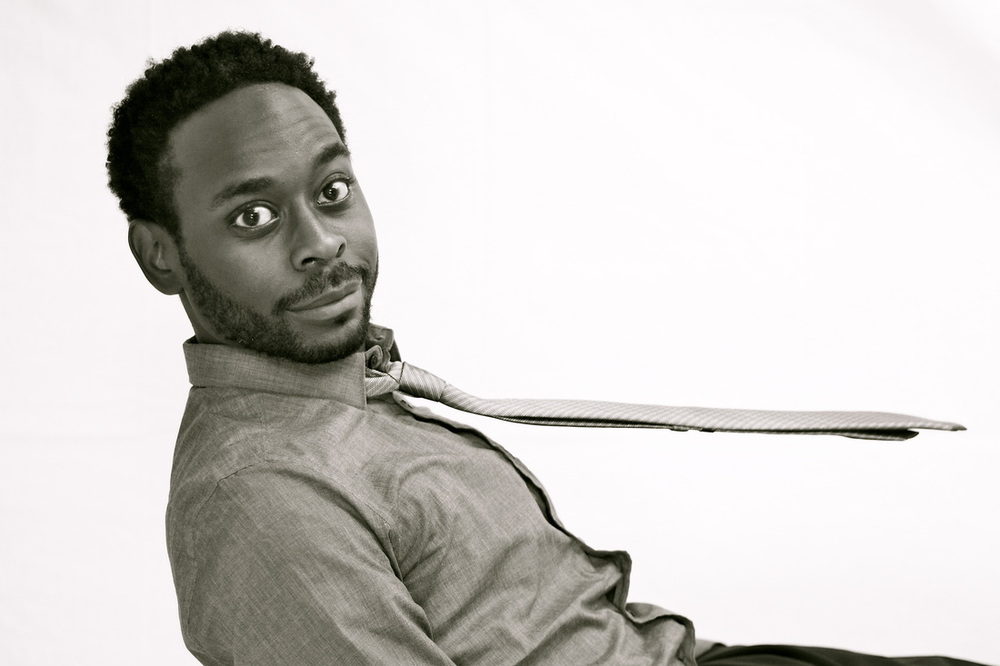 Eger: One of the PlayPenn goals is to “provide as many resources and remove as many obstacles as possible.”

Ijames: PlayPenn gives you the best of the best in terms of actors, directors, dramaturgs, designers, you name it. They also shield you from the looming questions of production that I think sometimes hampers the writing process.

Eger: Could you tell us a bit about your experience with Patrick Ross, your intern?

Ijames: Patrick was wonderful! I really tried to make him more than an intern, and he was a great contributor of ideas in the room. Always helpful! He’s a remarkable playwright as well, so his work in the room was very smart and grounded in the craft. I just adored him.

Eger: Each of your plays was given two public readings with professional actors. How much did that process shape your play?

Ijames: I learned how the comic rhythm of the play could be directed toward the rug pulling out at the end. The audience responses really helped me understand how I could craft that. I use humor and laughter very intentionally in my plays, but you don’t know if it’s funny until you hear people laughing. I don’t really like to take audience recommendations, mostly because EVERYONE has an idea of how your play should work. It’s best for me that I write my truth and be honest to the story I’m trying to tell.

Eger: Overall, how would you describe the PlayPenn process and its impact on your play? What were some of the best insights you gained from the PlayPenn team?

Eger: As a PlayPenn playwright, how has your participation in this intensive workshop series changed the way you might handle challenging situations differently in the future?

Ijames: I’ve worked for 10 years as an actor. I’m fine with rejection and self-doubt. What PlayPenn has helped with is how to make an airtight, dramatically engaging, honest play. They have taught me how the playwright can be a collaborator and not a Tsar in the process. I feel that I can walk into any rehearsal or development process and still be able to hold on to my voice and aesthetic, no matter what comes my way.

Eger: Since 2005, PlayPenn has helped bring about 100 plays to a state they cautiously call “closer to production-readiness,” rather than “completed.” How do you feel about this distinction?

Ijames: I feel the play is very close to production-readiness, but I also feel plays are never really done until they reach production, and even then there are still things a writer may change.

Eger: True. Congratulations on your world premiere of WHITE at Theatre Horizon (from April 27 till May 21, 2017). Where do you see yourself now in this process of becoming an even stronger playwright than before?

Ijames: I feel like I’m going to “college” as a playwright. I feel like I’m stronger, but have more to learn. I feel like people are investing in me in a truly exciting way—through productions and prizes and development programs—but I feel like I have some time before I “graduate.”

Eger: What advice do you have for the next generation of playwrights?

Ijames: Write every day. Write for a personal, specific audience—the more specific, the more universal the play becomes. Find the people who can help you develop the play, even when you don’t have the luxury of a PlayPenn. Know who you can send the play to and what kind of feedback you can expect. Finally, don’t get advice from just anyone. For advice: Go to the people who love you.

Eger: Many thanks for the interview and your honesty.