What was interesting about this production was the closeness I felt with the characters. You can seen how I zoomed in on the characters much more than usual. There were very little moments where action could happen on my end, except for a few dance numbers.

This may be an anti-war message or marxist adaptation, but it is certainly a satire on sex, 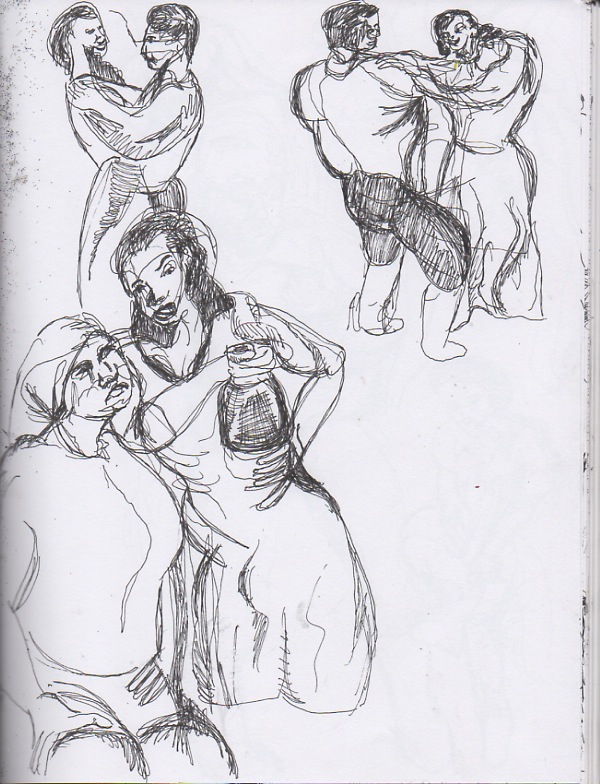 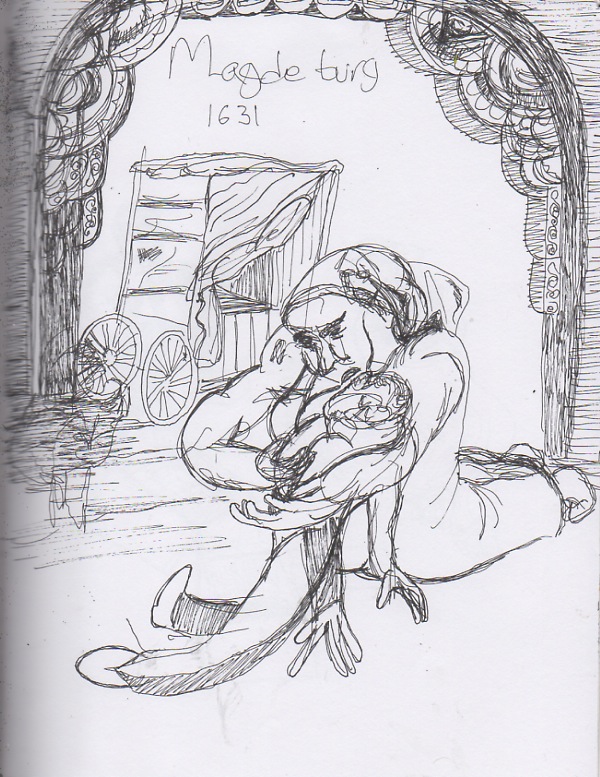 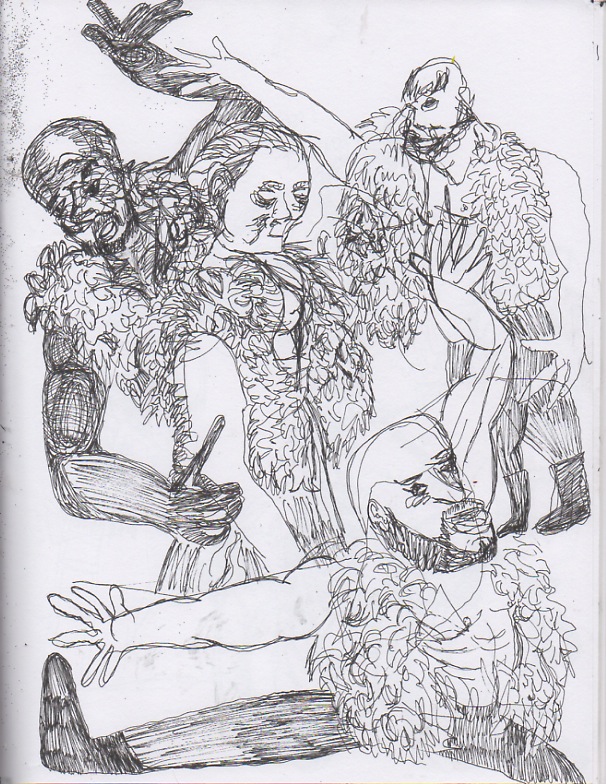 Forest McClendon is a maniac towards the end. 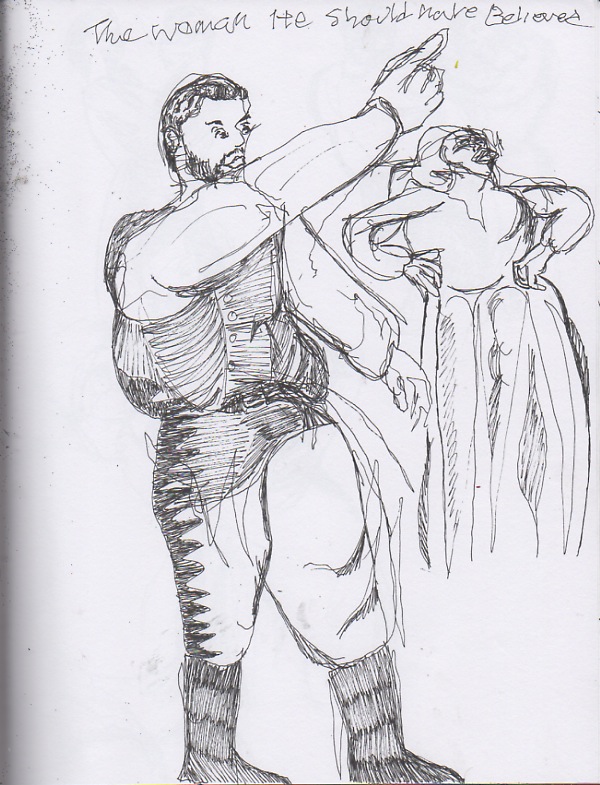 It is equal in laughs with Daniel Miller from the opening scenes. 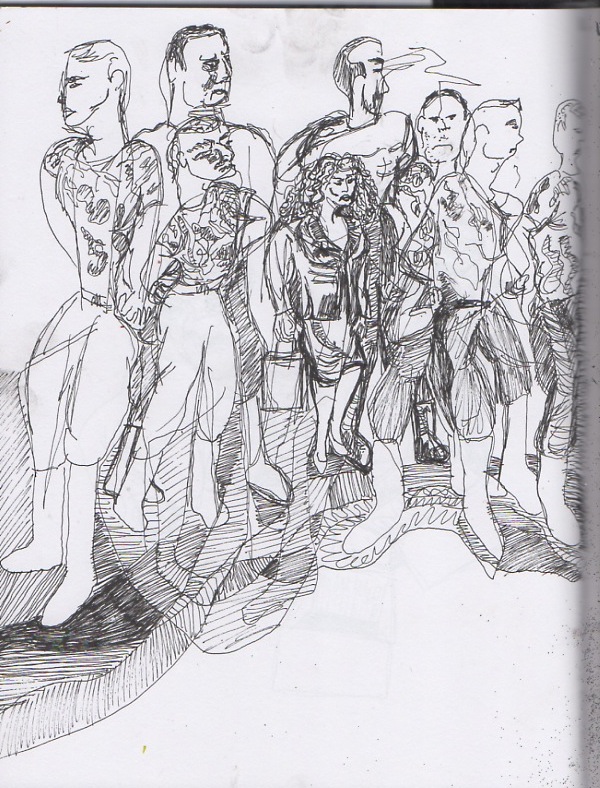 Finally Janis Dardaris kills it when she comes out in a modern woman’s attire dressed for business and soldiers sound off, “SELL, SELL, SELL.” 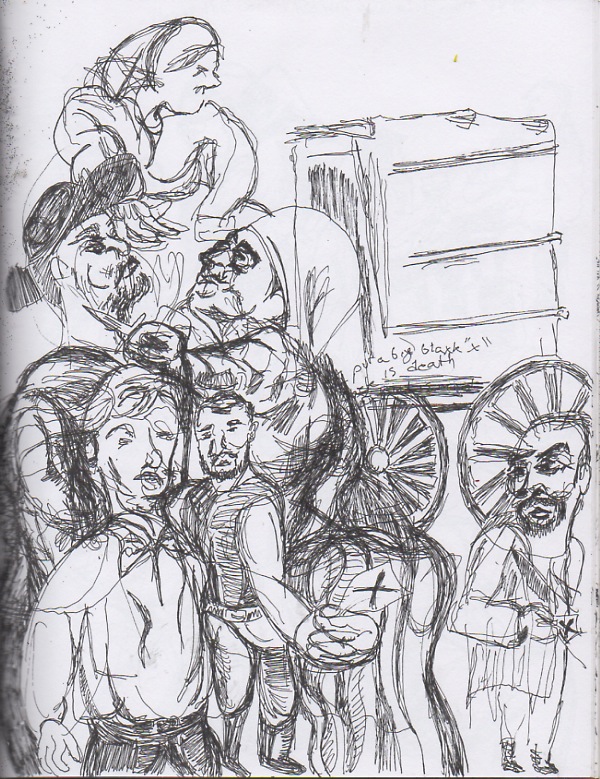 We remembered Dardaris from her role in Morning of Electra a couple years ago, and thought she did a great job in playing the different levels of feminism, and that is at first cold, 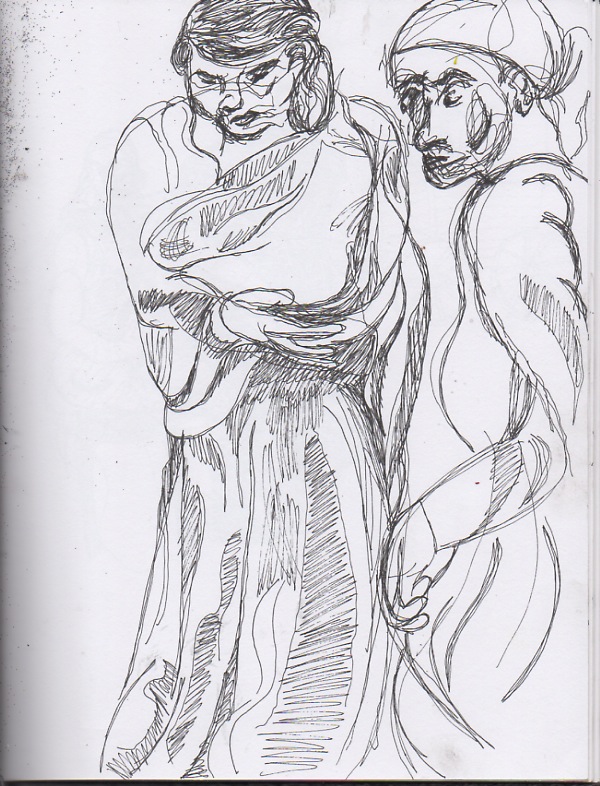 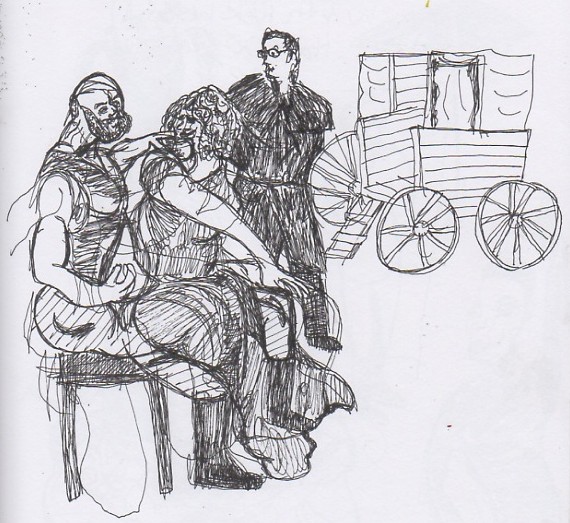 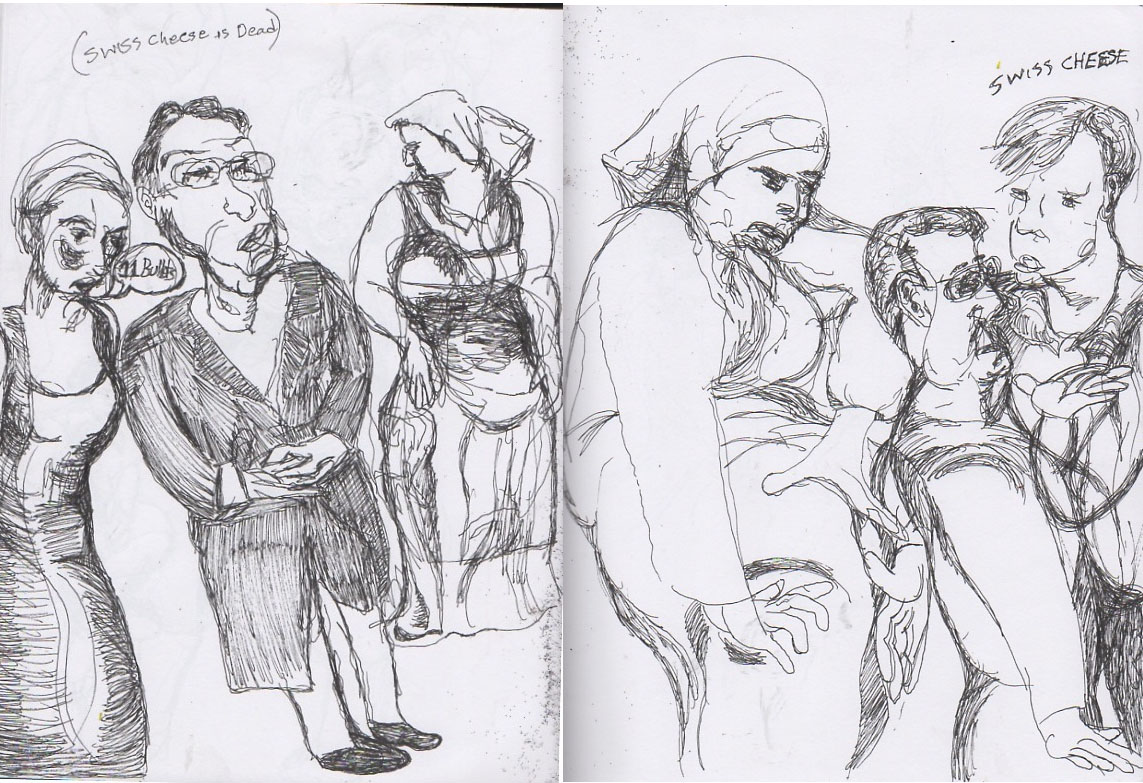 Above, the Chaplain, Gregory Isaac, lays into Mother Courage. In a asexual manner, but she keeps drinking bourbon and being crass. As he chops wood his character is a foil throughout, and even when Swiss Cheese dies the Chaplain blames Mother Courage for benefiting from the war.’ 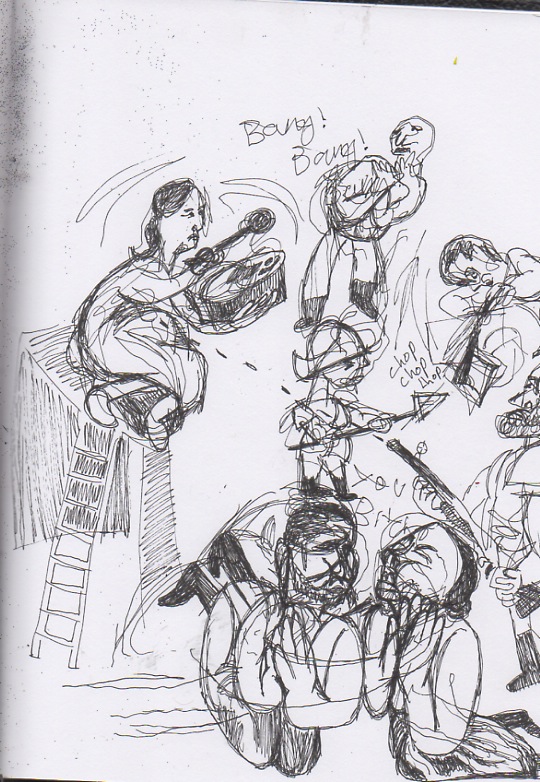 The last scene is a dramatic death. The pounding on the drum, the two kneeling figures praying, more chopping of wood, and a gun shot kills Kattrin, Leigha Kato, and the worried faces of the peasants were seriously distraught! The acting was delivered well and these were secondary characters. Read the Phindie review.