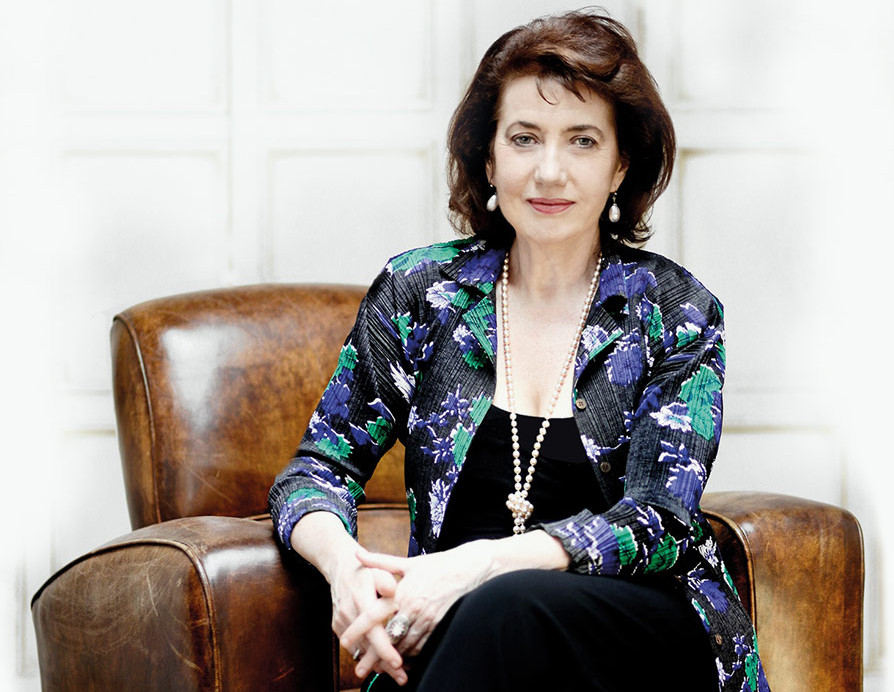 The distinguished British pianist Imogen Cooper presented several works for piano on November 9, 2016, at the McCarter Theatre Center in Princeton. Her program began with Janacek, then Schumann, and after the interval, short works by de Falla, Debussy, and Albeniz, culminating in one book of Albeniz’ Suite Iberia.

Beginning with excerpts from Leos Janacek’s On an Overgrown Path, one was immediately transported into a world far outside Princeton, New Jersey. Rather, one was in the Ukiyo-e, the floating world of highly stylized Japanese art and emotion creating dreamscapes both known and unknown, interpreted in kaleidoscopic ways.

According to Paul Schiavo’s informative program notes, Janacek is said to have started writing in an original way after the success of his opera Jenufa, this being the beginning of his reawakening as an artist. The insistent figure ominously appearing in the last piece The Barn Owl Has Not Flown Away! Is said to have as a theme an owl lingering in a barn as a harbinger of death. Angular and spooky indeed it was, but not as revolutionary to our ears today as it must have been in 1911.  As we will see later, Cooper slyly included this work to be complementary to the Debussy and de Falla pieces she would later play that evening. Pointing up the fact that this freshness and originality seemed to be the zeitgeist of the period, as both Debussy and de Falla appeared to exercise considerable originality as well.

Next on the program was Robert Schumann’s Davidsbundlertanze, Opus 6. Many have heard this piece played by Horowitz or Arrau, but Cooper’s interpretation was unique. Never flashy for mere effect, she measured each moment into a substantial whole. Like Arachne, Cooper spun a web of musical intrigue, a cocoon of glistening phlegm about each listener, enticing us into private raptures.

After the interval, a collection of pieces by de Falla, Homenaje (Pour le Tombeau de Claude Debussy), Debussy, La Soiree dans Grenade, from Estampes, and La Puerta del Vino, from Preludes, Book II, and Albeniz, El Albaicin, from Suite Iberia, Book III. How delightful to have the Janacek to compare with these artists. With the solid masterpiece of the Schumann acting as imposing Jupiter around which these works spun unique orbits. The audience was stunned by Imogen Cooper’s blazing sunshine when she continued her recital to the final work, excerpts from Albeniz’s Suite Iberia. Unfamiliar to most in the audience, we were on course for an interesting journey no less intriguing than what had already been heard. Albeniz’s hypnotic insistence called to mind Bejart’s choreography, especially his choreography for Jorge Donn in Bolero. As Yvonne Rainer wrote about her dancing, “One must take a chance on the fitness of one’s instincts.” Indeed, Imogen Cooper’s instincts this evening were spot on.

At the program’s conclusion, many in the house lavished bravos upon Cooper, offsetting the desultory acclaim of the remainder of the house.

The McCarter music season will include Hilary Hahn, Kirill Gerstein, Gidon Kremer and Kremerata Baltica, and Inon Barnaton, among others. For more information, visit their website at mccarter.org.