At 800+ pages, Fyodor Dostoevsky’s The Brothers Karamazov would not seem ideally suited to theatrical interpretation. Though the plot about a dissolute father and his three (or more) jealous sons fulfills Tolstoy’s truism about the unhappy family, the work gets much of its power and renown from the author’s perceptive writing style and philosophical insights. Enda Walsh’s adaptation, DELIRIUM, now in an exhausting production by EgoPo Classic Theater, truncates the plot, forgoing the concluding trial and the sections about elder Zosima, and much of the books other best parts besides. And though the play preserves some of the long philosophical debates, these asides on the existence of god and free will seem ill-fitting for contemporary consideration.

Walsh focuses on the triangles (not “love” triangles: “they are a family starved of love”) between father Fyodor, his libertine son Mitya (Chris Anthony), and loose woman Grushenka (Kayla Anthony), and between Mitya, his betrothed Katerina (Kelly McCaughan), and his more timid brother Ivan (Johnny Smith). Even trimmed, the plot runs at a tiring pace. Director Brenna Geffers highlights an expressionistic surrealism (“all us Karamazov’s are insects,” says Mitya; the cast buzzes), and her design team successfully creates a sensory feast (most compellingly with Lucas Fendlay’s sound design of muted then amplified music, bells, and phones). We come away thoroughly impressed by the efforts of the actors and designers, but overwhelmed by the movement and insufficiently moved by the characters’ plights. None of the characters in Dostoevsky’s work are particularly likable, but I don’t recall being so unmoved by their fates. 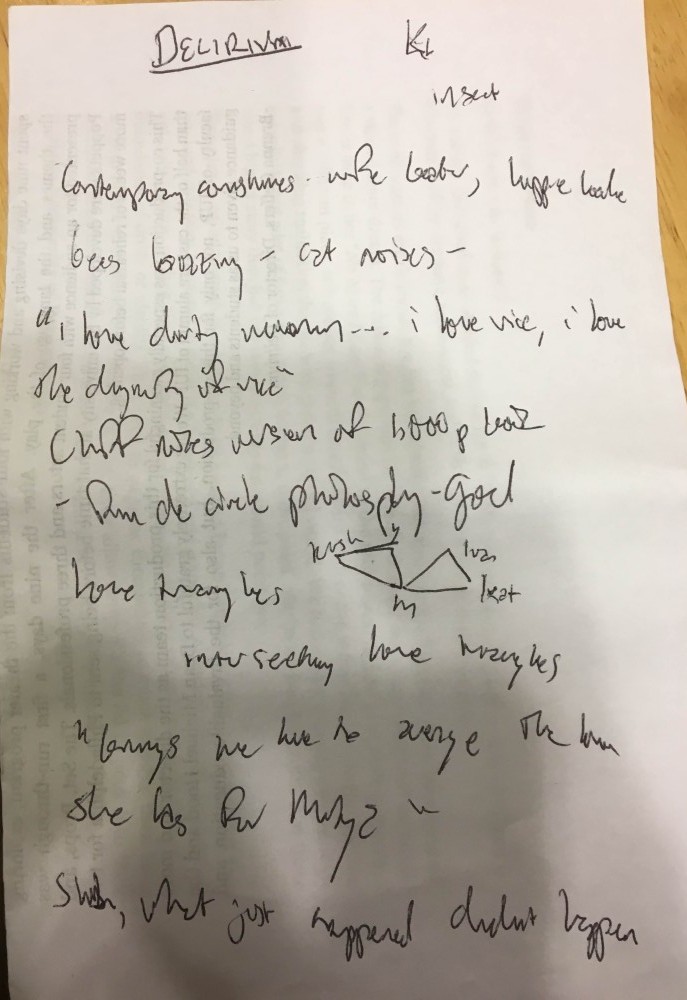