One of the best things about the annual Philly Fringe festival  is the opportunity to see several works of performing arts in one day or evening. I remember a few years ago catching a show by a troupenamed after Andy Warhol’s shooter in an old city coffee shop at 6pm then wandering behindCarpenter’s Hall for an 8pm show of two short plays set on a park bench, acted on a park bench.

The festival has grown since then (they just posted a sneak peak of the 2012 fest, the lineup looks awesome). The venues are more spread out and generally less idiosyncratic, and everyone seems to want to schedule at 8pm, but with careful planning and free rides across town, you can still see multiple shows in a row. At other times of the year, that is pretty much impossible. 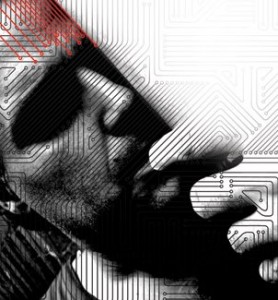 New City Stage Company produced Sam Shepard’s  Savage/Love and Tongues for the 2011 festival, so it’s fitting that they would schedule the opening for 11pm this Saturday night. You can make a night of it and catch their world premiere Asymmetric on the same stage of the Adrienne Theatre in Philadelphia at 8pm. Or perhaps another play in the area, such as the closing night of Philadelphia Artists Collective‘s Changes of Heart (or, The Double Inconstancy) by Pierre de Marivaux.

Savage/Love is billed as “a propulsive quest of a lonely man looking for love,” a prelude to Tongues, “a passionate fever dream in which a dying man delivers his last rites.” It’s also onstage at less night-owly times, with five shows May 26-June 3. See newcitystage.org for details and tickets.