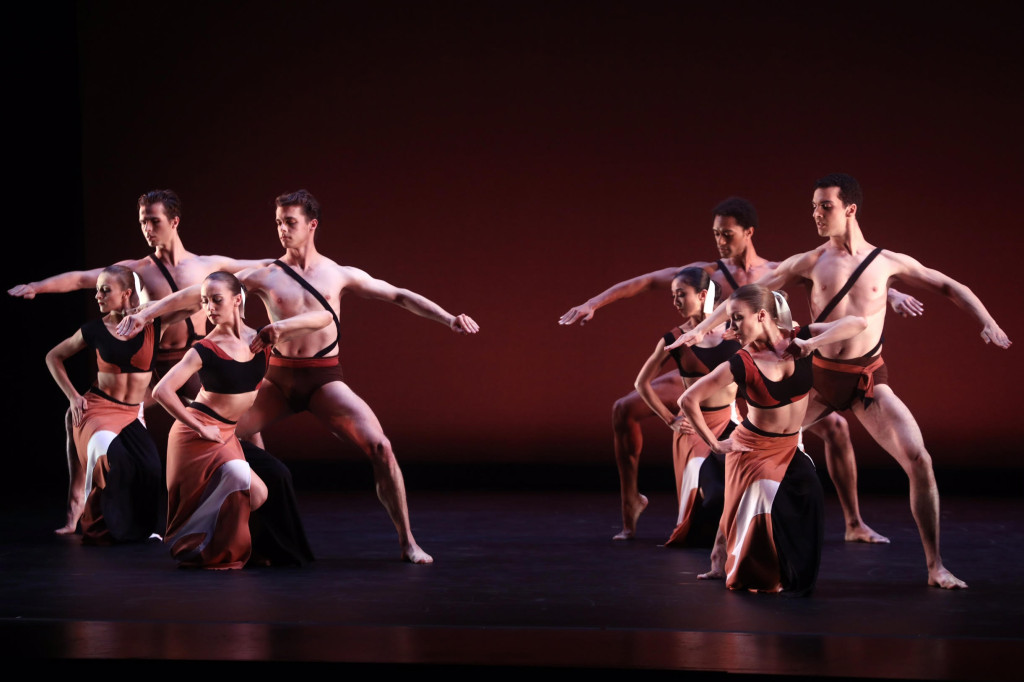 As a pioneer and legendary dancer and choreographer, Martha Graham established the root of modern dance almost single-handedly. She is often named as one of the most impactful artists in 20th century, along with Picasso in modern visual art, Stravinsky in music, and Frank Lloyd Wright in architecture. Her life was devoted to dance since she first watched Ruth St. Denise—one of the pioneer dancers who introduced Eastern ideas such as yoga and oriental dance to the West—performing in Los Angeles. Graham founded her dance company in 1926, where she created her own dance language and method and 181 dance repertoires.

The repertoires presented at the Prince Theater as the second program of 2016-17 NextMove Dance include some of her earlier renowned works, Dark Meadow (1946), Errand into the Maze (1947), and Appalachian Spring (1944), along with a recent work by the Martha Graham Dance Company, Lamentation Variations (2007), which commemorates 9/11.

Graham’s choreographies seek the meaning of human life, especially of the female race. The movement of her unique method—the hand formed like cup and shoulder and arm lines gracefully curved, while the lower body feels the ground and its gravity—is similar to the dance art of agricultural tribes who live with the mother nature. The core of her technique, contraction and release of the energy from inside the lower abdomen, creates a certain rhythm towards the climax. Her introverted movements let us feel the internal passion and strength hidden beneath the graceful surface. Unlike the dance which just entertains the audience, Graham’s dance lets us feel and experience—with sorrow and despair, courage and desire—the life of a human who lives in nature, conquers the fear of self, and finds a new world in unknown land.

Dance is an art form where each performance is unique. Its language, meaning, and use of dancers’ bodies as a tool, has changed over time. Still , Martha Graham Dance Company let us realize that certain things are always fundamental and unchanged.