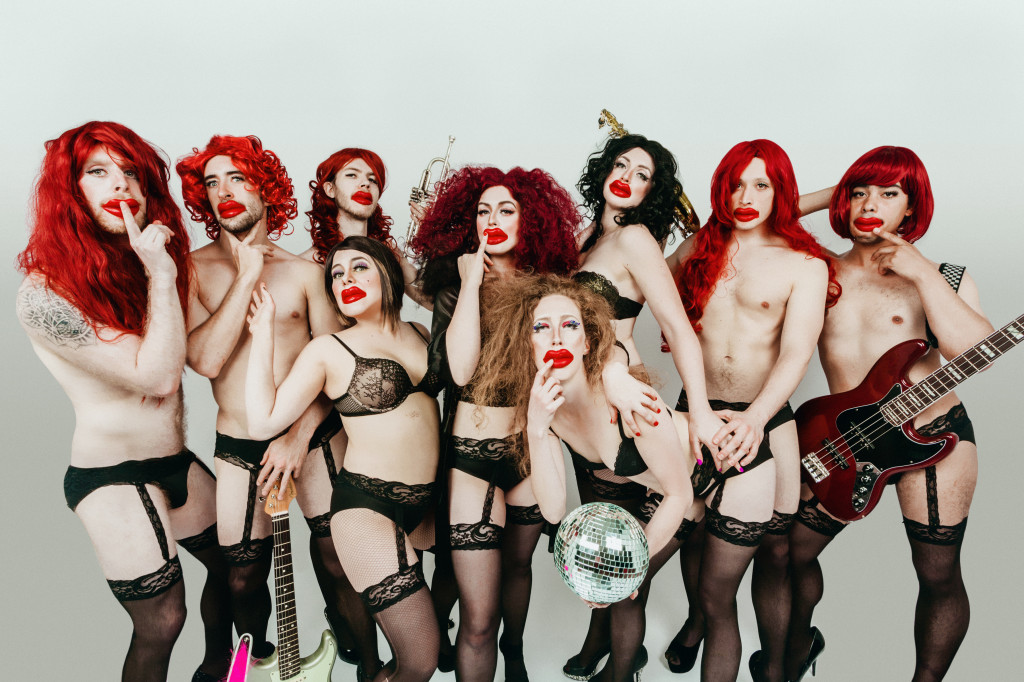 Despite being around for a few short years, the Pig Iron School for Advanced Performance Training has had a dramatic effect on local theater, graduating cadres of theater artists committed to transforming Philadelphia’s performance scene. In the celebrated clown supergroup Red 40 & the Last Groovement, this influence extends funkily to local music.

The band has performed at Philadelphia’s premiere venues (Union Transfer, The Trocadero, Kung Fu Necktie) and as the house band for FringeArts headquarters. On October 29, 2016, this venue will host a raucous release party for the band’s first LP, SHE’S KEEN TO FEED.

Ahead of the release Red 40 and her consorts give us their favorite all-time songs and favorite songs from the new album, which harnesses the sexy antics you see onstage surrounding femininity, food, and sexiness. [FringeArts, 140 N. Columbus Avenue] October 29, 2016; fringearts.com/event/red-40-last-groovement-album-release-party. 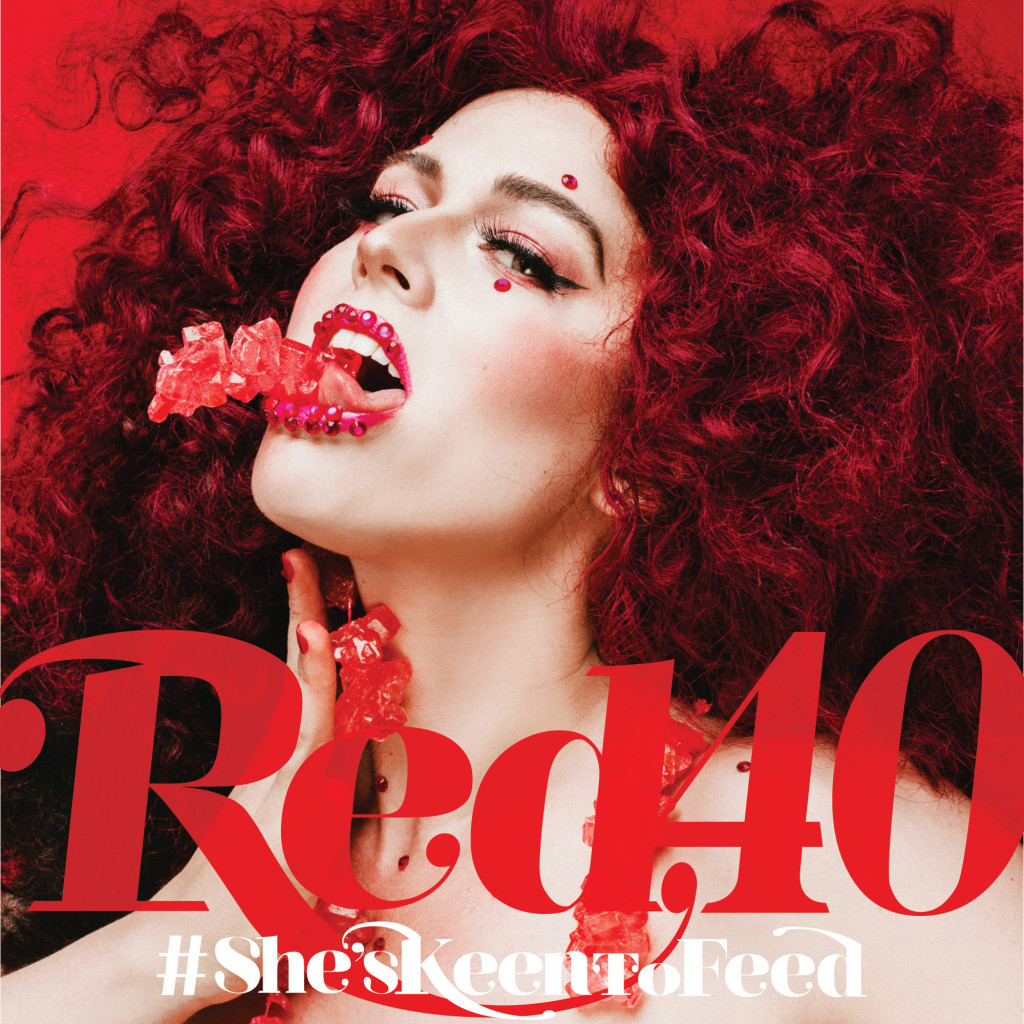 Name: Martha Stuckey
Character Name: Red 40
Favorite Song: “Both Sides Now” by Joni Mitchell
Why?: I know. I chose a very un-funky song. Also, I can’t get down with Joni and her coo-coo bananas due to recent interviews. But, I guess that complexity is appropriate since it’s part of why I like the song so much. I’m fascinated by the tension that comes from multiple, contradictory Truths existing at the same time and “Both Sides Now” really gets at that. I also think that same fascination is in Red 40 and SHE’S KEEN TO FEED: Being a woman is a mystical privilege that also includes strangers consciously doing and saying unconscionable things to you in public; Gross is sexy, sexy is gross; Living in your most potent power as a human involves accepting deep heartache.
Favorite SHE’S KEEN TO FEED Song: A new song-ish track called “Things That Make Me Feel Like a Woman”
Why?: Same reasons as above. But also, it feels direct in a way that only Red 40 & The Lady Groovement can be. 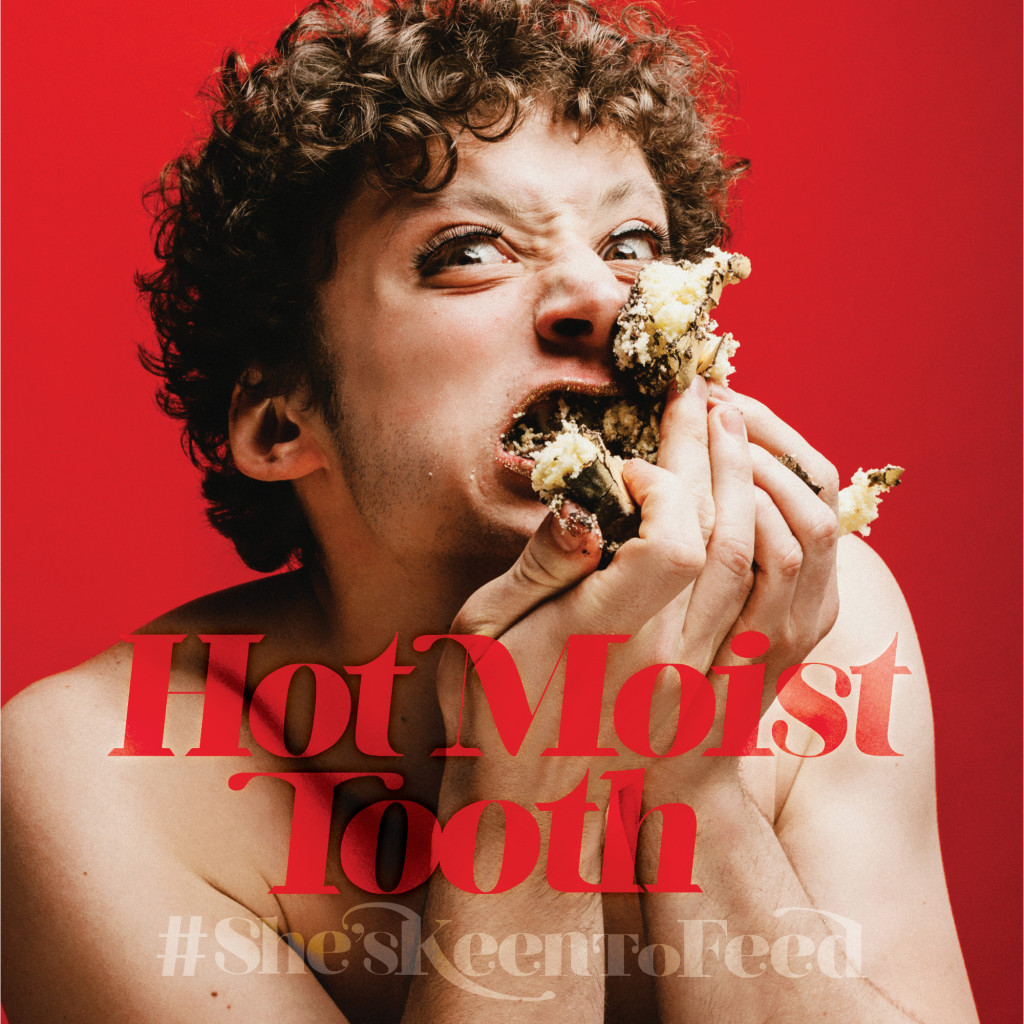 Name: Ben Grinberg
Character Name: Hot Moist Tooth
Favorite Song Ever: “Buddy Holly” by Weezer
Why?: I just feel like that’s a super solid choice for a favorite song. There’s so much pressure to pick just ONE. And all that it says about you. I can’t hang. I know that until I got rid of my old computer a couple years ago, that song was by far the #1 most played in my iTunes. It manages to be dark and angsty but also upbeat and fantastical, nostalgic and nostalgia-inducing. It was an awesome anthem to grow up to.
Favorite SHE’S KEEN TO FEED Song: 100% without question “Cannibal”
Why?: Martha Stuckey, and the whole band, really, were **touched** by some kind of higher power while recording that monologue. It manages to go from hilarious, to political (read: probably offensive to a lot of people from the Midwest), to just plain weird, to chill-inducing over the course of less than four minutes. Just like all good Red 40 stuff does! 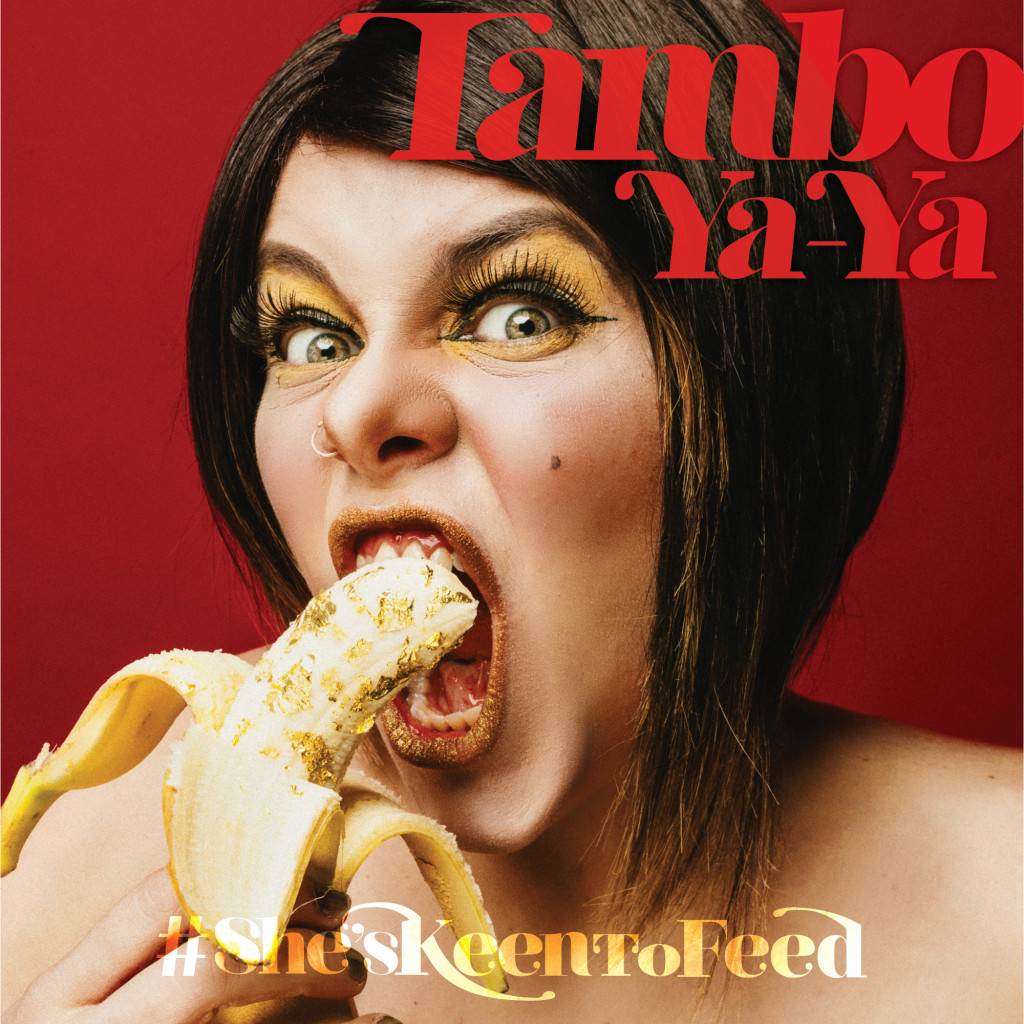 Name: Jess Conda
Character Name: Tambo YaYa
Favorite Song Ever: “Good Fortune” by PJ Harvey.
Why? Personal mantra song for my life. When it’s a perfect 70 degree day and I’m driving with the windows down, I will blast this song and sing for at the top of my lungs every time.
Favorite SHE’S KEEN TO FEED Song: “I Hope It Hurts”
Why?: I love that this song has a couple of big shifts and movements within it. I love that it turns into a real dirty rock track. My favorite lyrics that Red ever wrote are in this song, I love their honest poetry. The song is raw as hell about heart hurt and makes me want to thrash that hurt out with my whole body it out every time we play it. 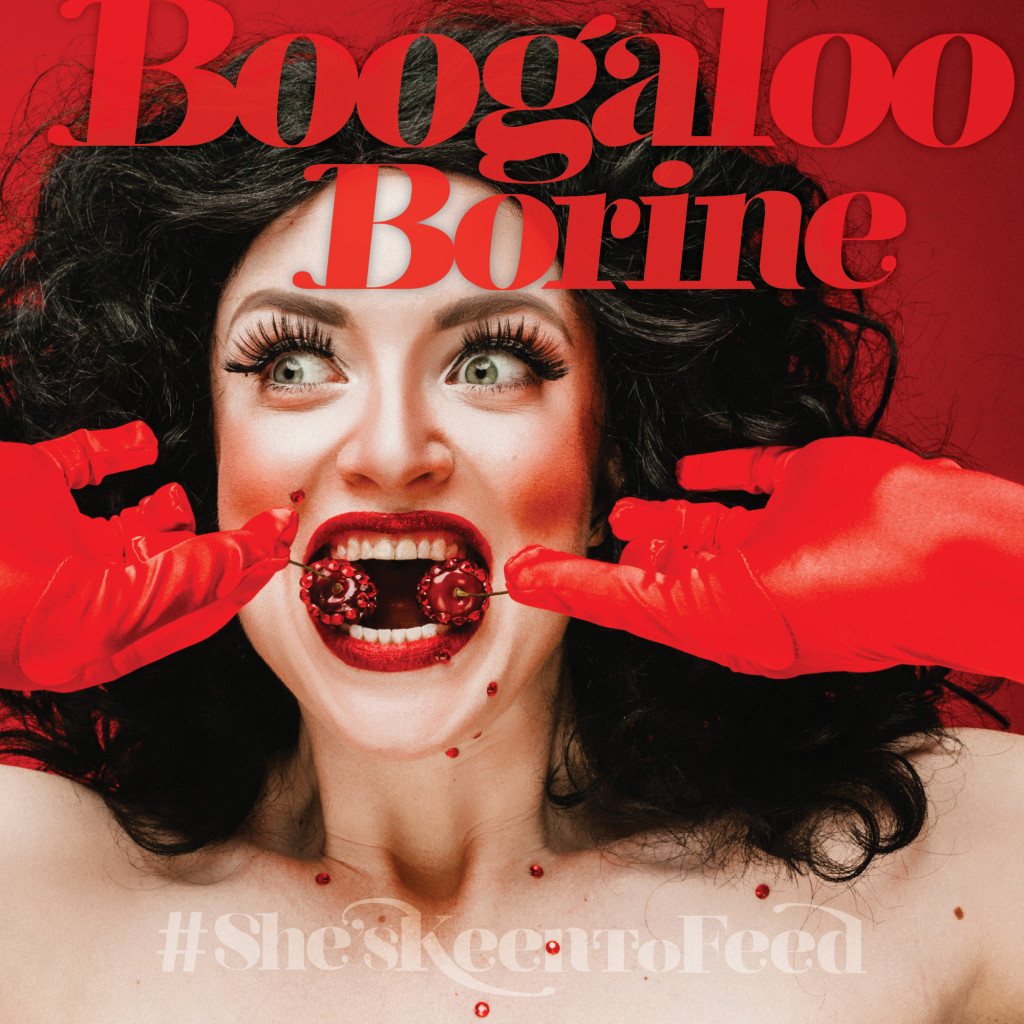 Name: Caitlin Antram
Character Name: Boogaloo Borine
Favorite Song Ever: Gooooood I hate choosing favorite anything!! I’m going to go with Peter, Paul and Mary’s version of “Leaving on a Jetplane”
Why?: It’s the first song my dad taught me to sing while he played guitar and I stood on his case when I was two years old. It’s rich with harmony and probably one of the first songs that helped train my brain to hear them. It’s melodrama in the best way. It’s melancholy in the best way. It speaks to my literal ongoing personal experience as a woman with a long (loooong) distance fiance.
Favorite SHE’S KEEN TO FEED Song: “Smooth Me Down”
Why?: I love the catharsis of this song. I love the places it goes musically and the fact that we don’t have another song quite like it. I love all of its associated raps. Once it gets going, it feels like riding a great wave that’s taking you to a better place. 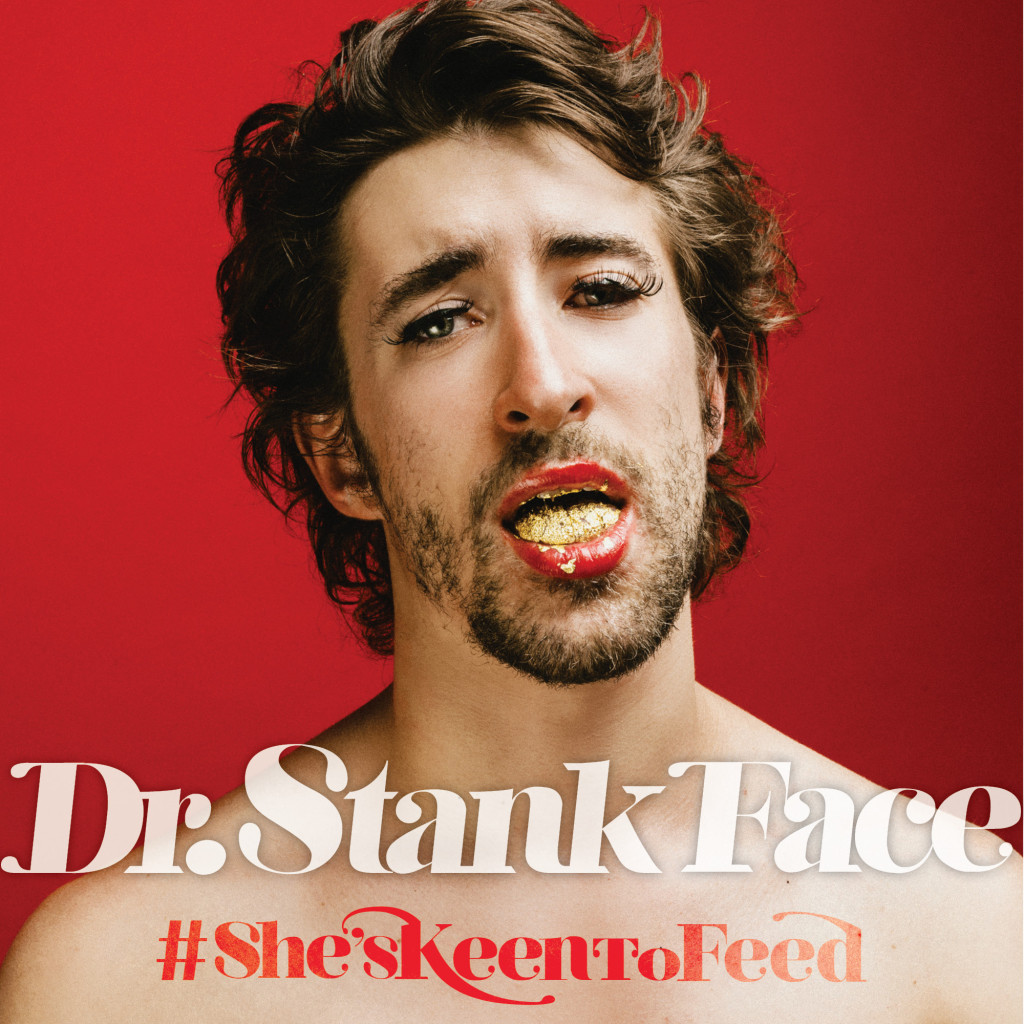 Name: Matteo Scammell
Character Name: Dr. Stankface
Favorite Song Ever: Ever? This really requires more thought than I can afford right now, but I’m going to choose “Truth” by Alexander.
Why?: It really is a glorious song. It’s simple. And honest. And atmospheric. It feels like the earth is speaking. It feels almost ancient. It has a powerful melancholic heartbeat with a twist of joyful teardrops. Like that feeling of watching the sun rise after you’ve been awake all night having revelatory conversation.. When I hear this song I feel like I have dipped into the darkest aspects of my life, and yet am filled with the energy necessary to carry on in the brightest most invincible way. It’s that feeling of being freed from your chains; ready for the overwhelming challenge of life. The lyrics are so emotional. They’re deep, poetic and frightening. Honesty is something I crave in art. And again, it’s simple. My second pick is “Hard Time Killin’ Floor Blues” by Skip James.
Favorite SHE’S KEEN TO FEED Song: “You Fucked Up”
Why?: My favorite song is “You Fucked Up”. Are there funkier songs? Yeah. Are there dirtier songs? Yeah. But what I love about “You Fucked Up” is the way all the parts work together. All the musical elements are exactly where they need to be. Plus it has an original vibe to it. It doesn’t have a traditional pop structure. And the emotional content is awesome. Martha sounds great. The horn arrangement is super dope. It’s funny too! It just feels really like an original song. Like, I don’t know of another artist who wrote a song like that. That’s something to be really proud of. 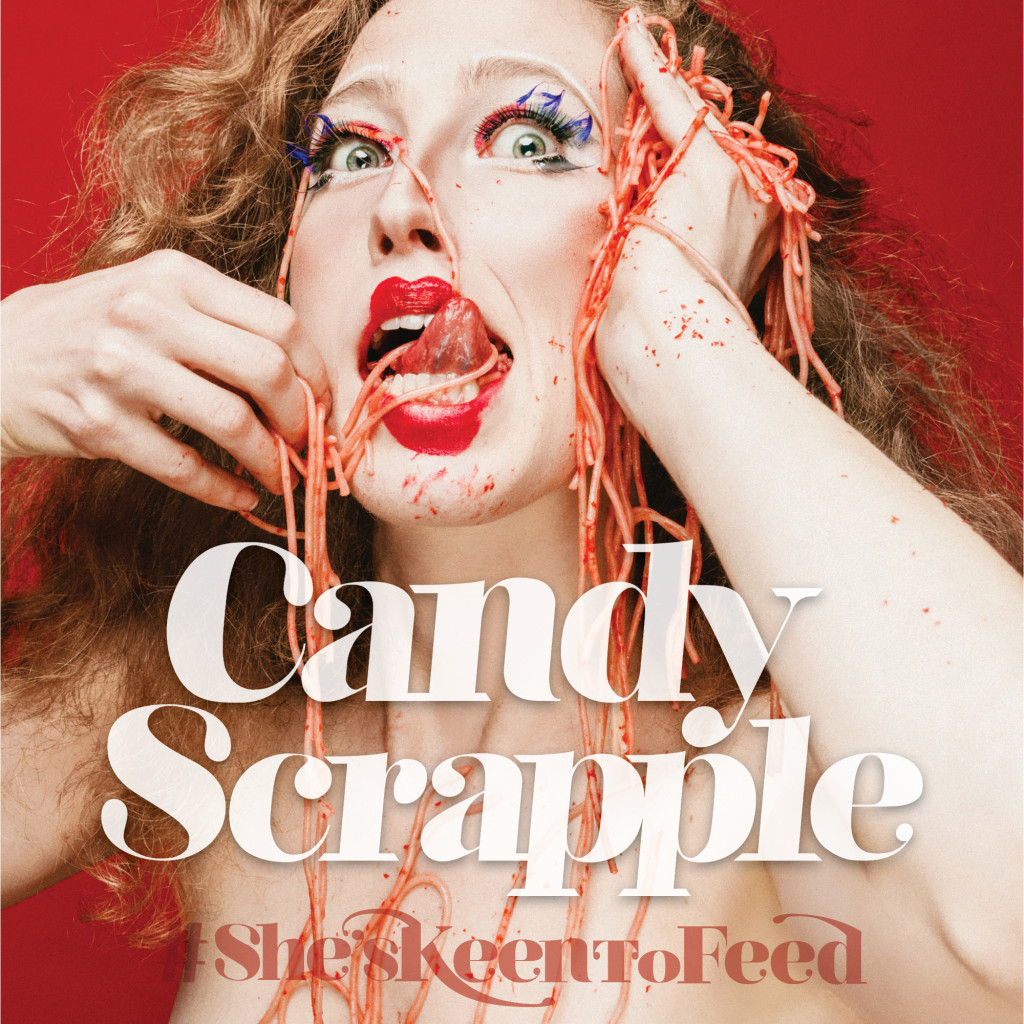 Name: Alice Yorke
Character Name: Candy Scrapple
Favorite Song Ever: “Wild Billy’s Circus Story” by Bruce Springsteen
Why?: A few years ago, sure that not having “favorites” was a sign of not standing for anything at all, I made a list of categories and chose favorites for each of them as though I was electing my own personal state flower. Food: pineapple; color: orange; bird: mourning dove. Instead of agonizing over these choices, I went with the mantra “first thought best thought”. And so there was “Wild Billy’s Circus Story”. This song, for me, is always the first time I heard it, driving around with my dad and my siblings for four extra minutes just to get to that final exhalation. It’s desiring beyond reason to run away and be a performer, it’s being desperately uncool in high school, it’s nostalgia and whatever the future version of nostalgia is. I love the steady sousaphone beat, the incredible depth of characters we meet for but a moment, the intense longing for elsewhere, the vivid beauty and squalor. When I need to be comforted, transported, or to dance around like a monkey on barbed wire, this is the tune.
Favorite SHE’S KEEN TO FEED Song: OH GOD I AM NOT PREPARED FOR THIS DECISION. Okay. First thought best thought: I am having a real moment with “Smooth Me Down” right now. I love hearing both the power and desperation in all three ladies’ voices. How they stand tall and proud but also exposed and vulnerable. It’s also the first song that I remember seeing total strangers sing along to at a show. Young women we didn’t know with tears in their eyes mouthing the words and reaching for the stage. That was really powerful.