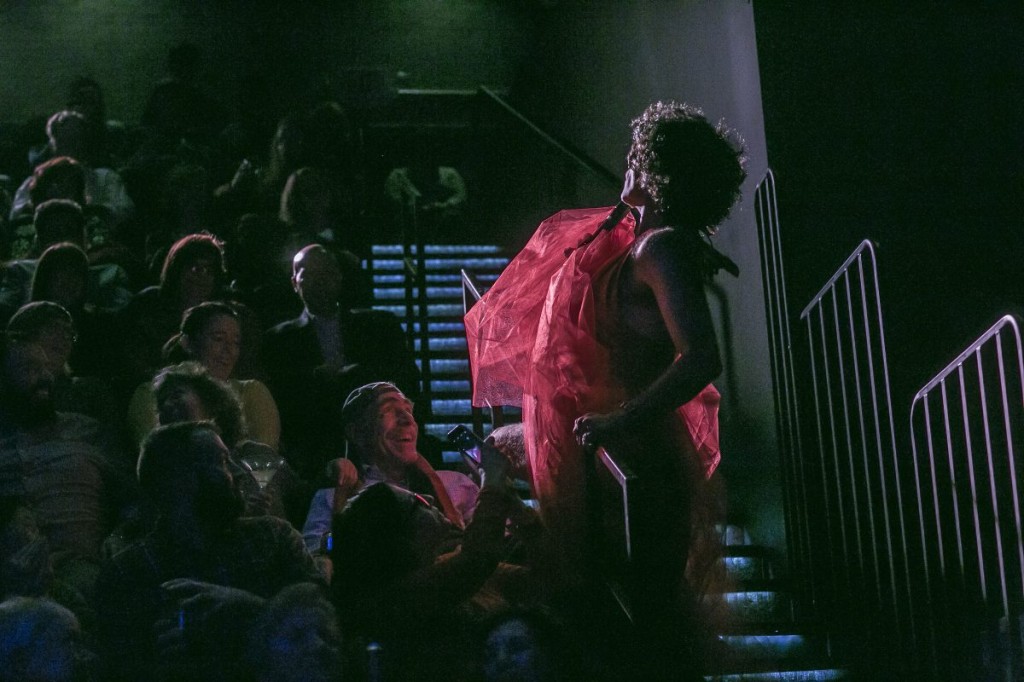 Martha Graham Cracker brought the Fringe Festival to a close last Saturday with a marvelous set of compositions backed by musicians Victor Fiorillo (Keyboard), Andrew Nelson (Bass), Ned Sonstein (Drums), Rich Hill (Guitar), and Ernest Stuart (Trombone). Perhaps what made the night extra special were the vocal backups of the Philadelphia Voices of Pride conducted by artistic director Daniel Schwartz.  They made each song sound absolutely epic, particularly “Wrecking Ball”—an unexpected, but fantastic re-interpretation of a pop single turned gospel. Martha’s voice has a rock star quality; able to belt out songs and high notes with fierceness you wont get from any other Philly queens. Two of the most notable songs were “Wig In a Box” and “You Can’t Always Get What You Want”, which also sounded amazing with the choir.

If you’ve never been to a Martha Graham Cracker show, you need re-define your notions of drag. First glance, there’s little female illusion—minimal contour, no padding, and an extremely hairy body. However it’s her body language, voice, flirtation and the magic of theatrics that leads the audience to buy into the illusion. She leads them into participation, like having them escort her down stairs, removing their shirts, re-attach her dress’ straps, and receive glares as they try to purchase drinks from the mini bar. She is truly a hurricane of talent, and Philadelphia looks forward to seeing her on the 16th of October for her next show.