Italian director Romeo Castellucci re-envisions his groundbreaking 1997 production Giulio Cesare (Julius Caesar) as a series of “fragments” rearranged and positioned against each other—a clash between the ethereal and the obscure, the power of rhetoric and language stripped to its source. Read the Phindie review here. [The Navy Yard, Building 694, 1701 Langley Avenue] September 22-24, 2016. fringearts.com/julius-caesar-spared-parts/. 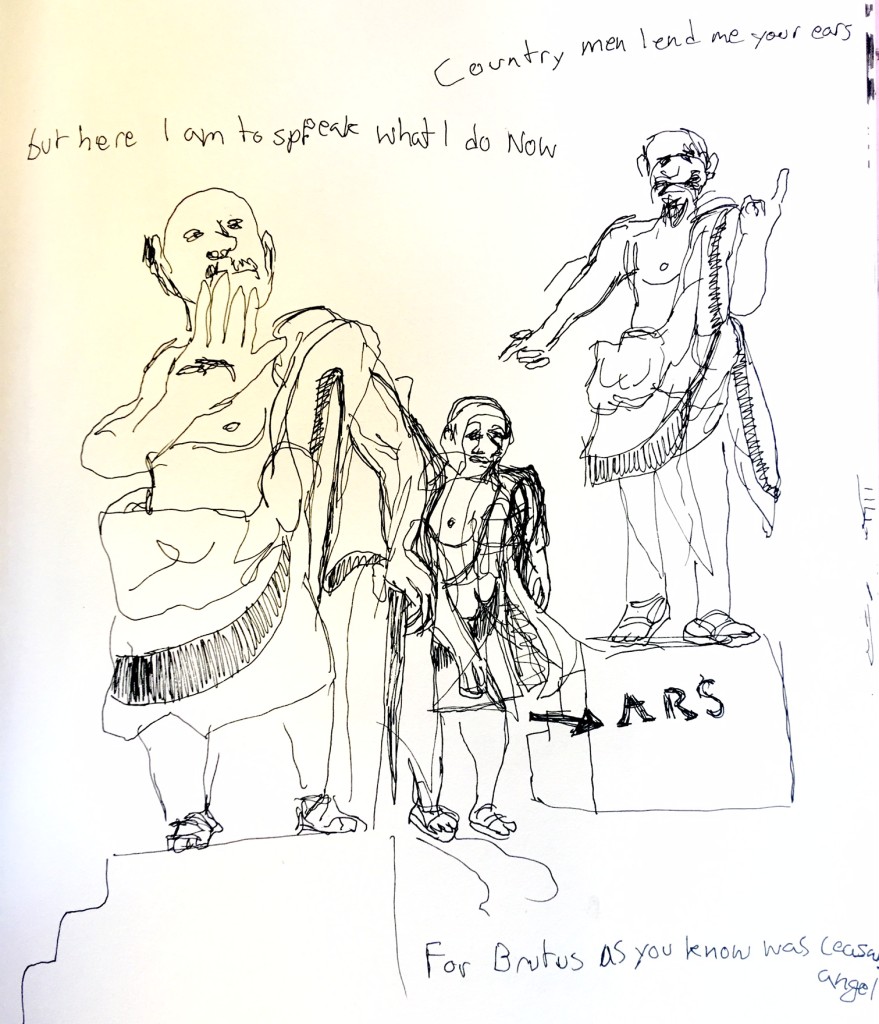 A Julius Caesar who “speaks” only through gestures—an old Caesar, no longer possessing power, his gestures move the air and produce a sound. 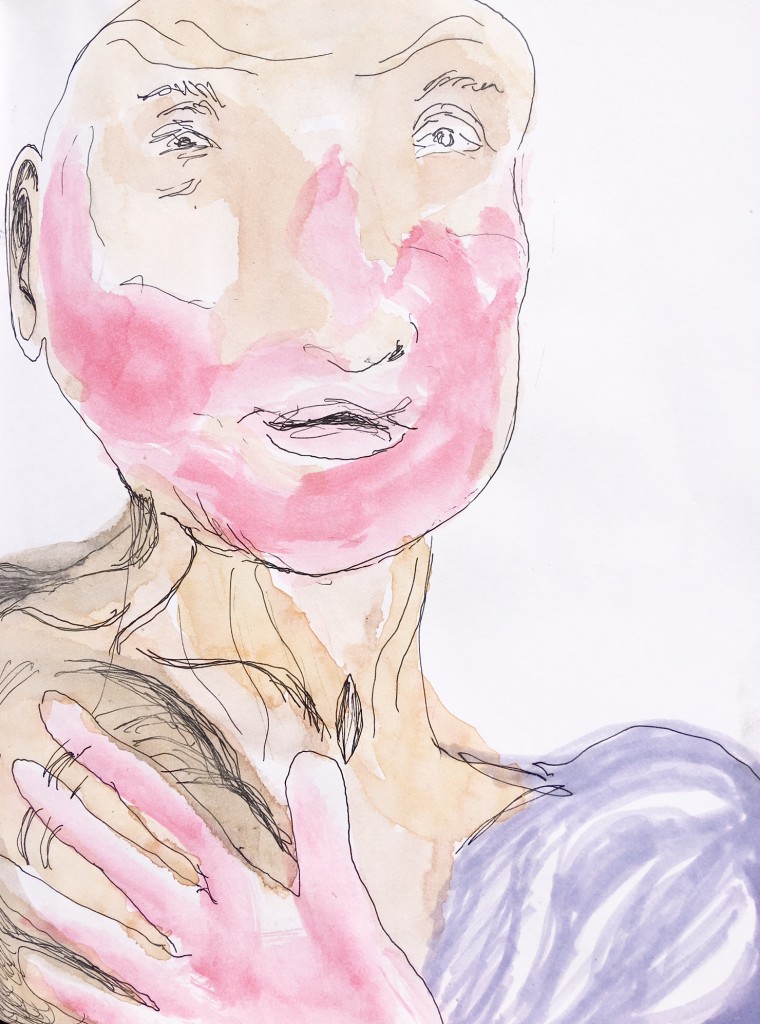 Mark Anthony’s funeral oration delivered by a man without vocal chords, whose voice is produced solely from his stomach and esophagus. 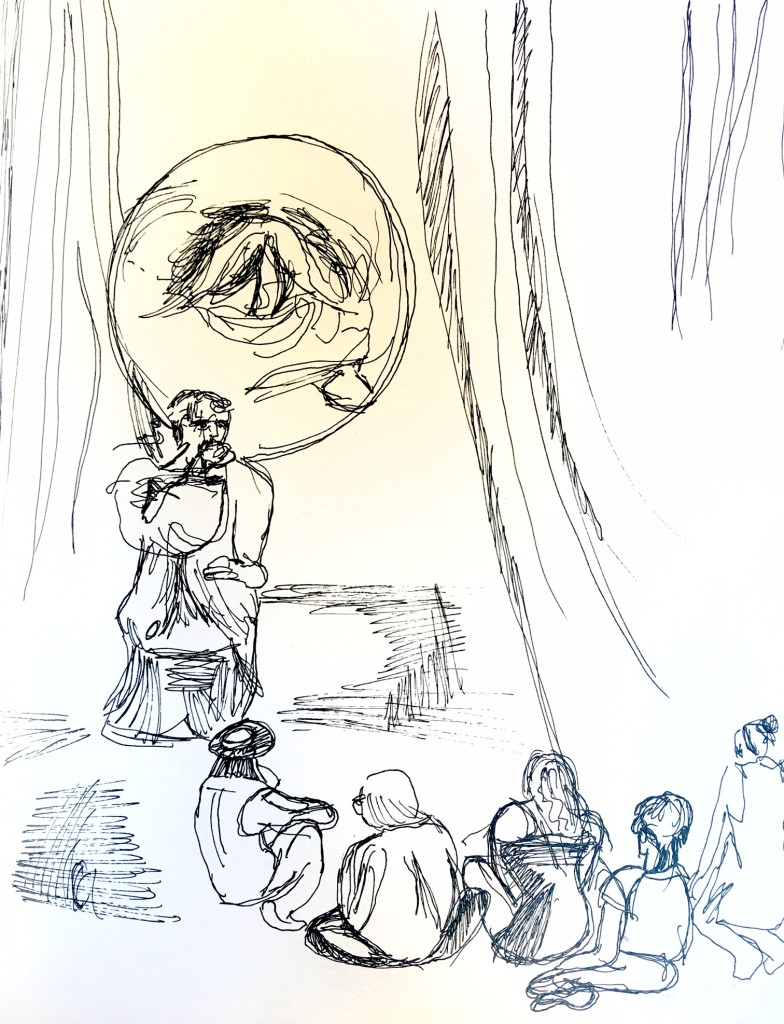 A third actor delivers a dialogue on the state of Rome, an endoscope inserted through his nostrils so the audience can see his vocal chords vibrating in real time. 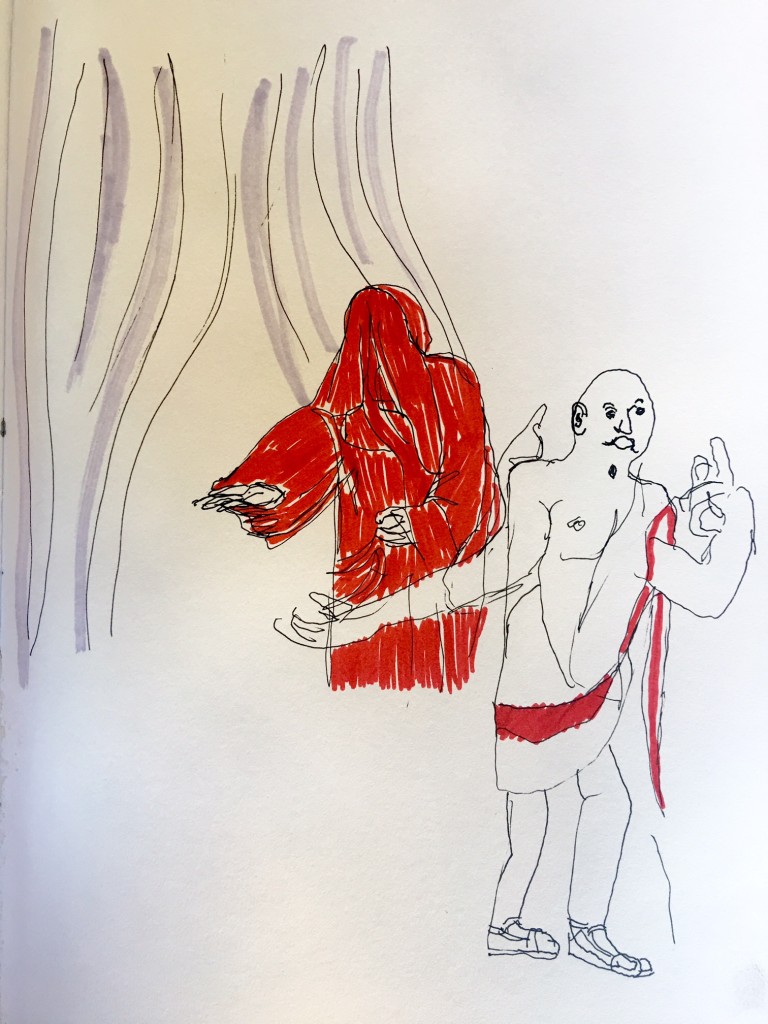 In life, in theater, what do words hide, where does their power emerge from? 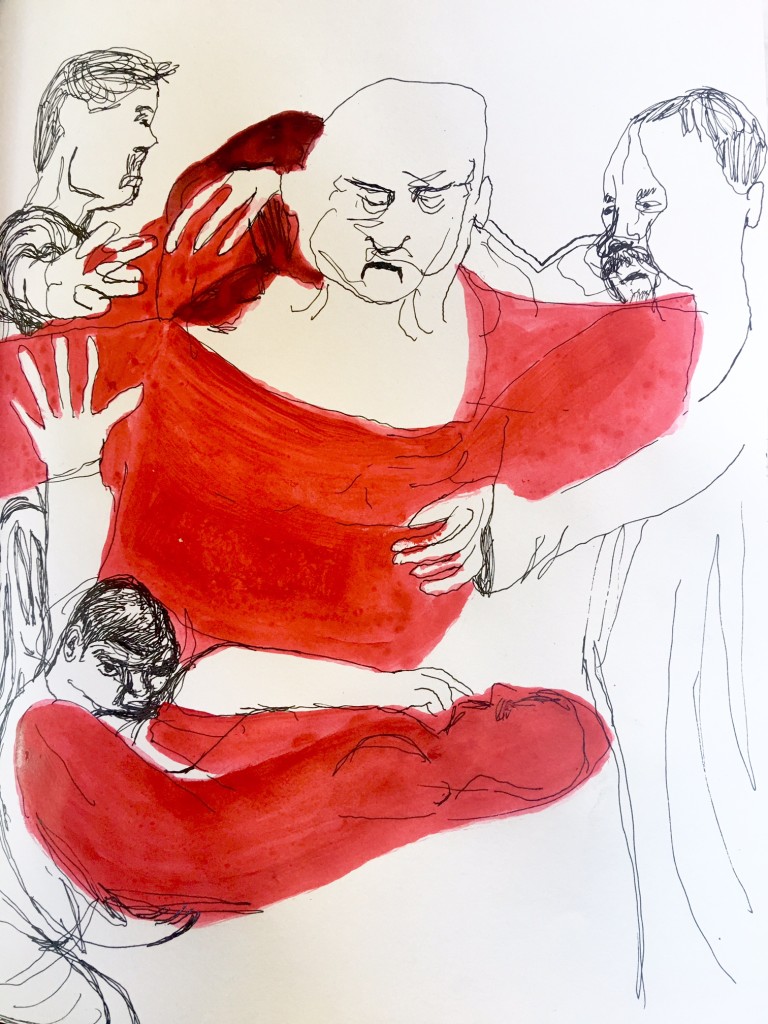 Concept and direction by Romeo Castellucci, creator of previous Fringe shows The Four Seasons Restaurant and On the Concept of the Face, Regarding the Son of God. 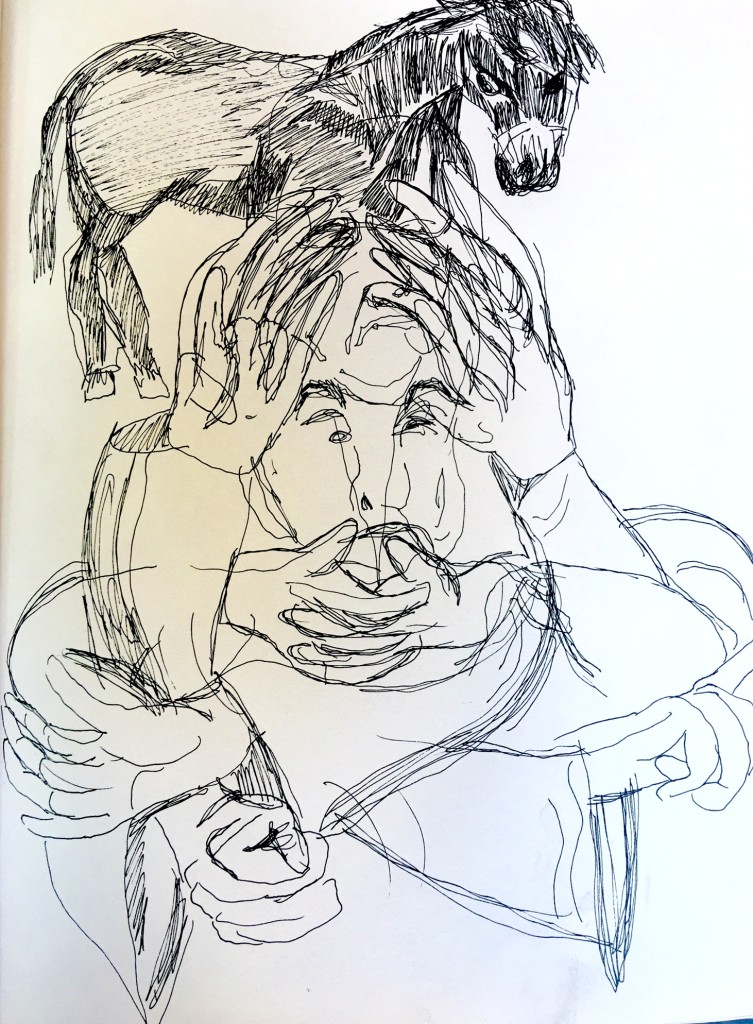 One Reply to “Fringe in Sketch: JULIUS CAESAR. SPARED PARTS”