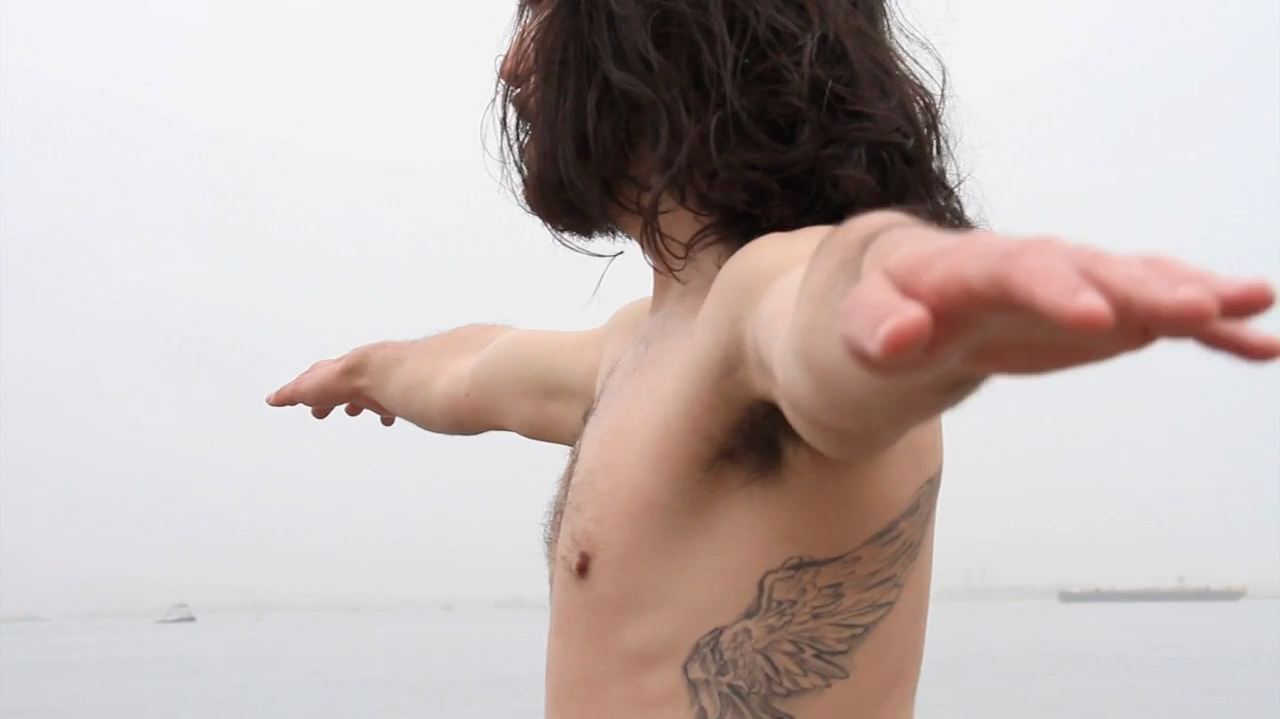 WALK TO TOPAZ is an autobiographical solo dance work that dancer and artist Brendon Tetsuo initially started as part of Zaritt’s Solo Studies Project at the University of the Arts in 2015. The theme is his family history in the Japanese Internment Camp in Topaz, Utah, and how those experiences have affected succeeding generations.

This information was gathered from the program; in the 30-minute dance performance it is not precisely clear what effects and imprints the succeeding generations carry. Each of the three solo pieces brings to life a variety of colors and characters, but many common modern dance movements are used repeatedly and in the same tone, which makes the intentions and ideas that Tetsuo intends to express vague. Nevertheless, some of the experiments, such as introducing the movement of Soran-bushi (Japanese fisherman’s work dance), or standing on tiptoe (perhaps to show the unsteadiness and vulnerability of identity), are intriguing and add attractiveness to an appealing short program.