Excerpted by kind permission from thINKingDANCE 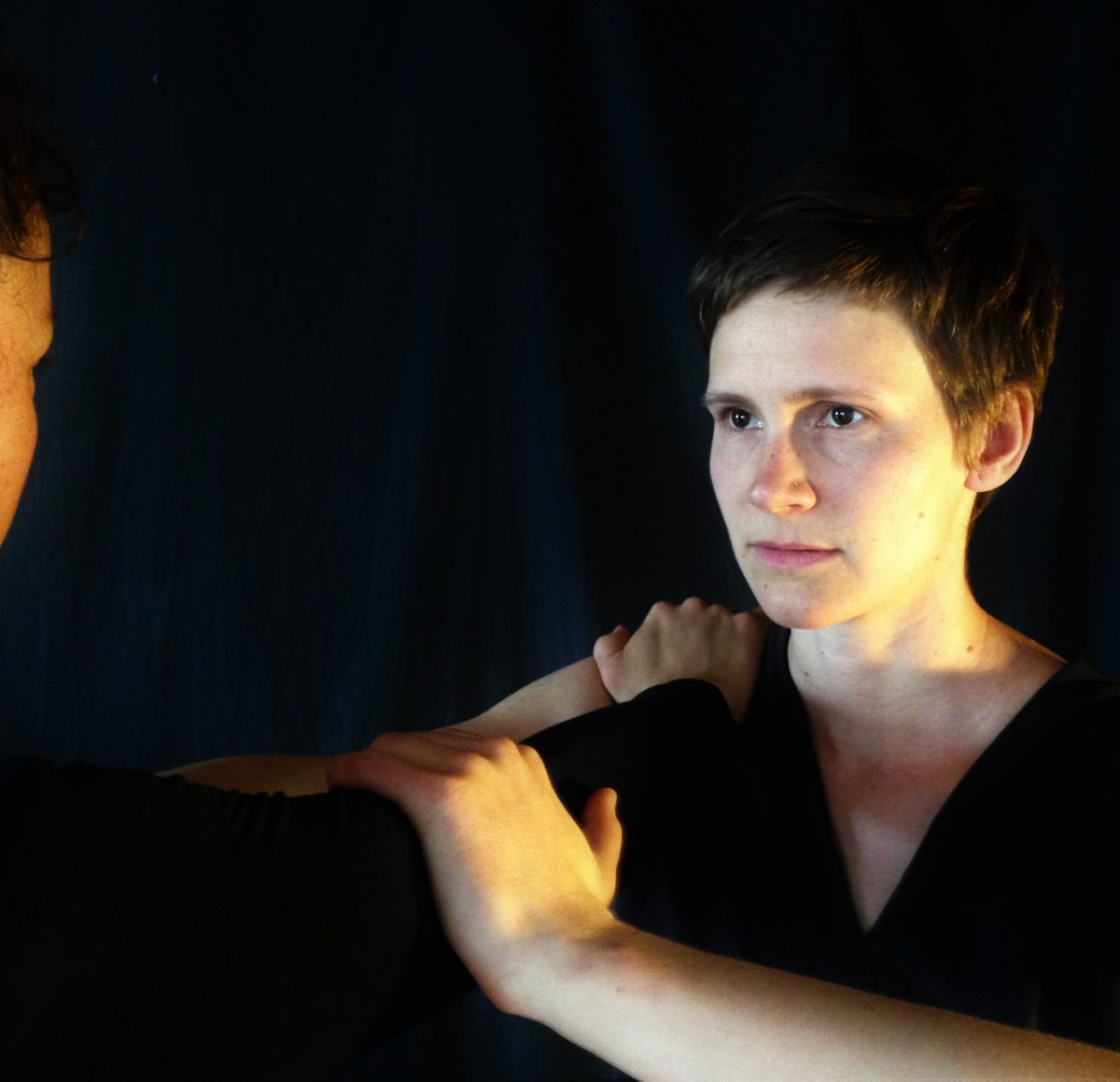 In the initial darkness, which remained throughout most of The Naked Stark’s THE ONE, THE OTHER ONE, & THE MANY, lights attached to boots clicked on. Three pairs of dark boots stomped among seven other pairs of feet wearing only socks. The rigid and guarded contrasted with the soft and exposed; power with vulnerability. One group, well equipped for rough terrain, marched in circles with force and dominance.

The socked dancers poured in and out of a door on one side of the stage, sliding through and past each other like a spouting water fountain. The booted villains watched among the audience, which was sectioned into the four corners of the stage. The set-up made it easy to oversee the action from every angle. Soon the propelling, socked dancers were herded like cattle behind closed doors. Individuals began confronting one another in primal, circular patterns… THE ONE, THE OTHER ONE, & THE MANY reflected an everlasting struggle, a universal dynamic to shift parochial perspectives through time and evolving relationships. The many create a norm, blindly abiding in fear. One stands up and challenges authority. Another follows. A fight for change has begun. Read the full review at thINKingDANCE.net >>>

The Naked StarkThe One The Other One & The Many