Third in Aeschylus’ classic Oresteia trilogy, THE EUMENIDES was performed amid extraordinary ancient artifacts in the Penn Museum. [University of Pennsylvania Museum of Archaeology and Anthropology, 3260 South Street] September 10, 2016; fringearts.com/the-eumenides. 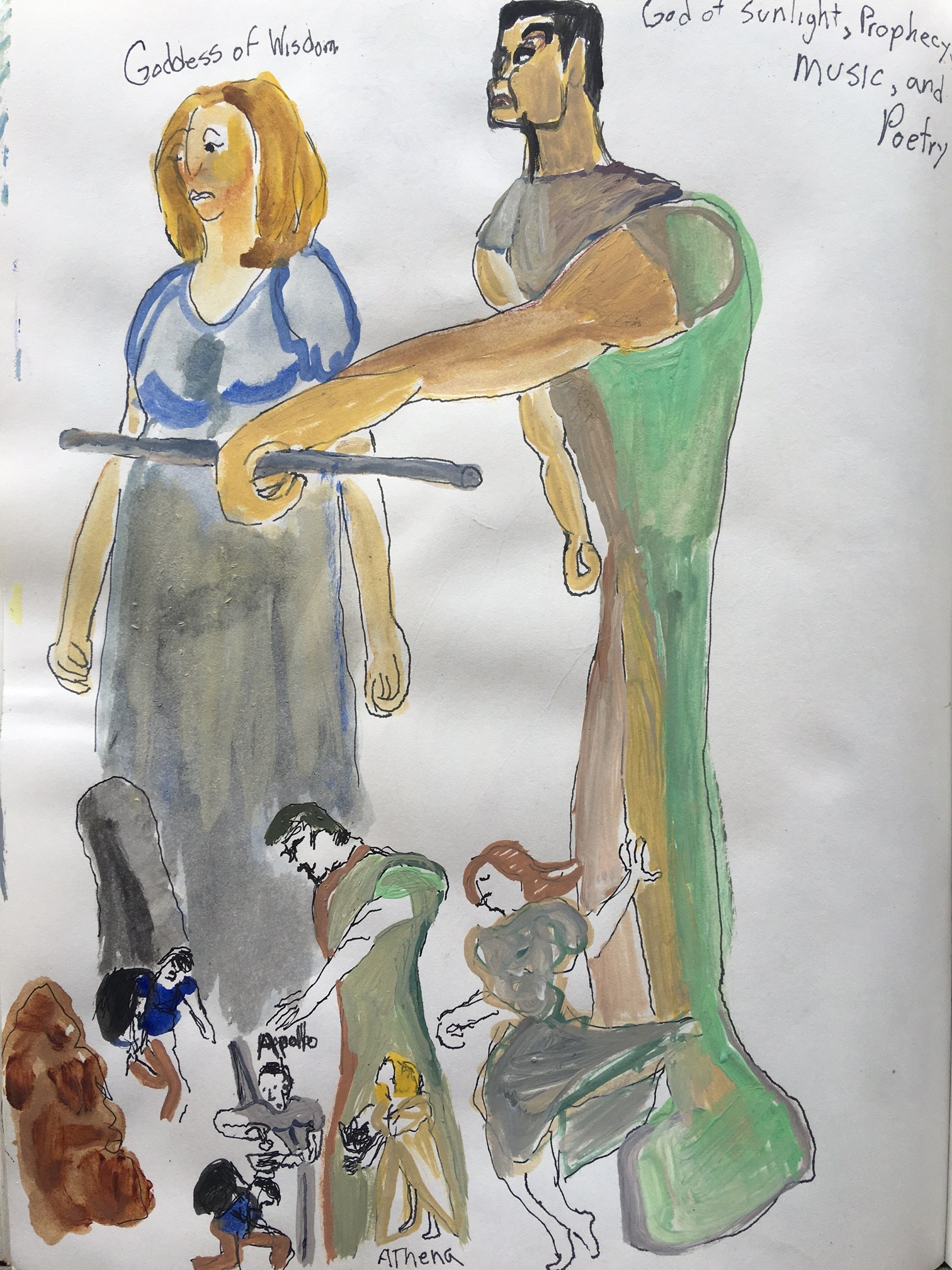 A story about mother-murder, the foundations of our juried justice system, and shifts in world order—this is gorgeous and elegant, a substantial work. 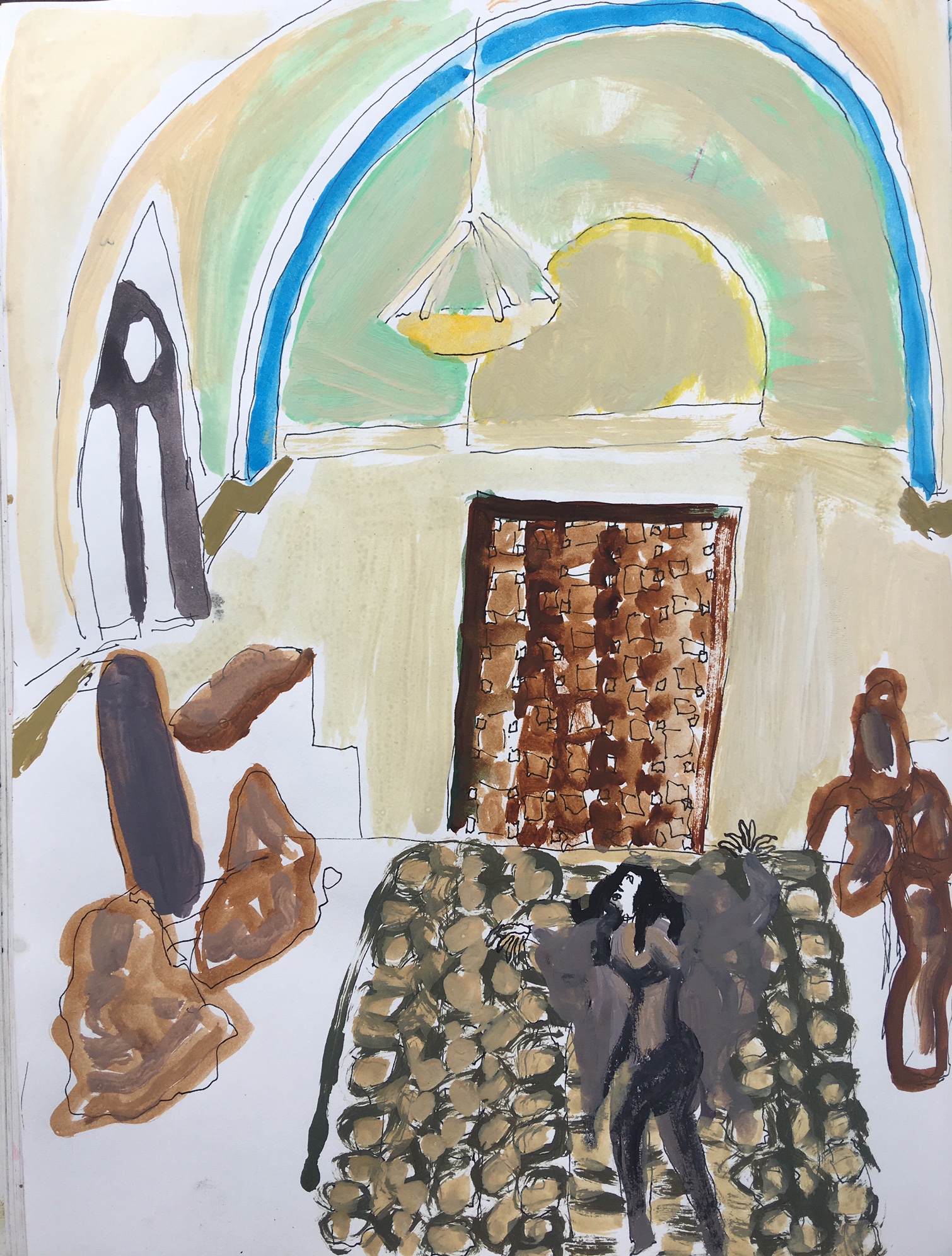 Written more than 2,500 years ago. The tale is not for the faint of heart. In response to the pleadings of his sister Electra and at the command of the god Apollo, Orestes has murdered his mother, Clytemnestra, who was wife and murderer of his father Agamemnon. As a consequence, Orestes finds himself tormented by the Furies, hideous, ancient goddesses of the Underworld divinely charged with punishing murders within families.

The Eumenides Project Fringe 2016 is born out of a collaboration between Marcia Ferguson of the University of Pennsylvania Theatre Arts Program, and the 2016 artistic resident company there, White Box Theatre. 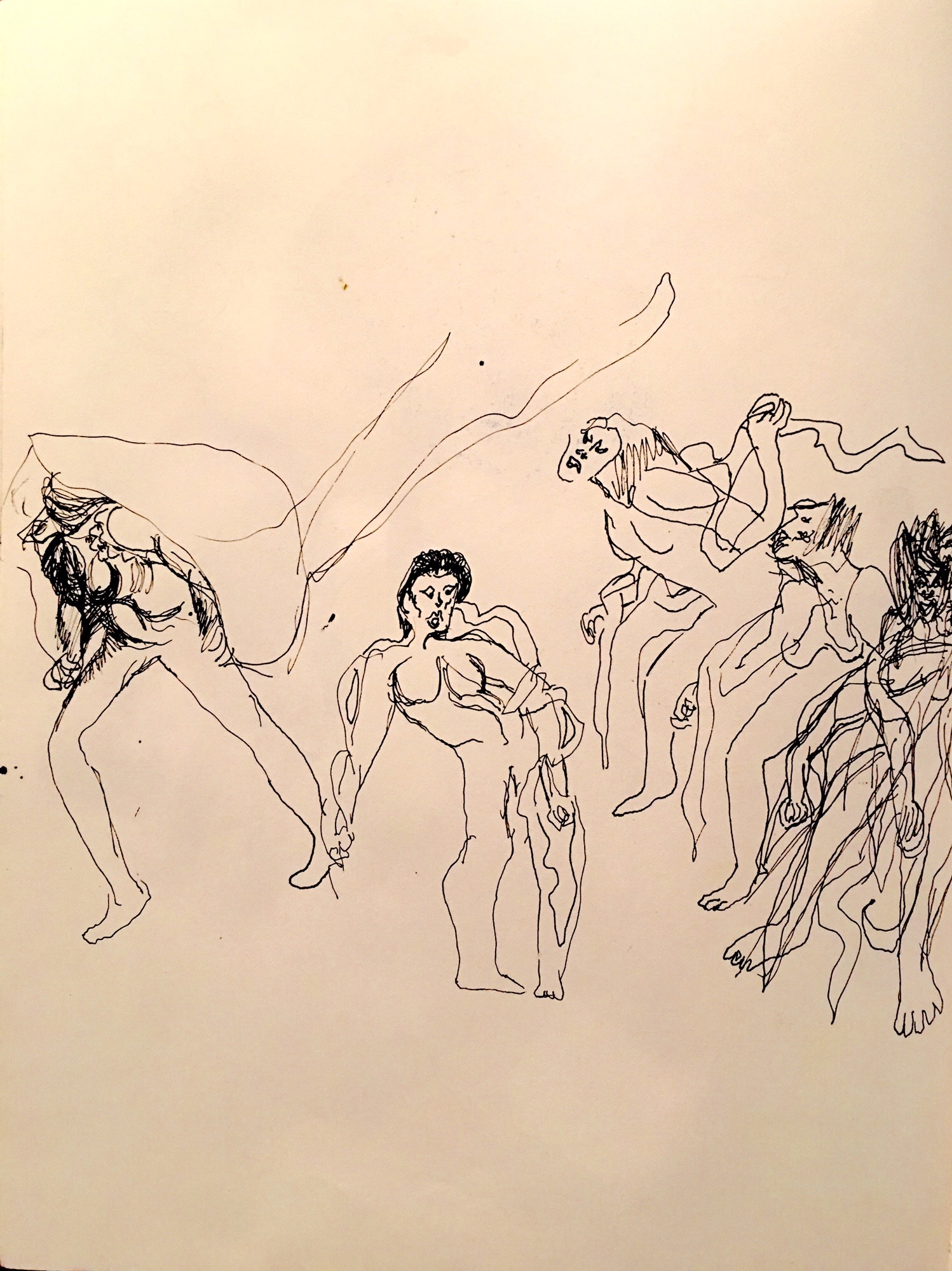 Marcia Ferguson and White Box Theatre interpret THE EUMENIDES through the lens of the most pressing contemporary questions: How do we end cycles of revenge? Do gender and emotion have a role in determining justice? New world orders and the first trial by jury unfold in this site-specific performance. 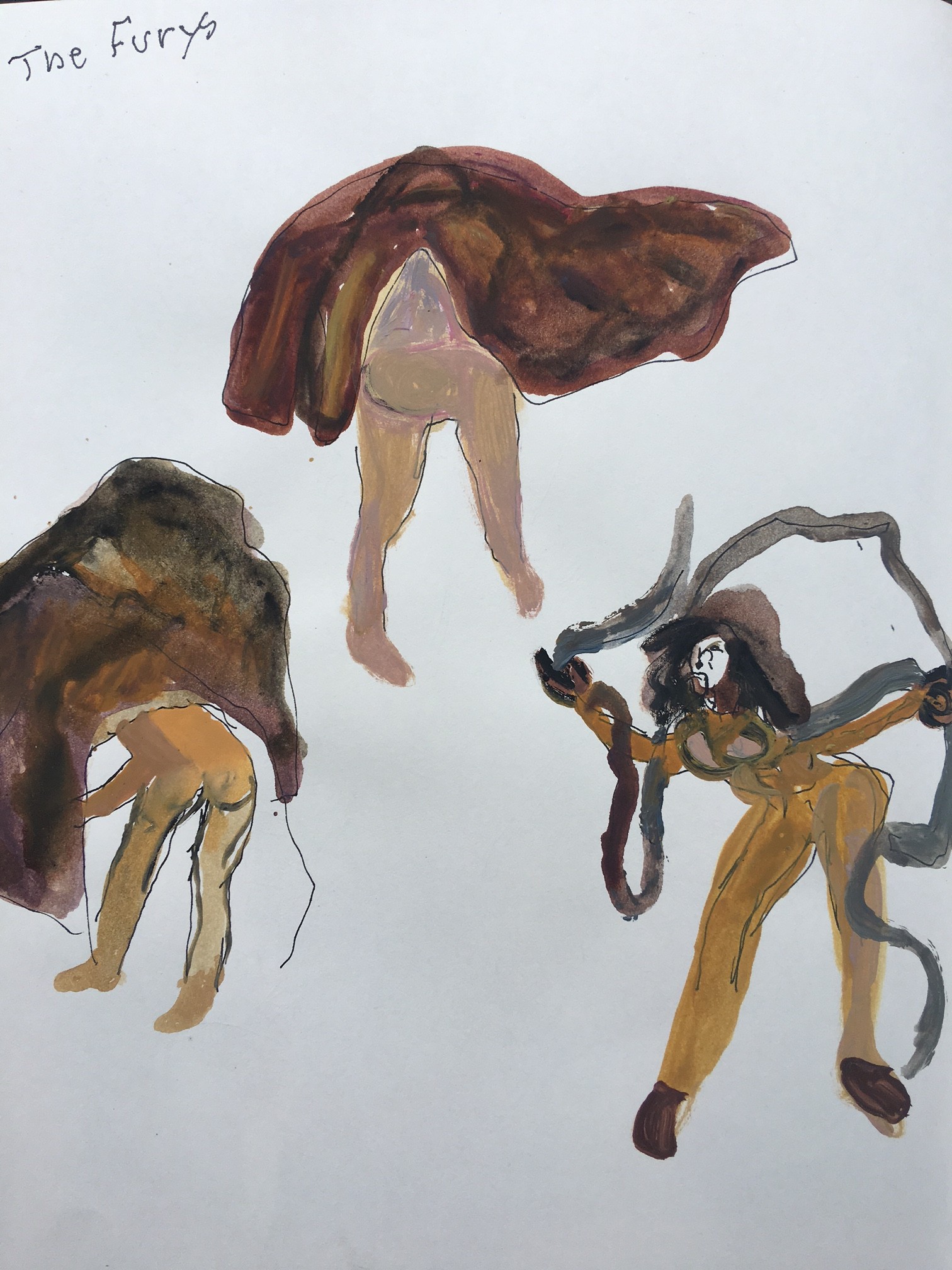 The Penn Museum (the University of Pennsylvania Museum of Archaeology and Anthropology) is dedicated to the study and understanding of human history and diversity. Founded in 1887, the Museum has sent more than 300 archaeological and anthropological expeditions to all the inhabited continents of the world. With an active exhibition schedule and educational programming for children and adults, the Museum offers the public an opportunity to share in the ongoing discovery of humankind’s collective heritage. 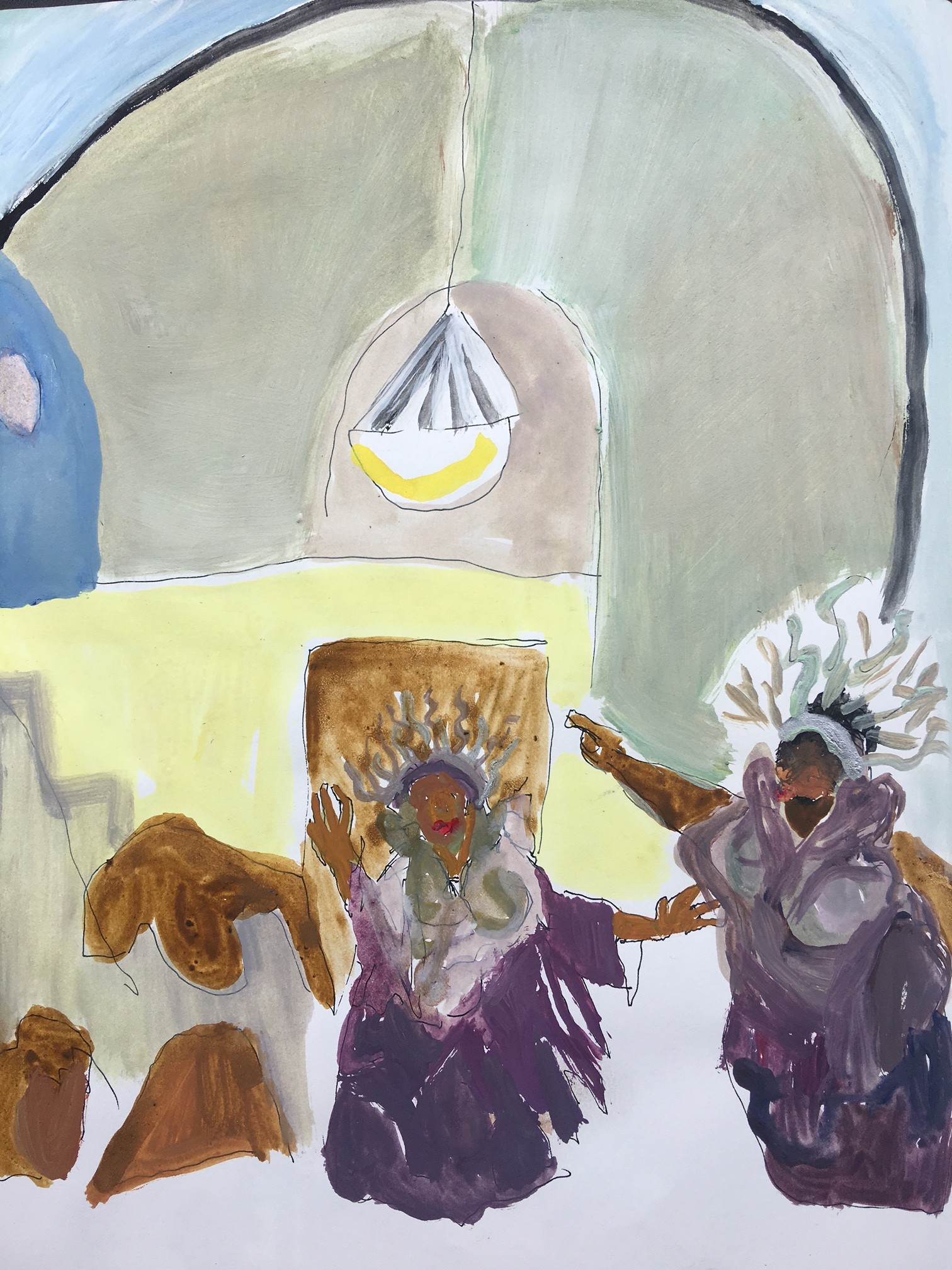