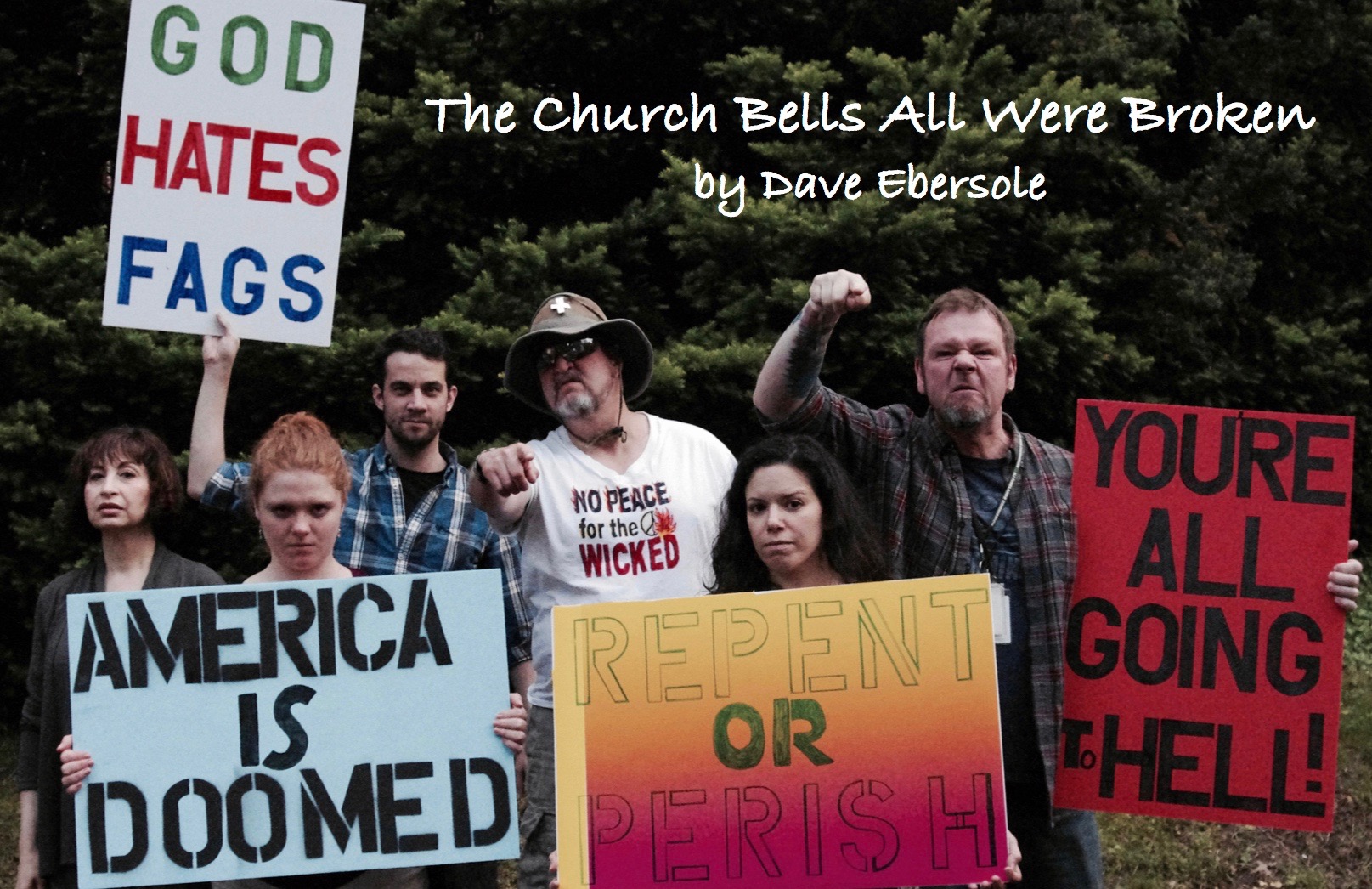 “God hates fags!”, “God hates you!”, “God hates porcupines!”, brother and sister, Jeff and Melissa, shout at a West Topeka Church rally.  Jeff (Tony McNichol) isn’t so sure about the last one. Melissa (Pierlisa Chiodo Steo) is.  She’s had nine children and is raising them to fight in God’s army. Jeff is in his forties and still unmarried. Hmmm…The play examines their past together and moves toward their future apart.  Scenes are separated by parodies of pop tunes. The lyrics, by the actual Westboro Baptist Church, turn songs of love into songs of hate. “And God Will Always Hate You” instead of the Whitney Houston classic. “Crazy Train”, “I Will Survive”, and even the song from Frozen get the Westboro treatment.

As hilarious as these are, their side is not merely ridiculed. Melissa is a lawyer and questions the government’s Free Speech Zones: “What is everywhere else?” Melissa and Jeff live under the constant judgement of the their abusive father, Pastor Frank (Jim Fryer). Steo plays Melissa as angry mom and wide-eyed teen with humor and sympathy. Brian Weiser expertly switches supporting characters throughout (his only misstep: playing Jeff’s boyfriend as a queeny stereotype). McNichol as Jeff is realistically kind and conflicted.  He and Melissa have an epic bible battle near the end, spitting contradictory verses at each other. Dave Ebersole’s script is balanced and thoughtful, and it’s cathartic to hear the argument yelled back at the haters who so recently visited Philadelphia: “God is love!”