Drowning Ophelia was a story telling which used an imaginary character to emphasis an abusive childhood. Also by referring to fairy tale characters there were some unusual scenes, for example, this knight in shining armor. The nemesis of her abusive childhood and the attempt to create new relationships with men was the tragedy that occurs during the romantic tv-dinner dates. 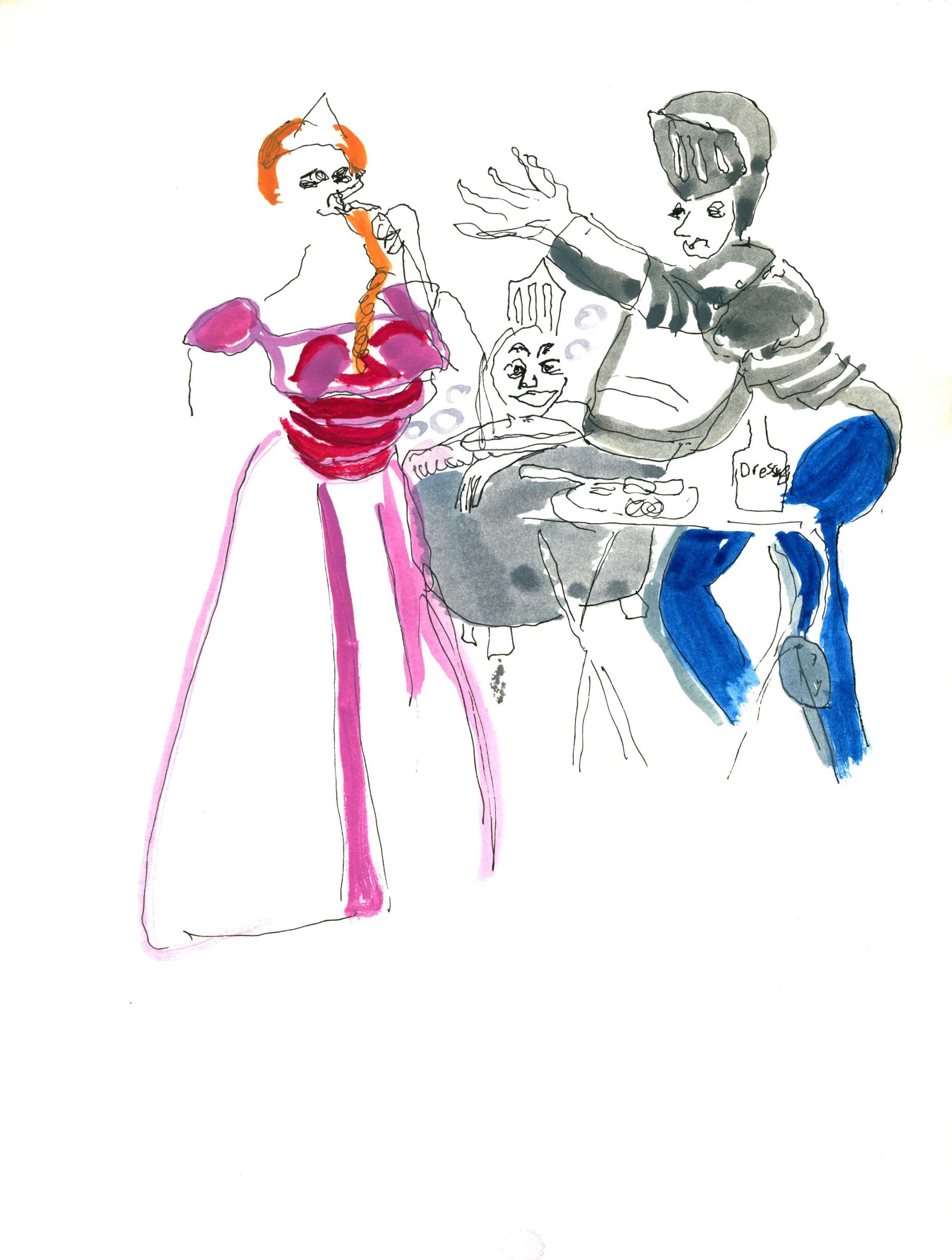 I was especially drawn to the costumes, the charming quality in the men from different time periods, and the seemingly girl into woman hood plot. 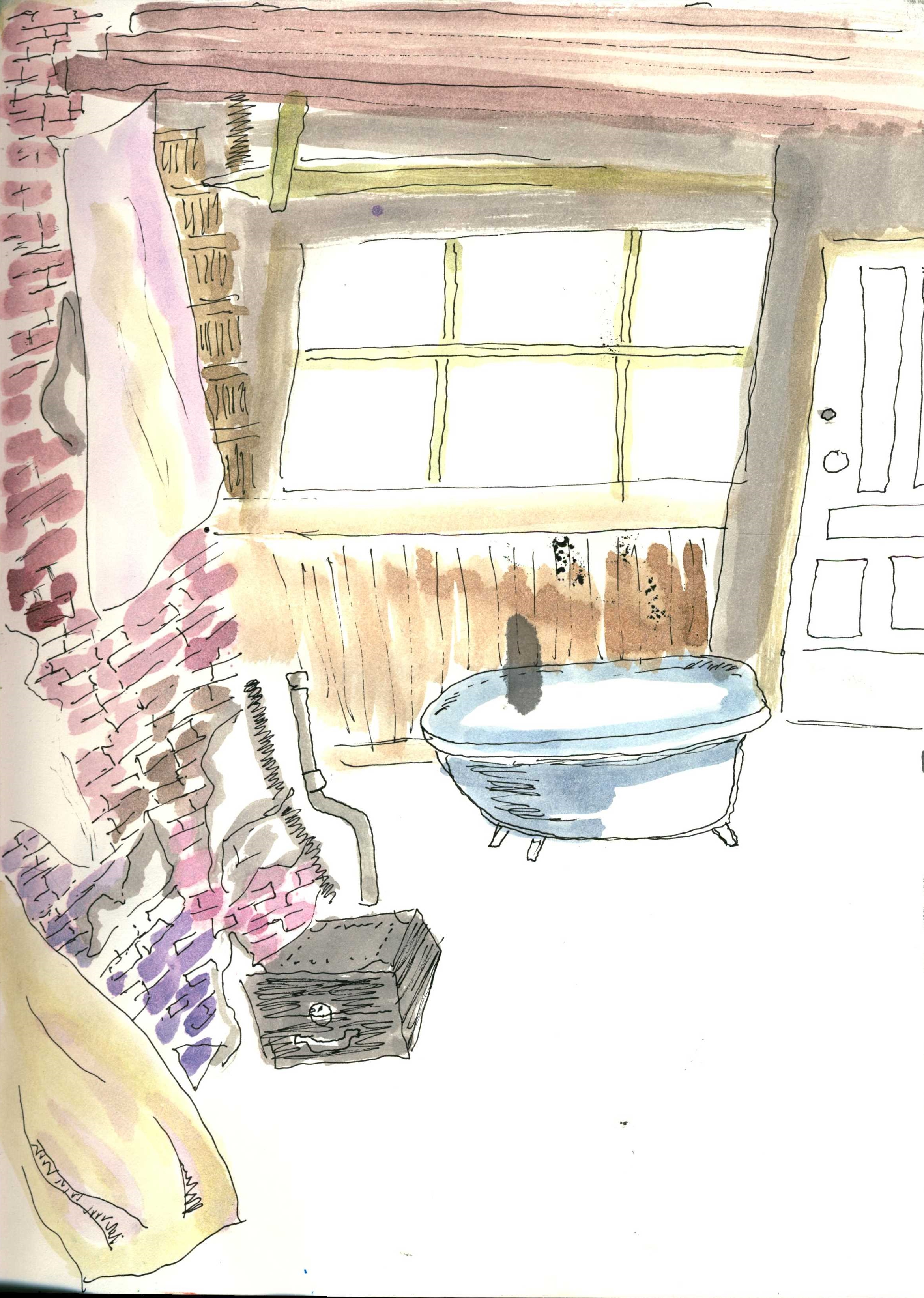 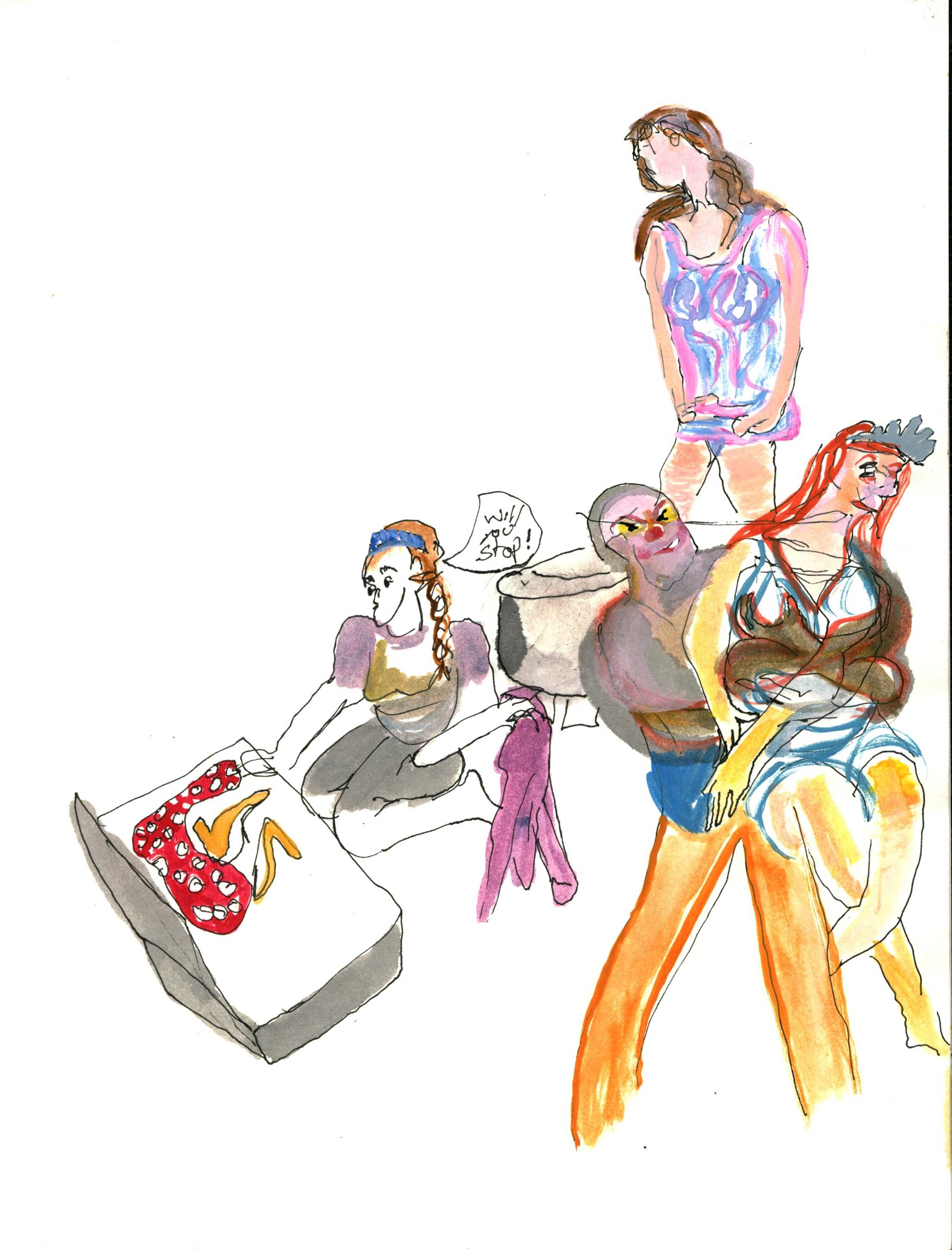 This illustration depicts the characters childhood. The girl in the bathtub in the background is an imaginary character and represents Jane as a child. Jane is picking out a dress to wear for a date with her boyfriend. The evil- clownish character is her brother. 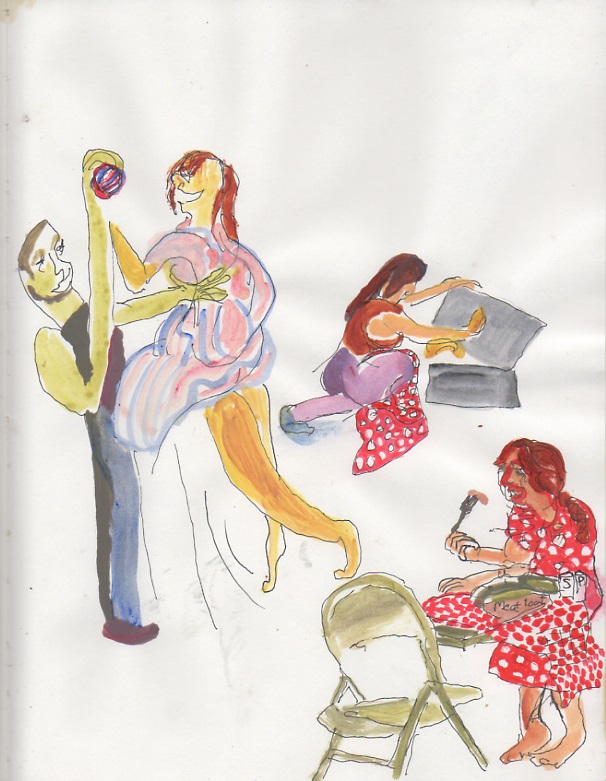 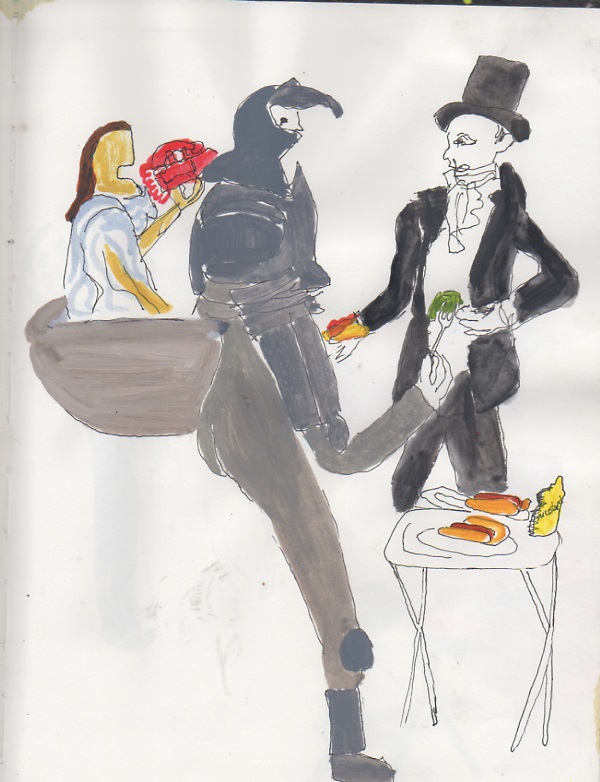 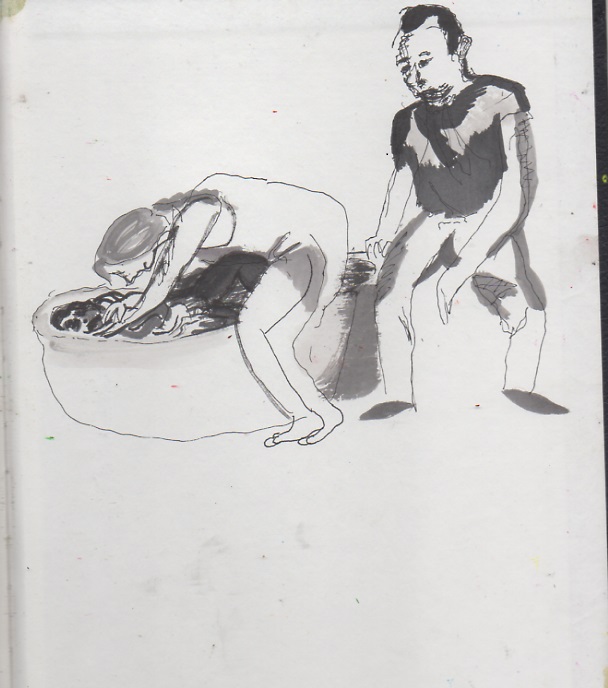