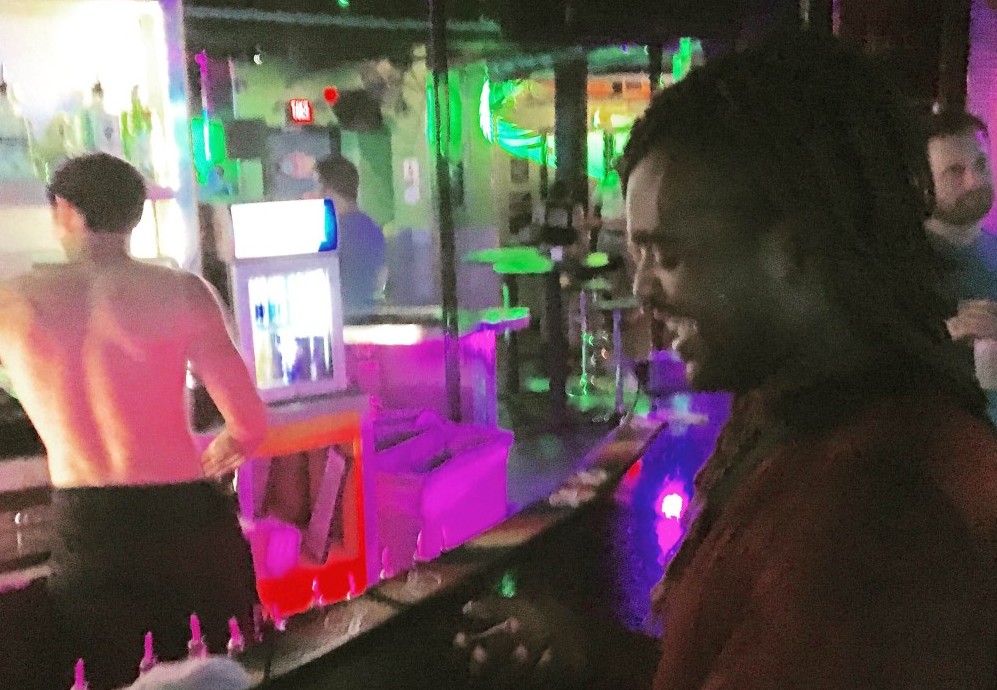 Riding on the success of last year’s Sometimes Callie and Jonas Die, Poison Apple Initiative delivers AN OBVIOUSLY FOGGOT to this year’s festival. Bastion Carboni, who directed and wrote the play, tackles social constructs within the LGBT community with ferocity, wit, and dance. While poignant and hilarious, AN OBVIOUSLY FOGGOT pushes a strong, angry message. Carboni wants his target audience—gays, trans people, and allies—to confront some ugly truths about how LGBT people relate to one another. In gay bars and other “safe spaces,” LGBT people still aren’t safe. In this evening of pop music and colorful drinks, Carboni smashes the patriarchy and it’s so fun to watch.

The performance draws from life experience and “found text” to skewer double-standards and toxic masculinity within the LGBT community. It’s not afraid to cut right to the core, either. We see a “dumb show” to Lady Gaga’s “Boys Boys Boys” of Dahmer killing his last victim while the police stand idly by. Omar Mateen—“pull out your phones and Google me!” he urges us—reminds the gay community to pull together, but it quickly forgets about unity. The multi-talented cast delivers a fast-paced performance with infectious intensity. Sometimes brutal, but always on point, AN OBVIOUSLY FOGGOT is the explosive, vibrant queer play we’ve been waiting for in this year’s festival. [iCandy, 254 S. 12th Street] September 14-18, 2016, fringearts.com/an-obviously-foggot.