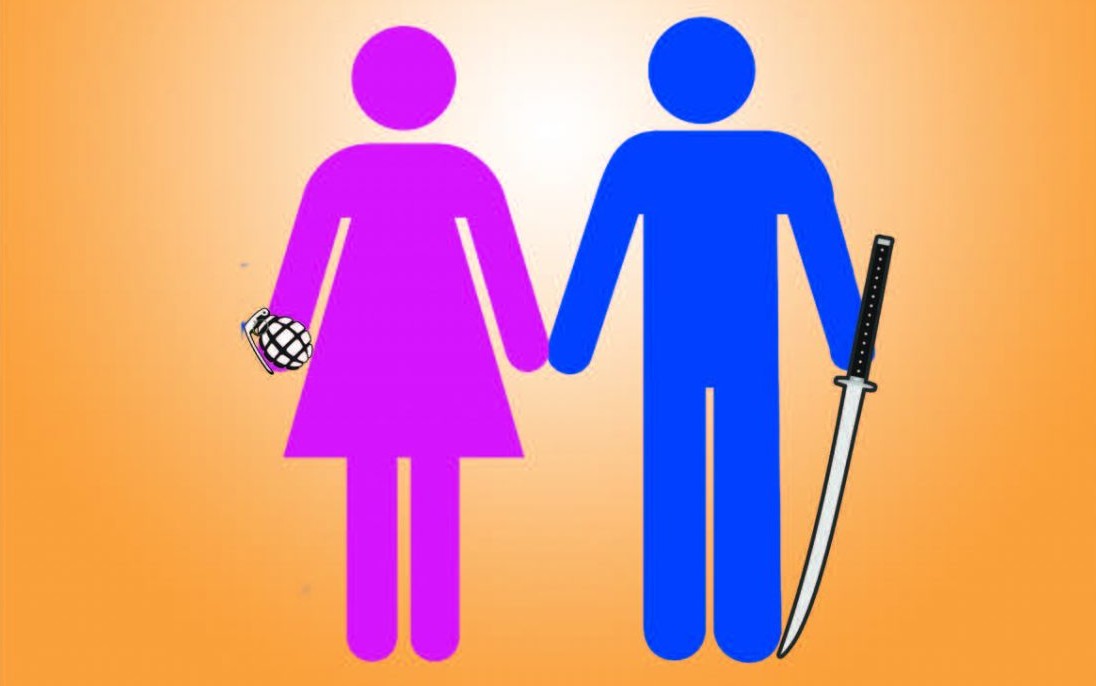 Margo Jones Syndicate finds the collective fun through alcohol in their crowd-pleasing production SHAKESPEARE AT THE BAR: THE TAMING OF THE SHREW. The Bard, no longer relegated to elite theatrical institutions, has found his way to a popular University City bar. On the patio of City Tap House, director Tommy Riordan spins the classic comedy into a drinking game and interactive performance event. In summary, for those who are not as familiar with TAMING OF THE SHREW as others, the play focuses on rich young man, Petruchio (Phil Czykner), and his efforts to woo the strong-willed, impolite maiden Kate (Marcie Bramucci). His efforts to establish dominance vary from irreverent decorum on their wedding day to calling Kate’s sanity into question through absurd mind-games. Meanwhile, rival tutors Lucencio (Matt Cavendar) and Hortensio (Michael Jarves) compete over Kate’s sister, Bianca (Michelle Johnson). As they say, hilarity ensures.

With the difficulty of a Shakespearean text and such a short rehearsal process, line-calling is inevitable. Therefore, when an actor calls for line, the audience must drink. Imbibing is also compulsory for puns on Kate’s name, sex in general, the word “tail,” and when sirens from the street cut over the actors. The debauchery of the characters and audience, and the scaled-down performance style of the piece, culminate in an enjoyable evening. Cavendar, Bramucci, and Czykner stand out amongst the ensemble in their roles. Although TAMING OF THE SHREW lasted but one night, Riordan hopes to bring more Shakespeare to City Tap House in the near future.