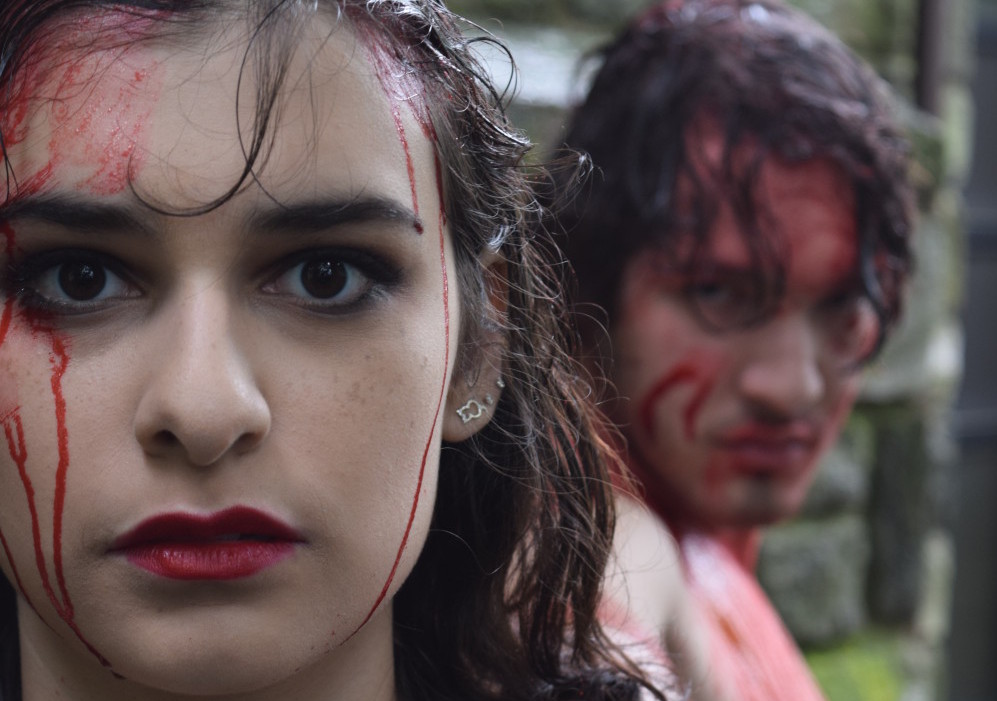 Edgar Allen Poe’s macabre imagination manifests itself through Forgotten Lore Theatre Company’s ASHES OF A DEAD PHILOSOPHY. This promenade theatre installment occupies a room in a Port Richmond warehouse. Director Robert Reutter imagines a landscape of the most twisted characters of Poe’s fiction, and blends them all into one space. Poe’s morbid literary universe is ripe material for a haunted house attraction style of performance. However, the audience does not roam free. Reutter employs guides to direct the audience on personalized tracks through the evening, while still ensuring each audience members can visit with each scene. Wordless mini-acts occur simultaneously throughout the many tiny rooms, which Reutter also designed. Madeline Usher rises from the grave. The raven cries, “Nevermore.” And “The Red Death [holds] illimitable dominion over all.”

Squeamish theatregoers must be warned: the close quarters and claustrophic atmosphere of the set can make some of the stage combat scenes seem all too dangerous and real. An ambitious endeavor, ASHES OF A DEAD PHILOSPHY seems to burst from its small confines, and at times audience members are too close for comfort. Perhaps, though, the ensemble and Reutter intend to have that effect. (The Loom, 2100 East Willard Street). September 9-24, 2016, http://fringearts.com/event/ashes-dead-philosophy-4/.