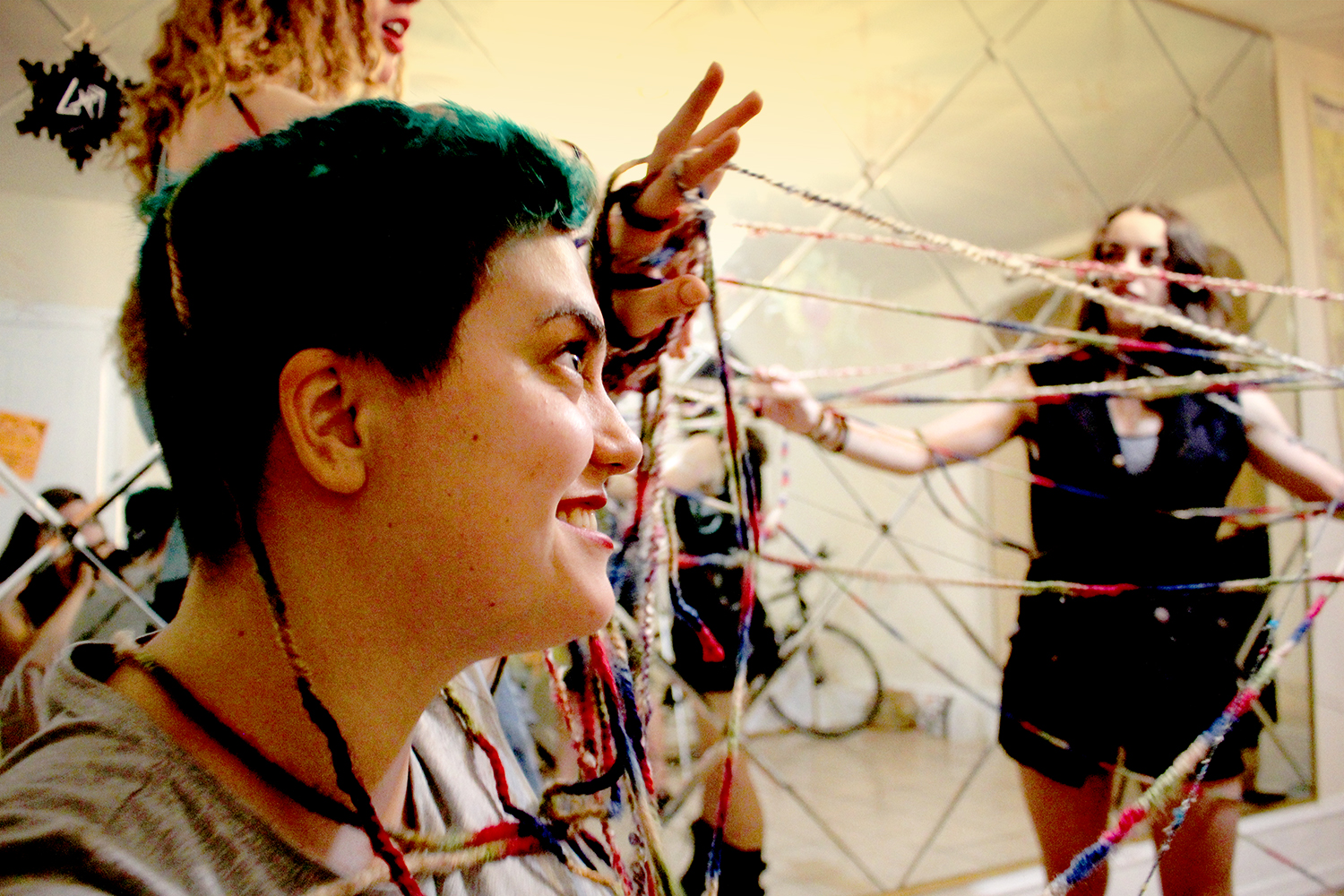 The world has somehow ended, but there’s a group of people who “love and connect” with each other through song. They miss things, like Domino’s pizza, but at least they have their ukuleles! Like a post-apocalyptic Godspell, this quirky collection of songs is light on plot but strong on melody.

The singers are all talented, and the simple harmonies—especially between the women—are beautiful and have the potential to weave an atmosphere of another place. The simple staging has some charming tricks, like blacklight tape and instruments lowered from the ceiling. Some intonation issues between the ukes, guitars, and violin threaten to break the spell, but the actors, especially Anna Michael, have the look of true believers. Christina Higgins brings pep to the show with her squirrely antics in “The Friendship Song” and, somehow, real sadness to the phrase “Does anyone have any leads on cheap couches?”  Collectively written by the cast (Anna Michael, lead artist; Christina Higgins; Jeremy Adam; Kathy La; Travis Braue-Fischbach), this play doesn’t seem to ask a question, but gives a heartfelt answer.

[The Swing at MacGuffin at the Adrienne, 2030 Sansom Street] September 9–16, 2016; fringearts.com/pangaea-folk-opera.