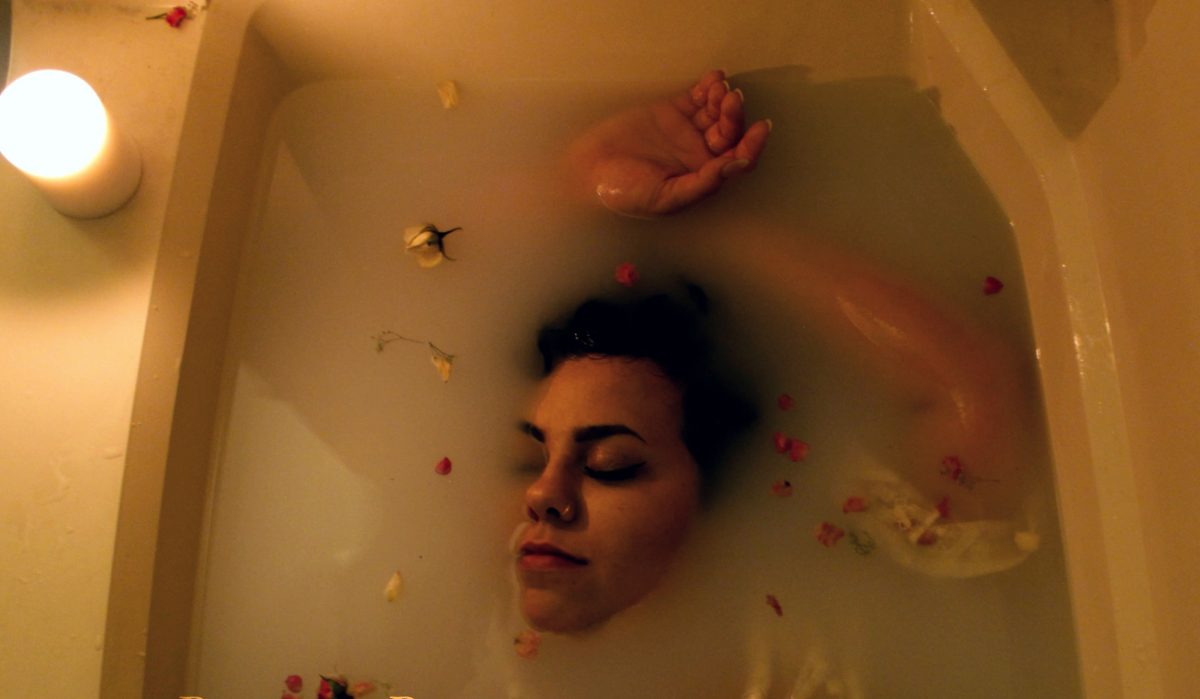 Directed by Torez Mosley, HER: THE FEMALE EXPERIENCE FROM BIRTH TO DEATH is an invitation to dwell inside the place that is unarguably woman, the womb. Billowing sheets of scarlet fabric move among the actresses representing first menstrual cycles—the mark of their individual womanhood—while also acting as a universal biological clock threading time; a never-ending crimson wave of bloodshed.

Requiring no other props, these seven actresses move through The White Space at Pig Iron Theater as a united whole. Eventually, each woman comes forth to share a sliver of self through monologues, vignettes, poetry and song, before blending back into the fold to hold space for the next story offering. Boldly, these women emerge from a veil of societal shame giving voice to experiences such as orgasming for the first time through use of a vibrator; or the embarrassing stains left behind when a tampon is forgotten; not to mention, the decisions needed to be made when the blood unexpectedly stops coming. Unafraid, boisterous, and fierce, these actresses create a shared space to be heard, held and seen. Complimented by choreography designed to hold your interest.
[The White Space at Pig Iron, 1417 N. 2nd Street] September 10, 2016; fringearts.com/female-experience-birth-death.

One Reply to “HER: THE FEMALE EXPERIENCE FROM BIRTH TO DEATH (Basement Poetry): 2016 Fringe review 22”