Manayunk’s favorite theater company returns this Fringe with an original take on Shakespeare’s . After a serious of pint-in-hand ShakesBEER readings, it’s time for the Bard to detox with BEDLAM: SHAKESPEARE IN REHAB. Shakespeare’s heroines are ripped out of their respective stories and thrown into a haunting, run down institution as characters and audience alike are immersed in a world of mental health. Phindie talks to the playwright-directors Amanda Coffin and Gabriel Henninger and Sean Connolly, artistic director of Manayunk Theatre Company. [St. John the Baptist Church, 146 Rector Street] September 6-17, 2016; fringearts.com/bedlam-shakespeare-rehab. 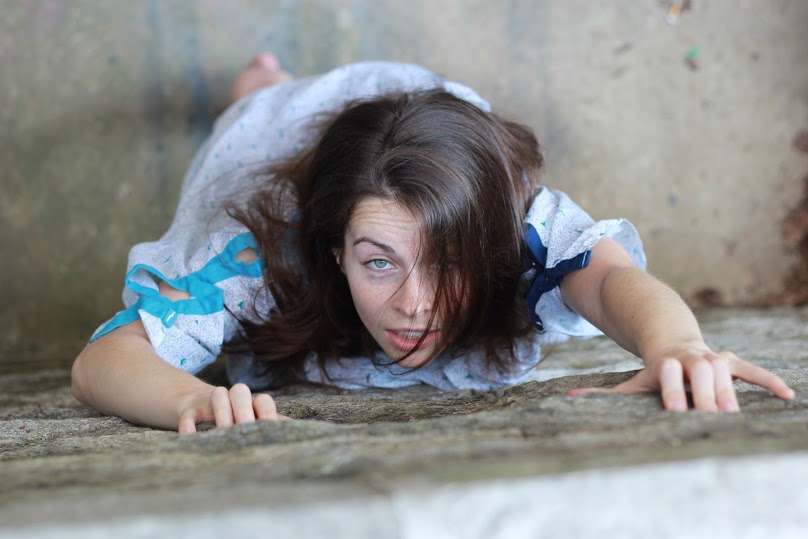 Phindie: What Shakespeare play would be most easily transferable to a mental hospital?

Amanda Coffin: I’m sure multiple theater companies have set Macbeth in a mental hospital with its dark atmosphere and otherworldly elements including witches, incantations, and hallucinations. Despite all of these flashy and exciting events (not to mention the murders), Macbeth is a play that questions human instincts and human nature: are we inherently good or inherently evil? It’s a very psychological play which makes the setting of a mental hospital, where the way we think is analyzed and diagnosed, an apt setting metaphorically. Not to mention we had the recent Alan Cumming version of the play on Broadway that used this setting.

Gabriel Henninger: I always thought it would be wild if the Tempest were transported to a mental hospital. With all of those crazy characters and magic going on, I think it’d lend itself nicely to a disorganized, untamed facility. Is everyone a hallucination? Is all that magic something stranger? Are all those wonderful characters just different patients that Prospero has to deal with? I think it’d change the whole tone. I think it’d make the whole play even more exciting. What a show it would be!

Amanda Coffin: I suppose Hamlet in a mental hospital would be an interesting choice given it is arguably Shakespeare’s MOST psychological play. Also King Lear, though taking away that image of the possibly mad man wandering the hills would be tough to lose. Hmmm….maybe one of these will be my next directing project!

Amanda Coffin: That is the question! The fact that we’re interested in the answer is what makes the plays important and interesting. If Shakespeare left us with clear rules regarding sanity or insanity his plays would feel like the morality plays that came before him. Instead of a black and white world he shows us the gray, and that is why his pieces have lasted so long. I could give you a dozen different answers to the question “Is Lady Macbeth mad?” and as a director that’s why this material is so thrilling!

Phindie: What kind of drunk would Shakespeare be?

Sean Connolly: I think Shakespeare would have made a terrific drunk. Probably one of those manic writer types who get inspired after a few drinks. Additionally, he probably would spend quite a lot of time in pubs (not only because the water was unsafe to drink) but also because pubs are probably the best place to observe the human condition.

Phindie: Sigmund Freud was famously a big Shakespeare fan? Who do you think has a better understanding of the human condition? Shakespeare or psychology?

Gabriel Henninger: That is an excellent question! Who did it better: Father of Modern Psychology vs the Baddest Playwright of the English Language? Tough call. I think that Freud loved our boy Billy so much because he really captured the essence of humanity, of what’s in our heads, long before Freud took a swing at it. Freud spent his life trying to get to the root of human behavior and it seems he looked to Shakespeare as someone who had us pegged from the start. In short, I think William Shakespeare wins for getting there first, and I think Freud would agree. And if he didn’t like that answer I would tell Sig to have a seat on the couch so we could talk it out.

Amanda Coffin: Freud tried to provide answers while Shakespeare asked questions. Freud worked with diagnosis and labels and formulas that could give answers and guide people to an ideal or “correct” way of being. Shakespeare didn’t have one answer or one formula (a luxury of being a playwright!), and he used hundreds of words to describe each of his characters. I think he was trying to explore the scope of the human condition and show all of its differences without choosing one way that was “correct”. Things like nature versus nurture, love versus lust, feminine versus masculine, and life versus death are only some of the huge questions he tackled in his plays. I’m always someone who embraces questions over declarations, so I think I’ll have to side with Shakespeare on this one.

Phindie: Are there any other Fringe shows you’re excited to see?

Sean Connolly: I am looking forward to seeing Crave by Sarah Kane and Pangaea: A Folk Opera.