The Mantua Theater Project (MTP) seeks to address the needs of the communities of Mantua and Powelton Village in West Philadelphia through self-esteem building experiences for youth in theater. They bring theater professionals—dramaturgs, actors, and directors—together with neighborhood children for workshops and small performances of the students’ original work.

Executive director Nick Anselmo, who founded MTP in 2012, is the director of the theater program at Drexel University. His directing credits include several productions for Passage Theatre, Philadelphia Young Playwrights, and Hedgerow Theatre. As an actor he has appeared off-Broadway at the York Theatre and at the Ensemble Studio Theater, working with director Rene Buch. Nick has an MFA in musical theater from University of California-Irvine and a certificate in Arts Administration from NYU. Nick spoke to Phindie after a recent MTP presentation of five new student works. [URBN Annex Black Box Theater,3401 Filbert Street] July 23, 2016; mantuatheaterproject.com.

Lauren Patterson: Nick, tell us a bit about your motivation for founding Mantua Theater Project.

Nick Anselmo: During my time with Passage Theatre Company, I worked to develop a children’s program called the State Street Project, which was essentially a replica of New York’s 52nd Street Project. It became obvious to me that these West Philly neighborhoods could benefit from the same type of engaging mentorship. With Drexel’s resources–facilities, personnel, and equipment–I saw the opportunity to bring the communities of Mantua and Philadelphia theater together.

Patterson: Unlike many children’s theater groups, MTP produces amateur works with the help of professional actors and directors. Why is this important, and what message does it communicate to audiences and the young playwrights?

Anselmo: Well, you know, it’s not Hamlet. We’re all here to have a good time and celebrate the kids. Our structure guarantees success because creative professionals can deliver a simplistic performance without demeaning the value of the piece. We want students to work one-on-one with directors and dramaturgs not only to give them access to first-class theater training, but also to validate their accomplishments and encourage them to pursue big dreams.

Patterson: How does MTP’s programming reflect those goals?

Anselmo: We focus mainly on development workshops with occasional performances. MTP has several levels of programming designed to keep the students involved as they mature and to keep them engaged with their community. For example, students may start with our playwriting workshop and then progress to accompanied, and eventually, unaccompanied, acting. We actually just had our return performance showcase on July 23, after a hiatus period.

Patterson: Of the youth who get involved in the program, what is the general level of theater experience they have coming in?

Anselmo: Virtually none. I’ll ask, “Who here has ever seen a play?” and they’ll respond “I’ve seen Star Wars, does that count?”

But I think that’s why this is so special. I remember one kid in particular who was so shy that he could barely deliver lines audibly. But by the end of the workshop, he was strutting the stage in full character as a bold, buff Santa! He really came into his own and that’s what we’re all about.

Trying something new is scary, but nothing builds confidence more than having an adult sit down with you and say, “Wow, that’s a really good idea!” We want them to love theater, and ultimately to know that what they have to say is important.

Patterson: Is that why you archive the scripts of all MTP productions on your website?

Anselmo: Yeah, that’s definitely part of it. We want people to know what we’re doing. It’s a great opportunity to showcase these students’ work.

Patterson: Several well-known Philadelphia actors and directors are involved with MTP, is that correct?

Anselmo: Yes, and they are wonderful. I recruited Damon Bonetti, who worked with me on the State Street Project, as well as the talented Charlotte Northeast, David O’Connor, and Bradley Wrenn (among many others).

Patterson: Tell us about the interaction between those professionals and the young playwrights.

Anselmo: The actors and directors really get into it. They get a little more freedom to be creative in these productions, and many have expressed that it has helped them develop more fully as a professional. And of course they love the opportunity to mentor young students in their craft.

Patterson: Can you describe MTP’s creative approach and guiding principles?

Anselmo: To help kids get their start in playwriting, we ask them to use animals and inanimate objects as characters, rather than trying to create realistic human characters. We find that when they try to write people they just end up regurgitating what they’ve seen on TV. This way, it comes from the heart.

It might seem simplistic, but these kids touch on some really tough subjects like homelessness, personal insecurities, and difficult relationships with family and friends. It’s very rewarding to witness young people speaking truth.

Patterson: Tell us about the touching tradition of bowing to the writer’s desk at the end of each show.

Anselmo: It’s one of the most important things we do. For each production, the playwright sits at the desk just off stage. When the show is over, we put them in the spotlight (literally) and the cast and crew bow to the writer. It is our way of recognizing the students’ work and celebrating their success.

Patterson: I’m sure that is a tremendous confidence builder. Have any alumni from MTP or the State Street Project had success breaking into the Philadelphia theater scene?

Anselmo: Several alumni of the Trenton [State Street] project now work as theater videographers and tech professionals. Our MTP students are still young, but I am sure we have future stars in our midst.

Patterson: If you had to describe your work with Mantua Theater Project in three words, what would they be?

Patterson: Much like this interview. Nick, thanks for your time and for the work you are doing to inspire the next generation of theater artists. 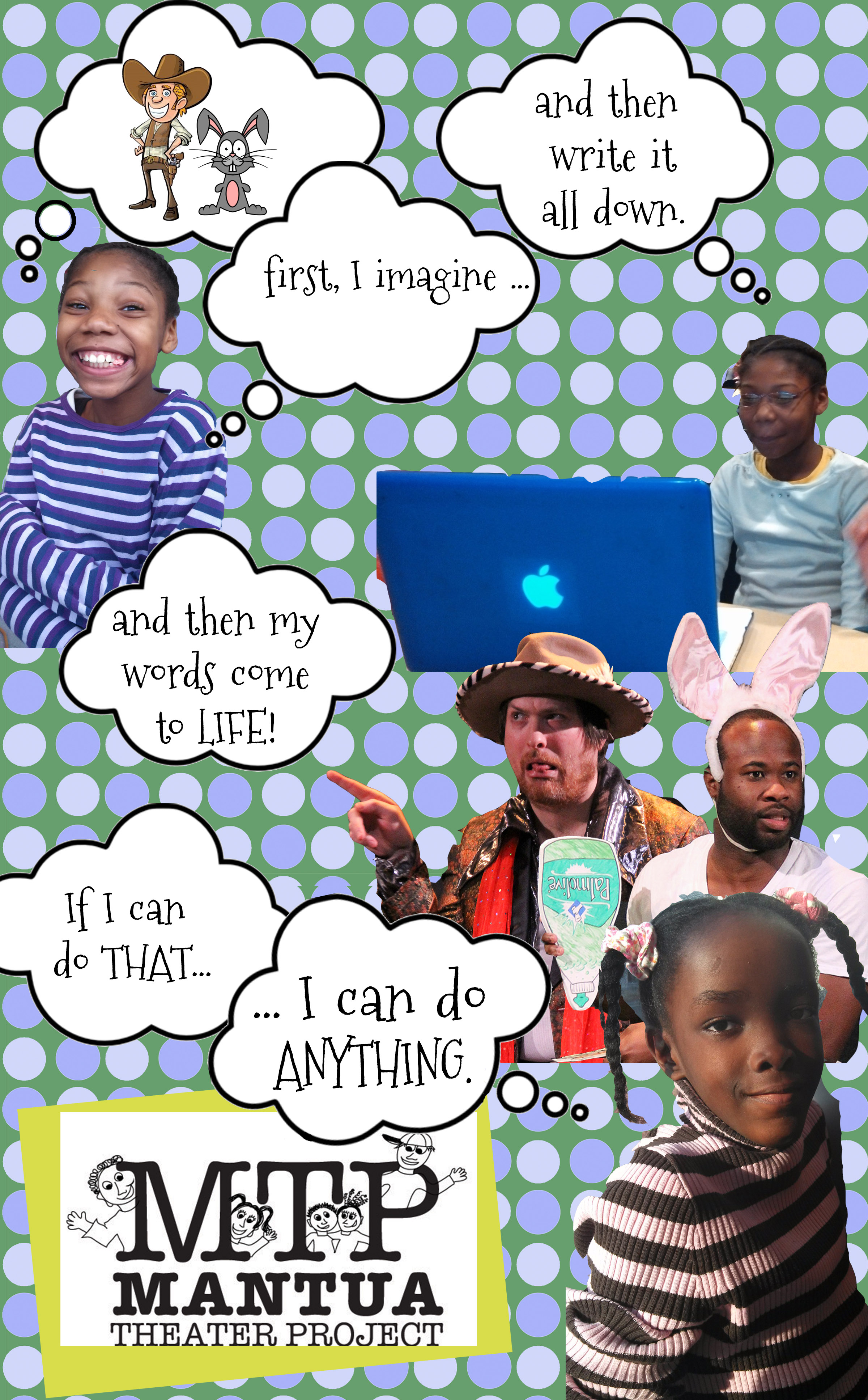