Perennial Fringe favorite Chris Davis is back with another signature adaptation of a literary/cinematic classic. His one-man version of Francis Ford Coppola’s war epic Apocalypse Now (itself an adaptation of Joseph Conrad’s novel Heart of Darkness) follows collaborative interpretations of Breakfast at Tiffany’s (Holly’s Dead Soldiers, 2013) and Planet of the Apes (Damned Dirty Apes, 2015), and his take on Anna Karenina (Anna K, 2014). Chris is also known at Fringe festivals across the globe for his solo adventures in corralled creativity (try to catch his Drunk Lion sometime). He’s just returned from the original Fringe in Edinburgh, Scotland. Chris compares the two festivals and shares his thoughts on waking up to the scent of Napalm. [Heart of Darkness Warehouse, 5213 Gray’s Avenue] September 9-24, 2016; fringearts.com/one-man-apocalypse-now. 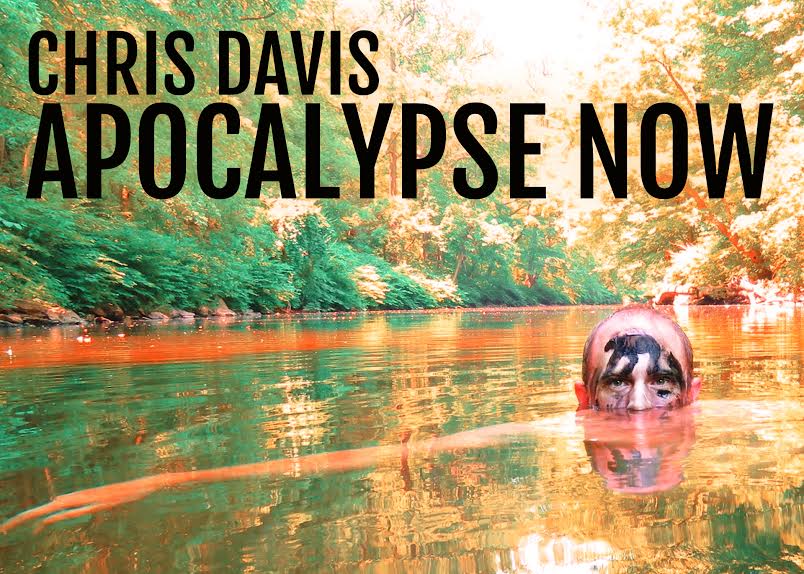 Phindie: What’s your favorite smell in the morning?

Phindie: What do you like about adapting classic works of literature and film?

Chris: I think they are still very relevant today and they have a structure that builds slower than a lot of modern work. They take their time to make their point. I like taking that and speeding it up, condensing it to our modern attention-span deficit culture.

Phindie: What’s your favorite scene in the movie?

Chris:  The end with Marlon Brando has always moved me, particularly the philosophy he espouses before he dies. Also the scene where chef tries to get a mango and a tiger nearly kills him.

Phindie: Um, spoiler alert. Are they in the play?

Chris:  Yes, the play has what I think are the quintessential scenes from the film.

Phindie: You have a rule about not repeating any line from the source material, which line was it hardest not to use?

Chris:  I am probably going to break this rule, but haven’t made an exact decision yet.

Phindie: The horror. You’ve taken shows to the Edinburgh Fringe the last few years. What has this taught you as a performer/producer/writer?

Chris:  Edinburgh Fringe Festival is the hardest festival I’ve ever performed in, and each year I am reminded why. It gives you the opportunity to struggle and thrive, fail and succeed, all in 25 straight days. And I love that challenge. Your show changes every day and adapts to the circumstances. Ultimately you leave a stronger performer and with a more powerful, precise show.

Phindie: What lessons should the Philly Fringe learn from the original Fringe?

Chris:  I think the Philly Fringe has really come into its own, and there are many similarities it shares with Edinburgh. If Philadelphia could replicate something like the royal mile it would bring in huge audiences. The royal mile is full of street performances all day, people flyering their shows, musicians, jugglers, face-painters, those human statues that put paint on themselves and move occasionally, sometimes even Predator shows up. It has a lot of energy and it feels like a festival. If we could close any street in the city and replicate it, even using the beer garden outside Fringe Arts, it could draw in more people and make the fringe more present to the city’s day-to-day life.

Phindie: Er, that would be cool. Do you have any picks for this years Philadelphia Fringe?

Chris: I like picking shows but they tend to be local and people I know. I try hard to go out and see shows produced by small companies that are new to Philadelphia and do not have a huge audience yet. I just look through the catalog and randomly pick things. So first I’d pick doing that. One such group Nip the Play at Tattooed Mom’s, produced by Amanda Holston who is new to Philadelphia. I’m excited to see it. Also Feed by Applied Mechanics. Berserker Residents I Fucking Dare You. Mike Durkin’s Animal Farm to Table. If Gunnar Montana is doing anything I will see that. Brian Sanders. Emma Arrick. Ah there’s too many shows I want to see I hate to leave anything out. Crave? Speculum Diaries by Irina? One Way Red by Dani Solomon. It’s going to be a great festival and there are many more shows I hope to see.

Phindie: I hope you get to them. Thanks Chris!