We live in a world in which more violence gets reported than ever before, both here and abroad. The numbers of those incidents are staggering. It’s against this background that Sarah Gafgen, well-known Philadelphian actor, singer, and director came up with the idea of producing a charity concert by actors and performers from the Philadelphia theater community in support of three organizations that work diligently on overcoming violence: the National Organization for Victim Assistance, the Anti-Violence Partnership of Philadelphia, and the OneOrlando Fund. In spite of her workload at a summer camp and her other obligations, Sarah went all out to get things done.  [Plays & Players, 1714 Delancey Street] August 22, 2016; phillyloveconcert.com.

Henrik Eger: Sarah, could you tell us about your project, which, in spite of the violence, sounds wonderful.

Sarah Gafgen: Between late June and mid-July so many of us were shaken to our core and shocked by the incredible amount of violence that occurred in our country. So many lives were taken in blatantly, violently and seemingly without reason. Cries went out on social media “What do I do?” “How can we change?” “How do we stop this?”

Henrik: Given the many theater artists in the Philadelphia area, how did you find the performers, and what were their initial responses?

Sarah:I created an open invitation on Facebook with a link to a sign-up form to allow anyone who wanted to participate a chance to be included. Many members of the Philadelphia artist community wanted to help. Some shared messages of loneliness, despair, and sorrow.

Henrik: How did you respond?

Sarah: Initially, like so many others, I felt helpless and overwhelmed by the hate between people. However, the more messages I saw, the more I wanted to take action, to DO something.

Henrik: I’ve seen you in action as an actor, a singer, a director, and as a highly organized person who knows many if not most people in the Philadelphia theater world.  So what did you?

Sarah: I thought about my skills and what I know how to do: I know how to sing and perform, and I know how to get a whole bunch of incredibly talented people into a room and create an evening of music that will hopefully leave people feeling much better than they did when they came in.

Henrik: Great, but how did you find the three organizations that will benefit from the anti-violence concert?

Sarah: I know how to do research. I looked up organizations who were working to help victims of violence of all kinds and who provide resources when they are most needed. I reached out to each of the three organizations who will receive the proceeds of this concert and ironed out details. 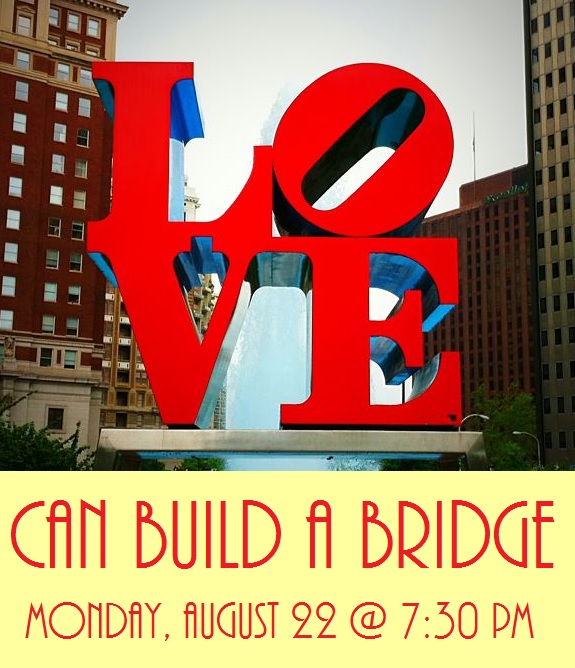 Henrik: Which ones did you select?

Sarah: The National Organization for Victim Assistance, the Anti-Violence Partnership of Philadelphia, and the OneOrlando Fund.

Henrik: Given the scarcity of concert halls, especially if one has no money to start with, what did you do?

Sarah: Plays & Players generously offered us their theatre space for the evening and every performer, musician, technician and front of house member is donating their time which means EVERY PENNY that is raised is going to these organizations.

Henrik: Great, and what kind of program did you put together for that special anti-violence fundraiser?

Sarah: Songs will include messages of love, unity, and hope. We hope to inspire the attendees to go out and continue bringing messages of love, as it is only through LOVE that we can overcome hatred. If we can make the voice of love stronger and louder than the voice of hate, we have a chance to make a change.

Henrik: That’s wonderful.  How many theater artists and musicians have responded and what name did you give your anti-violence program?

Sarah: “Love can build bridges.” Over 30 actors and musicians have volunteered to perform that night without any charge.

Henrik: That’s the Philadelphia Theater community. I tip my hat. How much do tickets for this concert (all for a good cause) cost?

Sarah: $30 at the door at Plays & Players [1714 Delancey, Philadelphia], this Monday, August 22, at 7:30 pm, with one intermission. Industry tickets $15, although we hope that people will invite their friends to the show and donate generously.

Sarah: We created a website—PhillyLoveConcert—with a lot of information, including photos of singers and musicians. If you click the little icon on the top left hand side of the opening image you can visit the various pages.

Sarah: There will be one intermission with wine and the opportunity to meet friends, old and new. We look forward to sharing a night together, sharing great music, and lifting up people and organizations who are taking RISKS to move our country forward.

Henrik: A big thank you to you, Sarah, and to everyone involved in this project. I heard you might have a surprise or two for us that evening, but I won’t give anything away, except to say that Phindie is going to publish an interview with some of the actors and musicians who will perform Monday night. See ya at Plays and Players this Monday at 7:30 pm.

One Reply to “Building Bridges with Love and Theater: Sarah Gafgen organizes a concert for victims of violence”