An American playwright and four-time Tony Award nominee, Chad Beguelin wrote the book for Disney’s Aladdin, as well as additional lyrics for the score. He was nominated for Best Original Book and Best Original Score for Aladdin. He also wrote the lyrics and co-wrote the book for the Broadway musical The Wedding Singer. He was nominated for two Tony Awards for his work on the musical, as well as a Drama Desk Award for Outstanding Lyrics. He also wrote the lyrics for the Broadway musical Elf the Musical. Originally from Illinois, he now lives in New York but travels extensively, working on new shows and musicals. Currently, he is writing a musical in Atlanta, Georgia.

Beguelin’s play HARBOR, which runs this month at Quince Productions’  GayFest!, tells the story of two newlyweds, Kevin and Ted, who live in an affluent subset of the Hamptons. They clash over raising a baby, struggling to make tough decisions. When Kevin’s 15 year old niece, Lottie, and her ne’er-do-well mother, Donna, drop in unannounced on the couple’s beautiful Sag Harbor home, all hell breaks loose. The bonds between kith and kin are tested in this alternately biting and touching comedy about the constantly shifting nature of the meaning of family. HARBOR premiered with Primary Stages, NY in 2013 under the direction of Mark Lamos. Broadway World praised the play and declared that Beguelin “proves he is serious competition for any established Broadway playwright.” [Studio X, 1340 South 13th Street (at Reed)] August 15-26, 2016; quinceproductions.com.

Henrik Eger: You have quite an impressive background. What were your first experiences with theater in your childhood?

Chad Beguelin:  I’m from a small town in Southern Illinois, and when I was a kid I saw a community theater production of Oliver! I was immediately mesmerized. I also had a crush on the kid who played the lead. So I realized my love for theater and other boys in one fell swoop.

Eger: When did you discover that you enjoyed writing? Do you remember the themes of some of your first lyrics, poems, stories, perhaps even scenes and plays?

Beguelin:  I was always writing skits and short stories when I was younger. Thankfully, I had parents who were very encouraging. I think if I told them that I had wanted to do the hula on the moon, they would have encouraged me to go to space camp and buy a grass skirt. My early stuff is generally embarrassing, mostly because I think all writers have to work at finding their own voice.

Eger: How did the Disney Company discover you, or did you discover Disney?

Beguelin:  For Aladdin, Disney called me in for a general meeting. They had some titles that they wanted to have turned into scripts so that they could license them out to schools and community theaters. I looked over the list and picked Aladdin. It was never meant to be on Broadway. Thankfully, the first reading went so well that the whole trajectory changed. 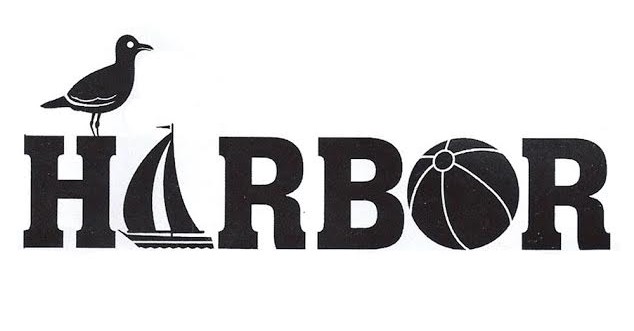 Eger: What is the genesis of HARBOR?

Beguelin:  My husband Tom and I never really seriously considered having kids, but about ten years ago, a friend asked if I would be willing to donate my sperm so that she and her girlfriend could have a child. Tom and I ultimately decided that it wasn’t the right decision for us, but it kicked up many questions about children. I began to wonder what would happen to a couple like the two of us if one side decided they had the need to parent and the other side was completely against it.

Eger: It’s easier to get an audience for the Pope than to get through to Chad Beguelin, even though your assistant was very kind and helpful. Tell us more about the demands on you ever since you won important awards and received outstanding reviews for your work?

Beguelin:  I’m sorry it was hard to get through to me! I can’t apologize enough. But I’ve got a pretty good excuse: I’m currently out of town with a new musical called The Prom. We’re doing our try-out in Atlanta. It’s been a very hectic time to say the least. We have our first preview in two days, and we’ve been rewriting like crazy. The musical is about a lesbian who is told she can’t take her girlfriend to the prom. So who knows, maybe it’ll show up in a future GayFest!

Eger: Some of your plays attract large family audiences with children, for example, Elf. On the other hand, you also have written gay plays like HARBOR. Given the Puritanical influence in certain sections of the US population, has there ever been a boycott of your work? Or would you say that, as a whole, this country has become more mature now than it was in the past?

Beguelin:  There is a scene in my musical The Wedding Singer, where a guy proposes to another guy. It got back to me that a high school had changed it to a girl and a guy for clearly homophobic reasons. I was able to threaten to stop the production unless the gay proposal was reinstated. That’s the only time my work has been censored, at least that I know of.

Eger: Congratulations on having stood your ground. In which state did this incident occur, and how long ago was that? Did the high school give up its homophobic stand and produce The Wedding Singer the way it was written, or did they kill the show?

Beguelin: It was actually a couple of years ago in Pennsylvania. The school did back down and the gay wedding proposal stayed in the show.

Eger: What projects are you working on these days?

Beguelin:  Aside from The Prom, I’m working on a new musical called Half Time. It’s based on a documentary called Gotta Dance that follows a senior citizen hip-hop dance squad. No, really.

Eger: How has your marriage to Tom impacted your life as a writer?

Beguelin:  Tom and I have been together 22 years. He’s always encouraged me through the endless rejection, especially in the early years when I couldn’t even get a producer or agent to read my work. He’s also become a very valuable sounding board whenever I’m stuck.

Eger: That’s wonderful. What advice do you have for young playwrights on how to grow without getting jaded or worn out by rejections?

Beguelin: I think it’s a matter of perseverance. I went to NYU to study dramatic writing. I’m sure I wasn’t the smartest or most talented in my class. But I was one of the more determined, and I think that’s what helped me in the long run. When no one would produce my plays, I would produce them myself with friends who happened to be actors in cheap little theater spaces. I was able to slowlymove to bigger venues and finally got to the point where I had my plays produced professionally. I simply wasn’t going to give up. It was very daunting at times. That’s why you have to surround yourself with supportive friends and loved ones.

Eger: As a dog owner myself, who gets cheered up every day by my Cocker Spaniel, how is your Yorkshire Terrier, Bailey, impacting your life as a person and a writer?

Beguelin: There is nothing better for writers’ block than an extended game of fetch. It’s like magic.

Eger: Would you be willing to share a thing or two with us about your life that only your closest friends know?

Beguelin:  I have a gold tooth. You can’t see it, but I still think it’s kind of gangster—in a middle-aged-gay-man-kind-of-way.  I can also read palms, but I’m much better at it when I’m drunk.

Beguelin:  I am so sorry about how hard it was to get in touch with me. I’m in the middle of an out-of-town tryout with a new show. It’s been nonstop rewrites! That also means I’m in Atlanta and can’t come see HARBOR in Philadelphia.

Eger: Chad, if your play is as entertaining and thought-provoking as your interview, we should all have a good time—although I’m sure we’ll miss you at the premiere.