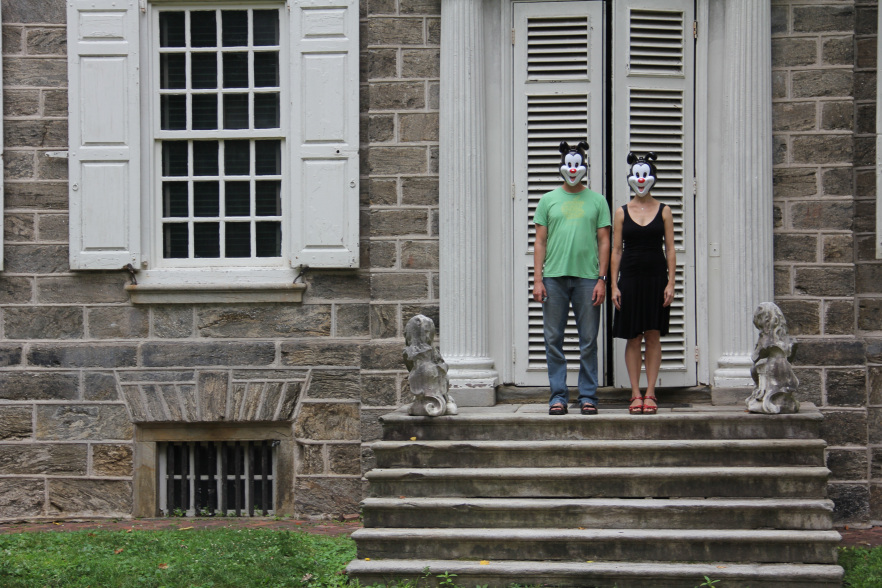 The best showcase for new performing arts in Philadelphia gets Revolutionary August 5 + 6, 2016, with an evening of beer and performance at Cliveden, the site of a battle from the War of Independence.

Automatic Arts (formerly SmokeyScout Productions) presents HOME ENTERTAINMENT, an expanded version of its acclaimed Nice and Fresh series. These fast-paced evenings will see short theater, dance, and multi-disciplinary pieces outside on the grounds, on the back patio of the house, and even walking through the historical kitchens and encountering random acts of theater.

Cohosted by Josh McIlvain and Ed Miller, HOME ENTERTAINMENT is a new high point in the relationship between Cliveden and the performing arts company Automatic Arts. The company has presented numerous editions of its Nice and Fresh series at Cliveden over the past two years, as well as at other sites around Northwest Philadelphia.

HOME ENTERTAINMENT will mix formal presentation of theater, dance, music, and multimedia performance, with periods in which the audiences freely roam the grounds encountering a number of both static and “live” (with human beings as props) art installations. The work ranges from playful and funny, to surreal and beautiful, to a searing new work by Poet Laureate of Philadelphia, Yolanda Wisher.

Wisher has written a new poem, “the ballad of laura nelson”, which will be projected against the Cliveden house, with the words appearing (and disappearing) in the rhythm audiences are meant to read—as if the words are talking to you but without a voice. In turn, the poem is scored by jazz composer and trombonist Brent White (Brent and Lauren Putty White of Putty Dance Project are also showing an excerpt of iStand).

Miller has helped create a number of secret little episodes that will be happening including a “Loop Tour” with Bradley Wrenn of Beserker Residents, and special and devious things he has planned for the tour of the kitchens (including one featuring Deb Crocker and music by Andres Villamil).

McIlvain presents a new one-act play Thom Jack and the Caretaker (about a disgruntled caretaker of a historical house who won’t vacate and a well meaning events coordinator who only makes things worse). Gwendolyn Rooker and her diet-conscious pony bring a hilarious and perverted puppet show, Asya Zlatina is showing a new dance, and there will be live music by Chickabiddy (Aaron Cromie and Emily Schuman). Other artists include  John Rosenberg of Hella Fresh Theater, Wyl McCaul, Joshua Millhouse, Anna Kroll, and Iva Fabrikant..