Damon Bonetti is the director of BOEING BOEING at the Hedgerow Theatre, where he has directed the last two summer farces (No Sex Please, We’re British! and The 39 Steps) and previously acted in Visiting Mr. Green and Marat/Sade.

A Philly based actor and director, he recently directed True Story (Barrymore Nomination: Outstanding Director), The Gun Show and The Goldilocks Zone (Passage Theater), The Stinky Cheese Man (Walnut Street Theater), The Rage of Achilles (CCTC), and The Shape of Things (Rutgers/Camden). Recent acting: And Then There Were None, Arsenic and Old Lace (Walnut), The Hound of the Baskervilles (Lantern Theater), Rizzo (Theater Exile) and God of Carnage (Montgomery Theater). Bonetti is the Co-Founder of the Philadelphia Artists’ Collective and has directed He Who Gets Slapped, The Sea Plays, Changes of Heart, and Blood Wedding (co-production MPiRP at Drexel University). He appeared in The Duchess of Malfi and Creditors. M.F.A. Florida State University. [Hedgerow Theatre, 64 Rose Valley Road, Rose Valley, PA] July 7-August 21, 2016; hedgerowtheatre.org. 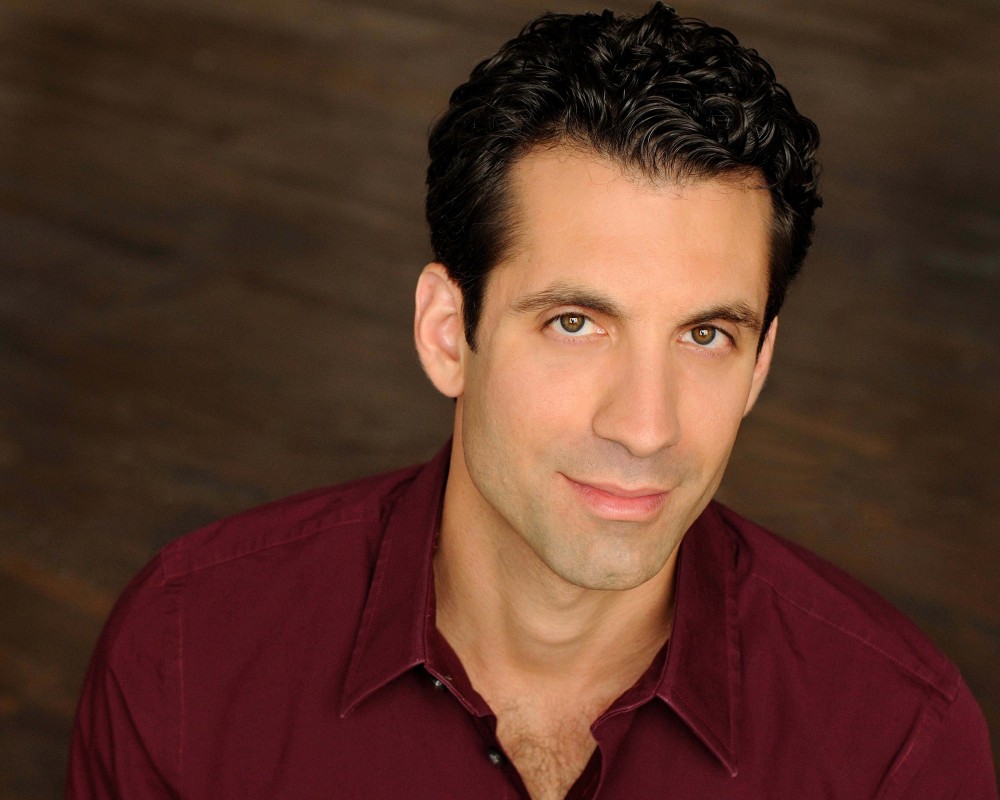 Henrik Eger: What are some of the best aspects of this production of BOEING BOEING for you?

Damon Bonetti: I enjoy coming out to Hedgerow’s. It’s a beautiful theater and they have a long tradition of the summer farce. We have a great young cast assembled of familiar faces to Hedgerow and a couple of wonderful new ones. It’s a fun and physical play that makes for an excellent summer evening of theater.

Eger: What skills did you bring to your role as the director?

Bonetti:  My job is to make sure the story is told, the set-up makes sense in the first act so the jokes land in the second, and to establish the style of the play to make sure that that farce engine is moving at high speed.

Eger: Some directors sometimes change or rephrase a script. Did you do that for this production of BOEING BOEING?

We didn’t change a thing for this production. The Broadway revival with Bradley Whitford made Bernard an American—so we kept that change in place.

Eger: What did you do in this production that you could use in the future?

Bonetti:  Each show is unique, but there are a few bits of physical comedy that we’ve come up with in this show that I would steal for the future if the time and place were right!

Bonetti:  Well it’s not exactly Hamlet. If you enjoy a fun night at the theater, some ridiculous situations and fine comic acting in the most beautiful location in the Delaware Valley you should have no problem understanding this show. See you at the Hedgerow Theater!

Eger: Given the hilarious scenario in Boeing Boeing, what were some hilarious moments in your own life?

Bonetti: After my bachelor party in Sarasota, FL, we couldn’t find my car the next day. It was parked in a tree. Everything prior to that only my best friends know . . .

Eger: Could you share one thing that only your best friends know about you?

Eger: What are your engagements as a director and/or actor for this year and 2017?

Bonetti: I’m directing the touring children’s show for the Walnut Street Theater in September; reprising my role as The Reporter in Bruce Graham’s Rizzo, the Theater Exile hit, which is being produced by Philadelphia Theater Company in October; playing Parolles in All’s Well That Ends Well with my company, the Philadelphia Artists’ Collective (PAC) in December; directing Proof at Rutgers University at Camden (opens April 2017); and directing The White Devil for the PAC (opens May 2017). In addition, I teach at Drexel, Rowan, and Rutgers.

Plus, look out for a series of commercials I’ve done for Quest Diagnostic, Aetna, and Sirius XM!