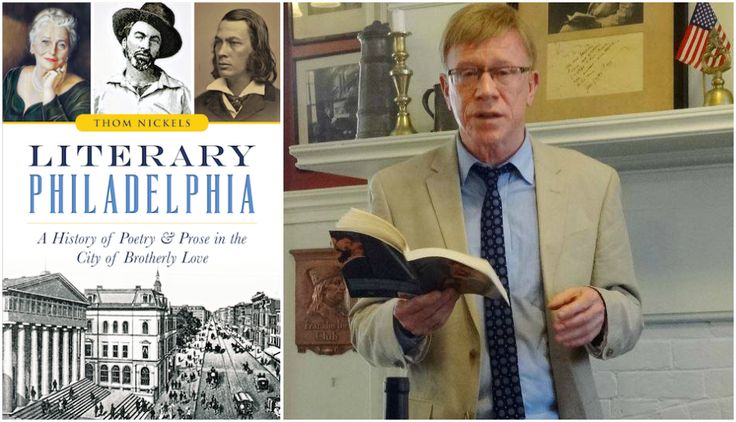 Thom Nickels knows Philadelphia. He is the City Beat editor at ICON magazine, a weekly columnist for Spirit Newspapers, a blogger for the Huffington Post, a poet, and the author of eleven books. He’s the go-to person for background on Philadelphia architecture, the history of gay Philadelphia, and now, literary Philadelphia.

On Wednesday March 16, 2016, at 5:30 pm, Nickels will read from his latest work, Literary Philadelphia: A History of Poetry & Prose in the City of Brotherly Love. The talk will focus on some of the important writers who have lived in and around Philadelphia over the past two centuries, as well as some of the city’s most eccentric and notable early booksellers.

Nickels will answer: Why was Philadelphia known as “Sin City” in the 18th Century? What about the fierce literary competition between Bayard Taylor and Walt Whitman? Or the swashbuckler writer George Lippard, or Edgar Allan Poe’s unlikely friendship with the Jesuits of what is now Fordham University?

Her will look at the career of James Michener (as a youth he was the Bucks County version of Jack Kerouac), and touch on the mostly ignored artistic legacy of Agnes Repplier, “the Jane Austen of America” who once shared a bit of whiskey with Whitman.

That’s right, you don’t know Philadelphia writers like Thom does.

Athenaeum of PhiladelphiaLiterary Philadelphia: A History of Poetry & Prose in the City of BrotherlyPhiladelphia writersThom Nickels