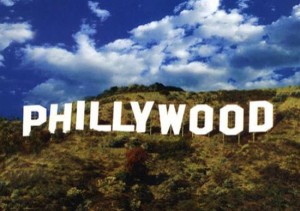 Regardless which club you belong to, the City of Brotherly Love has a warm, soft spot for the rear of every breed of moviegoer this weekend, whether you fancy the biopic or the action flick.

FOR THE OSCARS ENTHUSIAST

OSCAR NOMINATED SHORT FILMS 2016: LIVE ACTION and ANIMATION at the Ritz at the Bourse

You know those categories nobody really pays attention to during the ceremony? Well, thanks to the Ritz at the Bourse, you can view all the nominees of two of these categories, the live action shorts and the animated shorts, in one go and seem smarter than everyone else at the party. Showtimes are running now through March 3rd with multiple screenings nightly, at $10 per person ($7.75 for weekday showings).

Unfortunately, AMC doesn’t run the 24-hour Best Picture marathon at any locations near the city—but you can catch four of this year’s nominees (Brooklyn, Spotlight, The Martian, and The Revenant) back-to-back this Saturday, the 27th starting at 10 a.m. at the AMC locations in Neshaminy, Cherry Hill or the dine-in theater in Westchester. Hurry; tickets are selling fast.

And, finally, dress up and spend the big night socializing with fellow film aficionados at the PFS annual Awards Night Party. The event will include food, drinks, a red carpet pre-awards show, and live entertainment. And if that isn’t enough, you even have the opportunity to put your Oscar vote in the ballot competition (Leo for the win!). Tickets are available now.

FOR THE OSCAR MEYER ENTHUSIAST

THIS WEEKEND AT THE BOX OFFICE

Opening this weekend (Friday, February 26th) are two edge-of-your-seat popcorn flicks: Gods of Egypt, another one of those blood-filled mythological adventure epics in the likes of Immortals and 300 (yeah, Gerard Butler’s in it) is sure to kill at the box office.

And if you’re in the mood for some martial arts action and you enjoyed 2000’s Crouching Tiger, Hidden Dragon, then you get extra brownie points, because that movie won like four Oscars, so you’re kind of participating in the ceremony (but since the sequel most likely won’t get nominated, you’re kind of not) if you see this year’s Crouching Tiger, Hidden Dragon: Sword of Destiny. Sounds like a bad straight-to-home-video sequel, I know, but it’s not. It’s actually a Netflix movie. But hey, it’s got Donnie Yen, and it’s in English, so it’s worth it.

If you don’t feel like going out this weekend, Amazon recently added a ton of new titles, including Spectre for the Bond fans, Chi-Raq, for Spike Lee’s die-hards, and the latest season of The Walking Dead, for just about everyone else.

Finally, for those who fall into the category of “Won’t be watching the Oscars” but still consider themselves film enthusiasts, just pissed-off  film enthusiasts, we got you covered, too. Consider attending cineSPEAK’s #BoycottTheOscars series kick-off screening of Spike Lee’s She’s Gotta Have It, taking place at Yung Candy (2809 W Girard, Phila PA 19130) during the exact time of the Oscars ceremony (7 p.m.) Buy tickets in advance for $7.

Or, catch David Gordon Green’s George Washington, a critically acclaimed black indie film which debuted at the Philadelphia Film Festival in 2000, screening tonight at 7 p.m. at the PFS Roxy Theater. Tickets are only $9 each.

But if you really want to make a statement, watch Chris Rock’s opening monologue at the ceremony this Sunday night, and then shut your TV off once it’s over. You could even tweet about it afterward (#BoycottTheOscars). The man deserves some support for agreeing to host an awards ceremony that has angered African Americans across the country for two years in a row, and he’s bound to have something—something hilarious, no doubt—to say about the whole ordeal, since he’s already commented on racism in Hollywood and his role in helping black comedians get a foot in the door in the industry. Survey says he’s worth listening to.

However, if you’re so disgusted by this year’s controversial list of nominees that you’re not even willing to flip to the channel, chances are you could catch Rock’s monologue on YouTube Monday morning.

One Reply to “This weekend in film: Philly at the movies”