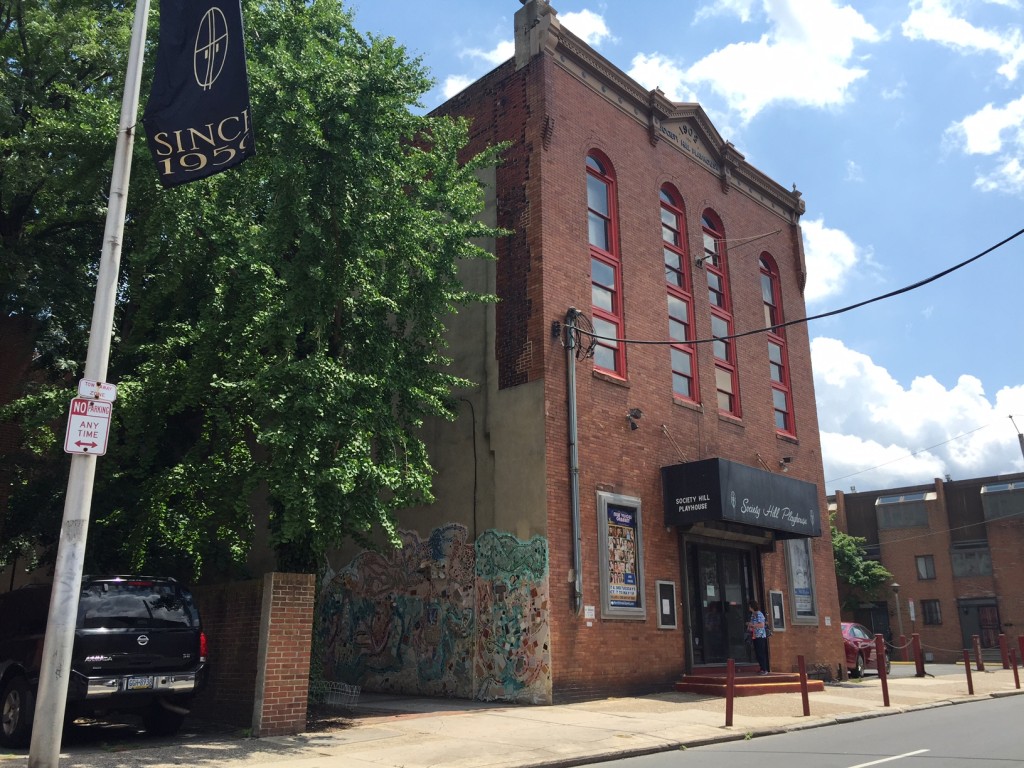 A stalwart of Philadelphia theater since the 1960s, Society Hill Playhouse will close on April 1, 2016. Founded in 1959 by Jay and Deen Kogan, it has has produced hundreds of American and European premieres; developed many notable programs; and trained countless artists.

In recent years it has become known for such crowd-pleasing shows as Menopause the Musical, the longest-running show in Philadelphia this millennium, but the show fliers on the walls attest to a history of producing cutting-edge 20th century theater. It’s smaller Red Room theater has hosted Fringe and fringey theater groups, including a multiple-year residency by acclaimed indie troupe BCKSEET Productions.

Real estate developer the Toll Brothers plans to demolish the building and build apartments. This Spring’s programming is the final chapter in a long history.

February 12-14. Hamlet.
Directed by controversial director Harrison Stengle, this Hamlet features sock puppets, light saber battles, Hamlet wearing a mascot head of a wolf and other avant garde effects to capture the feelings and emotions of “the groundlings” who first saw the classic work.
eventbrite.com/e/wolf-head-hamlet-tickets-20120209087

March 13. Indoor Yard Sale.
Any organization interested in lighting equipment or theatre seats may contact the playhouse to
see what is available prior to this date.

March 25. GOOD BYE PARTY
All those who worked at or supported the theater over theyears and those who supported it are invited to drop in. RSVP to societyhillplayhouse@gmail.com.

2 Replies to “The Last Days of the Society Hill Playhouse”