Perhaps the greatest living playwright, Tom Stoppard has written some of the finest theatrical works of the last fifty years, including Rosencrantz and Guildenstern Are Dead, Travesties, and Arcadia. He has won four Tony Awards for best play and an Oscar for best original screenplay (for Shakespeare in Love). Born in Czechoslovakia, he received a knighthood from his adopted country of Great Britain in 1997. His latest work, THE HARD PROBLEM, has its U.S. premiere at Wilma Theater this month.

In this exclusive interview, conducted in the Wilma lobby following the opening of THE HARD PROBLEM, Sir Tom shared his thoughts on theater and life with Phindie. 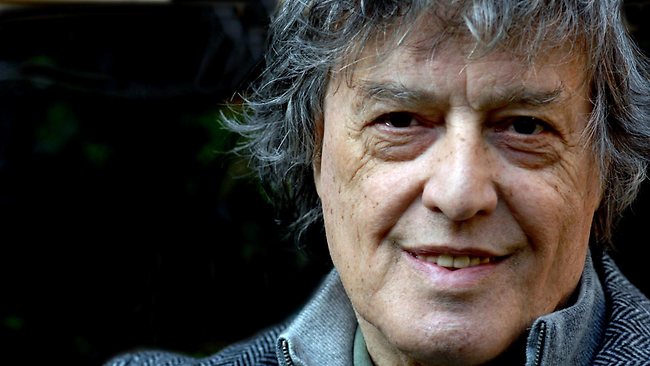 Phindie: Hi, I wanted to shake your hand. I admire your work greatly.

Tom Stoppard: Thank you. Are you involved in the theater?

Phindie: No, I mean, kinda: I run a theater and arts website.

Tom Stoppard: Oh, I heard about you earlier. [Phindie’s date had earlier gone up to Tom Stoppard to get his autograph because Phindie was too star-struck.]

Phindie: Yes, thank you for the autograph. How do you like Philadelphia?

Tom Stoppard: I do. I… [He is interrupted by a guy coming up to Tom Stoppard to tell him that he videoed his remarks about Wilma director Blanka Zizka at an announcement ceremony earlier that week. The guy asks Tom Stoppard if he has seen the video on YouTube. Tom Stoppard hasn’t.]

Phindie: What I like about your plays is that…. [the interview is cut off when the possibly intoxicated director of THE HARD PROBLEM comes to give Tom Stoppard a hug. Phindie hangs around awkwardly for an awkwardly long minute or two then retreats to the hors d’oeurves table.] It was a pleasure talking to you [Phindie says to Phindie’s self.]