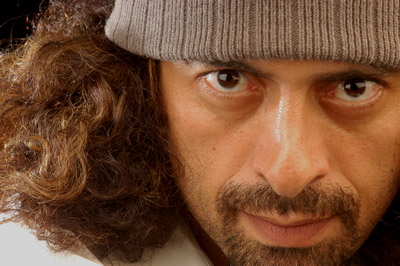 Pounding bass rhythms pulse through the Koresh Dance Company’s Studios on Rittenhouse Square as artistic director Roni Koresh rifles through music on his laptop. He looks over at his troupe of eleven dancers, who are also running through various bits of his choreography, and after a long pause, Koresh laughs “I don’t even know what they are working on, they have so much they have to learn.”

At noon on the first Monday of the year, which also happened to be the coldest day so far this winter, the dancers are hardly looking anything but rusty after almost six weeks off. They will be on the road again soon, but they are preparing for their performance just days away in the Art After 5 series at the Philadelphia Museum of Art. The company will perform two 45-minute samplers of Koresh’s repertory works. It will be the first of the troupe’s “Philadelphia Interludes” throughout the year at area venues including Longwood Gardens and the Barnes Foundation.

It is all part of celebratory programming as Koresh launches into their 25th Silver Anniversary year. In addition to touring their repertory, they will perform an evening of premiere pieces for the gala official anniversary kick-off in March at the Suzanne Roberts Theater in Philadelphia. Previews of which Koresh is planning to show mid-January at the Association of Performing Arts Presenters (APAP | NYC).

“We had off a long time, but it was all by design,” the company skipped their fall programming last year in Philly to “Have everybody miss us for a minute.” Koresh said, as the propulsive club rhythms give way Claude Debussy’s piano music that suddenly engulfs the room. The mood stays charged as the dancers disperse, some continuing to work on phrases, others stretching or going out for a minute.

The rehearsal regime is particularly demanding on Casey McIntyre and Vanessa Guinto, the two newest members of the troupe, because they must learn so much new choreography on top of repertory in mere months, but Roni has complete confidence that they will be “brilliant.”

Koresh is all smiles being back in the studio with the dancers, but admits that he feels a bit disheveled, hasn’t shaved and for the past month, hasn’t slept much. “Also we didn’t have a fall run in Philly because wanted to save money. We didn’t want to get into the New Year with debt. We spent a lot of money on the festival last in the summer. We took risks and we’re hopefully investing in its future. “

Koresh’s Come Together summer festival keeps expanding “Now everybody wants to be in the festival,” Koresh said. “Now I have to make the city feel that it’s important and all of the foundations. How can you build something so magnificent and still have to convince them?”

He can’t worry about that now with the museum performances this week and an otherwise crowded schedule which includes among other things, fundraising, board meetings, artistic meetings and looming winter tour itineraries. Whatever else is happening, Koresh says he must “clear my mind to stay fresh for the studio and choreographing. Whether the creation is serious, sad or whatever, I have to be happy to choreograph and I have to be excited to do it.”

His insistence on this is palatable in the studio when he is developing new work, whatever pressures mount, he has proven skills to know what is working or not. To watch Koresh in the studio is to see a unique dialogue of creative communication between the dancers and the choreographer.

Koresh is philosophical about his 25th year running the company and about the ongoing challenges keeping a dance company going against all odds. “I remember all the struggles. Sometimes I look at the naive and innocent way that I used to create.” He views his work on an artistic continuum that is constantly searching and revealing.

“I started choreographing at sixteen. I was also teaching in Israel at a cultural center. Me and my brother, Alon would carry my stereo on our bicycles. I insisted always on having good sound. I had forty students. I would take classes in Tel Aviv and I was in a small company, and teach what I knew. I was an expressive dancer, so I started forming a voice of my own. Even then I had the bug and I knew I could inspire people. I knew I could make them want to do this.”

Koresh doesn’t know exactly how many choreographs he has created, but including shorter works, he estimates between three and four hundred. He said that his creative well never runs dry.

“With choreography, you become more sophisticated or distilled over time. When I was younger, I just expressed without thinking. Everything came from me, my point of view and inside,” he says as he pounds his torso. “Now it’s just as much composition, design, search, discovery…forcing myself to go in directions that I wouldn’t before. Making the uncomfortable, comfortable.”

At APAP, Koresh will preview developing segments from “23: Deconstructing Mozart” , his centerpiece of the official kickoff of the Silver Anniversary season. Koresh has been collaborating with multimedia composer Paul Miller, aka DJ Spooky, on this centerpiece work that will reflect the company’s history.

“The whole idea this year is to know where we come from creatively, as individuals, as artists, on this anniversary and how to move forward together. Imagine if politicians and heads of state had that common goal…” Koresh starts to muse, but trails off as his eyes focus on the women performing an ensemble section for the Mozart piece. He starts to circle around them with a steely gaze catches every angle and stops in front of them at the end of the section and tells them quietly, “Yes, that’s really hypnotic.”